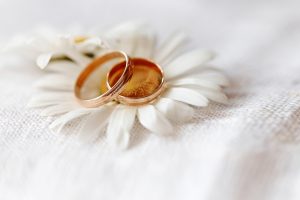 The Quran is the only religious scripture in the world that says, “marry only one”.

Why is a man allowed to have more than one wife in Islam? i.e. why is polygamy allowed in Islam?

In Islam, limited polygyny is permitted; whereas polyandry is completely prohibited. Now coming to the original question, why is a man allowed to have more than one wife?

2- The Quran is the only religious scripture in the world that says, “marry only one”.

The Quran is the only religious book, on the face of this earth, that contains the phrase ‘marry only one’. There is no other religious book that instructs men to have only one wife. In none of the other religious scriptures, whether it be the Vedas, the Ramayan, the Mahabharat, the Geeta, the Talmud or the Bible does one find a restriction on the number of wives.

According to these scriptures one can marry as many as one wishes. It was only later, that the Hindu priests and the Christian Church restricted the number of wives to one.

Watch this video by Dr. Zakir Naik to know the answer to the questions: Why does Islam allow a Muslim man to marry more than one wife?