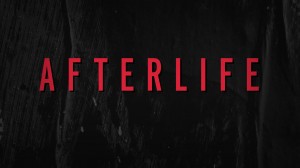 Muslims believe that the present life is a trial in preparation for the next realm of existence.

Muslims believe that the present life is a trial in preparation for the next realm of existence. When a Muslim dies, he or she is washed and wrapped in a clean, white cloth (usually by a family member) and buried after a special prayer, preferably the same day. Muslims consider this a final service that they can do for their relatives and an opportunity to remember that their own existence here on earth is brief.

The question of whether there is life after death does not fall under the jurisdiction of science, as science is concerned only with classification and analysis of sense data. Moreover, man has been busy with scientific inquiries and research, in the modern sense of the term, only for the last few centuries, while he has been familiar with the concept of life after death since time immemorial.

All the Prophets of God called their people to worship God and to believe in life after death. They laid so much emphasis on the belief in life after death that even a slight doubt in it meant denying God and made all other beliefs meaningless.

These Prophets were greatly opposed by their people, mainly on the issue of life after death, as their people thought it impossible. But in spite of opposition, the Prophets won many sincere followers.

The question arises: what made those followers forsake the established beliefs, traditions and customs of their forefathers, notwithstanding the risk of being totally alienated from their own community? The simple answer is: they made use of their faculties of mind and heart and realized the truth.

The Afterlife in the Qur’an

The explanation that the Qur’an gives about the necessity of life after death is what the moral consciousness of man demands. Actually, if there is no life after death, the very belief in God becomes meaningless or even if one believes in God, he would be an unjust and indifferent God, having once created man and now not being concerned with his fate.

Surely, God is just. He will punish the tyrants, whose crimes are beyond count -having tortured and killed hundreds or thousands of innocent people, created great corruption in society, enslaved numerous persons to serve their whims, etc., because man has a very short life span in this world and because numerous individuals are affected by one’s actions, adequate punishments and rewards are not possible in this life. The Qur’an very emphatically states that the Day of Judgment must come and that God will decide the fate of each soul according to his or her record of deeds:

But those who disbelieve say, “The Hour (i.e. the Day of Judgment) will not come to us.” Say, “Yes, by my Lord, it will surely come to you. [God is] the Knower of the unseen.” Not absent from Him is an atom’s weight within the heavens or within the earth or [what is] smaller than that or greater, except that it is in a clear register – That He may reward those who believe and do righteous deeds. Those will have forgiveness and noble provision. But those who strive against Our verses [seeking] to cause failure (i.e. to undermine their credibility) – for them will be a painful punishment of foul nature. (Saba’ 34:3-5)

The Day of Resurrection will be the Day when God’s Attributes of Justice and Mercy will be in full manifestation. God will shower His Mercy on those who suffered for His sake in the worldly life, believing that an eternal bliss was awaiting them. But those who abused the bounties of God, caring nothing for the life to come, will be in the most miserable state. Drawing a comparison between them, the Qur’an says:

Then is he whom We have promised a good promise which he will meet [i.e. obtain] like he for whom We provided enjoyment of worldly life [but] then he is, on the Day of Resurrection, among those presented [for punishment in Hell]?  (Al-Qasas 28:61)

Fruits of the Belief in the Life after Death

The belief in life after death not only guarantees success in the Hereafter but also makes this world full of peace and happiness by making individuals most responsible and dutiful in their activities.

Think of the people of Arabia before the arrival of the Prophet Muhammad. Gambling, wine, tribal feuds, plundering and murdering were their main traits when they had no belief in life after death. But as soon as they accepted the belief in the One God and life after death they became the most disciplined nation of the world. They gave up their vices, helped each other in hours of need, and settled all their disputes on the basis of justice and equality. Similarly the denial of life after death has its consequences not only in the Hereafter but also in this world. When a nation as a whole denies it, all kinds of evils and corruption become rampant in that society and ultimately it is destroyed.

Thus, there are very convincing reasons to believe in life after death:

1)  All the Prophets of God have called their people to believe in it.

2)  Whenever a human society is built on the basis of this belief, it has been the most ideal and peaceful society, free of social and moral evils.

3)  History bears witness that whenever this belief is rejected collectively by a group of people in spite of the repeated warning of the Prophet, the group as a whole has been punished by God even in this world.

4)  Moral, aesthetic and rational faculties of man endorse the possibility of the life after death.

5)  God’s attributes of Justice and Mercy have no meaning if there is no life after death.

Source: Taken from “The Islam Guide”