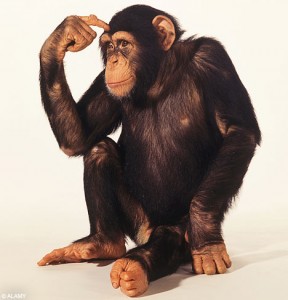 I watched a show from Nova on PBS called “What Darwin Never Knew.“ It went into the life of Darwin and what he did not know even though he came up with this “amazing theory of evolution.”

While I enjoyed the videography of the film, the script was, if I can use my British partner’s term, “total rubbish.” Pushing evolution every chance they had, it just made me angry how many people are getting indoctrinated with the ideas of evolution. The show went into how modern-day genetics has found undiscovered switches that are able to turn genes on and off. Then they jumped to the total illogical conclusion that these “switches” are responsible for the evolutionary history of man from fish.

Don’t get me wrong: what genetics is producing these days is absolutely amazing. The fact that we can go into the genome and find out what genes are responsible for what character traits is absolutely fascinating. Finding out which genes are turned off that really should be turned on to take away a mutation is very exciting. For someone who loves science and loves building, the idea of engineering biological life is fascinating, to say the least.

Back to the film …

What amazed me even more is the idea that they are still pushing the idea of embryology as proof of evolution.  Here is an excerpt from the description:

Breakthroughs in a brand-new science — nicknamed “evo devo” — are linking the enigmas of evolution to another of nature’s great mysteries, the development of the embryo.

Sure enough, throughout the film the idea of the human embryo going through the stages of evolution is overstated to say the least. No matter what, they were determined to make this evidence fit their theory! According to the film, sequencing the human genome was something Darwin could never have known was going to give so much evidence for evolution. I guess when you cherry-pick the information you want to use, sure, evolution fits no problem. The “researchers” were studying the supposed one percent of differences between humans and chimps, despite the fact that we have now discovered that the chimp genome is 12 percent longer than the human genome. How can there be only one percent difference when the chimp genome is 12 percent longer? It just doesn’t make sense.

The fact that chimp DNA is similar to human DNA is not a proof of evolution. We could just as easily claim that it is proof of creation, because we would expect things designed by the same designer to have similarities. Therefore, we should never worry about claims of homology or DNA similarities. The use of DNA similarity as a “proof” of evolution is an example of the logical fallacy known as “affirmation of the consequent.”

Now, while the film had some amazing science, it is obvious that the intent of the film is indoctrination.