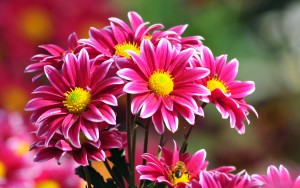 Twenty women took part in the Battle of Khyber; one of them was Umm ‘Umarah.

Those who were armed took hold of their weapons. Most people came unarmed as they set out for `Umrah. Umm `Umarah says she had a stick and she stuck a knife in her belt, to defend herself in case of enemy attack. As it turned out the news about the death of `Uthman bin `Affan was a false rumor. And a pact was made with the enemy that came to be known as the Treaty of Hudaybiyah. This treaty is mentioned in the Qur’an in the following words,

“Indeed, Allah was pleased with the believers when they gave the pledge to you under the tree: He knew what was in their hearts, and he sent down calmness and tranquility upon them, and He rewarded them with a near victory. And abundant spoils that they will capture. And Allah is Ever All-Mighty, All-Wise.” (Al-Fath 48:18-19)

Twenty women took part in the Battle of Khyber; one of them was Umm `Umarah. Once again when the Muslim army triumphed women were given a share of the booty of war. Umm `Umarah got expensive dresses and jewelry and two Dinars. In the Battle of Hunayn as well she had fought valiantly and received some part of the booty. A man of the tribe of Banu Hawazin entered the battlefield on camel back, waving a flag. She hit the camel from the back so violently that it stumbled and fell; the rider also fell, she attacked him so that he never recovered.

The Prophet (peace and blessings be upon him) sent Umm `Umarah’s son, Habib bin Zaid as his representative to Musaylamah Al-Kadhdhab, in order to bring him to the right path. Breaking all norms of diplomacy, this low down man captured Habib and tied him to a pillar. He then asked him, “Do you testify that Muhammad is the Messenger of Allah?” When he answered in the affirmative, he asked him if he also testified that he, Musaylamah, was also the messenger of Allah. Habib replied that he was deaf and could not hear him. He kept on repeating the question again and again. And Habib kept on repeating the same answer. Then this cruel man cut off each part of his body, one by one, and gradually martyred him. When Umm `Umarah got this news about her son she displayed exemplary patience. The Prophet (peace and blessings be upon him) consoled the family and prayed for them.

During his caliphate, Abu Bakr Siddiq sent the army to test the challenge of the army of Musaylamah. Umm `Umarah was also in the army. She was about sixty years old at the time, and her son `Abdullah bin Zaid was also with her; he was one of those who finally killed this man. During this battle her arm was cut off and she sustained eleven injuries. Khalid bin Walid the General of the army boiled some oil and immersed her arm in it to cure her wounded arm; but for Umm `Umarah her happiness at the death of Musaylamah, was much greater than her grief at the loss of her arm.

During the caliphate of `Umar bin Al-Khattab, some beautiful and exclusive sheets were sent to him. One of these sheets was exceptionally beautiful and large as well. Some of the companions suggested that it should be sent as a gift to Safiyyah bin `Ubayd, the wife of `Abdullah bin `Umar. But `Umar bin Al-Khattab said that he knew of someone even better than her and praised by no less a person than the Prophet (peace and blessings be upon him). He then sent it to Umm `Umarah.

Once Umm `Umarah told the Prophet (peace and blessings be upon him) that in the Noble Qur’an only men were mentioned and women were often deprived of any importance. Then this Ayah was revealed.

Umm `Umarah held a very special place among the women Companions. When the Prophet (peace and blessings be upon him) saw the valor and sacrificing spirit of the whole family – husband, wife, and sons – in the most intense part of the battle of Uhud he prayed that Allah might have Mercy on that family.

“Allah will be pleased with them and they with Him.” (Al-Baiynah 98:8)

Taken with slight editorial modifications from the book: “Great Women of Islam,” by Dar-us-Salam Publications.