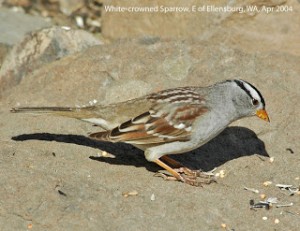 If there is a specialist in a certain field doing something for you, it is not proper to go and do it yourself. How about if the one who is taking care of this thing is Allah Himself!

Do You Truly Rely on God?

“Save yourself from worrying. Somebody else already took care of your affairs for you.”

Relying on Allah (tawakkul) is one of the important Islamic concepts that may be misunderstood and therefore might lead to undesirable results. This misunderstanding might also lead to some forms of deviation and introducing innovations in religion.

In his well-known book, Al-Hikam (Words of Wisdom), sheikh Ahmad Ibn `Ataa’illah As-Sakandari says: “Save yourself from worrying. Somebody else already took care of your affairs for you.” What is meant by tadbir here?

Tadbir in Arabic means considering the results and outcomes of a certain action. Therefore, tadbir is closely connected with outcomes. In their turn, the outcomes are connected with the concept of relying on Allah. Allah says:

“Then, when you have decided upon a course of action, place your trust in God: for, verily, God loves those who place their trust in Him.” (Aal `Imran 3:159)

Thus, the virtue of relying on Allah is mentioned and highly praised in many Qur’anic verses and what is mentioned frequently in the Qur’an is of profound significance and takes high priority.

“And who is it that governs all that exists?” (Yunus 10:31), this is a clear question raised in the Qur’an.

“If you had all relied on Allah as you should rely on Him, then He would have provided for you as He provides for the birds, who wake up hungry in the morning and return with full stomachs at dusk.” (Authenticated by Al-Albani)

You are like the bird. The bird does not stand on one branch of a tree all the time waiting for the grains. But it moves from one branch to another until it gets the grains. The bird has to do its best to get the grains, and providing the bird with the grains is Allah’s work.

Therefore, you should take the means and leave out the outcomes to Allah. Some Muslims -even those who are on the path to Allah- do not take the means, stay at the mosque all the time and ask people for food and clothes. They argue that governing things is not their task. Their argument is correct, but they have to rely on Allah and relying on Allah necessities having recourse to the means and the causes of achieving goals.

It is reported that a man used to stay at the mosque all the time arguing that he is devoting himself and his time to worship Allah. The Prophet asked about the one who takes care of him. The Prophet was told that the man’s brother takes care of him. The Prophet replied: “His brother is better than him.” `Umar ibn Al-Khattab advised some people who stayed at the mosque and said “We are relying on God.” He said his common words: “The sky does not rain gold or silver.”

If one cannot attain success after having recourse to every necessary means, this is a proper situation to really rely on Allah. If the means you have taken fail you, you might say: O Allah, I have done my best and I left no stone unturned, what should I do? At this point, you are indeed putting your trust in Allah.

What is not conformable with relying on Allah is not to do anything or not to have recourse to every kind of means and causes of success. Some ignorant people ignore taking the necessary means intentionally. What is needed from you is to take all the means, and then rely on Allah.

Sometimes Allah might withhold from me the causes, the means and take from me my power so that I return to Him and rely on Him. This is a valuable God-given gift.

Relying on Allah is not inconsistent with what we call nowadays planning, making a feasibility study, studying the market, etc. All this is part of relying on Allah because by planning, organizing, studying, etc. we are having recourse to the means of success. If you are a trader, you have to make a feasibility study and do your calculations. If you lose, this is Allah’s decree. If you win, it is also Allah’s decree. You do not have to worry about the outcomes. To lose or to win, to succeed or to fail, is not your business.

Even in religious issues whether they have to do daw`ah (Islamic call) issues, scientific issues, or worship issues, you do the thing and leave the rest to Allah. For example, you worship Allah by calling people to do good deeds but guiding those people is left to Allah. Allah says:

“Verily, you cannot guide aright everyone whom you love: but it is God who guides him that wills [to be guided]; and He is fully aware of all who would let themselves be guided.” (Al-Qasas 28:56)

Ibn `Ata’illah says: (Save yourself from worrying. Somebody else already took care of your affairs for you.) What is meant by “somebody else”? Who provides you with the means of living? Who plans for your success? Who decides on the outcomes? It is Allah the Almighty. Therefore, if somebody else has done something for you, why you go and do it yourself?

This is a very simple rational issue. If there is a specialist in a certain field doing something for you, it is not proper to go and do it yourself. How about if the one who is taking care of this thing is Allah Himself!

Dr. Jasser Auda is an Associate Professor at Qatar Faculty of Islamic Studies (QFIS), with the Public Policy in Islam Program. He is a founding member of the International Union of Muslim Scholars, based in Dublin; member of the Academic Board of the International Institute of Islamic Thought in London, UK; fellow of the International Institute of Advanced Systems Research (IIAS), Canada; member of the Board of Trustees of the Global Civilizations Study Centre (GCSC), UK; member of the Executive Board of the Association of Muslim Social Scientists (AMSS), UK; member of the Forum Against Islamophobia and Racism (FAIR), UK.  He has a PhD from University of Wales, UK, on the philosophy of Islamic law; a PhD from the University of Waterloo, Canada, on systems analysis; and a Masters of Jurisprudence from the Islamic American University, Michigan, on Islamic legal purposes (maqasid al-shariah). He memorized the Quran and received traditional studies in Islamic sciences in Al-Azhar Mosque in Cairo, he was a founding director of the Maqasid Research Center in Philosophy of Islamic law in London, UK, and a visiting lecturer to Alexandria University Faculty of law, Egypt, the Islamic Institute of Toronto, Canada, and the Islamic Fiqh Academy of India. He has lectured on Islamic law, its philosophy, and its relation to the issues of Muslim minorities and policy in a couple dozen countries around the world. He was a contributor to policy reports related to Muslim minorities and Islamic education to the UK Ministry of Communities and the Higher Education Funding Council of England, and has written a number of books, the latest of which in English is: Maqasid Al-Shariah as Philosophy of Islamic Law: A Systems Approach, London: IIIT, 2008, and in Arabic: Averröes’s Premier of the Jurist: Synopsis and Commentary, Cairo: Al-Shuruq Al-Dawliya, 2010.