Serenity is a Light from Allah 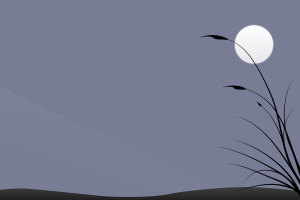 The believer lives with himself in peace and agreement, not in war and conflicts, and he lives with the people around him in transparency and cooperation, not in solitude and enmity.

Serenity is a light from Allah and a relief to which resorts the fearful, in which the anxious finds comfort.

It entertains the depressed, appeases the tired, strengthens the weak and guides the confused one.

This serenity is a window that Allah opens upon Paradise to the believers among His servants, a window from which the heavenly breeze blows, the light shines, and the fragrance emerges. It’s a foretaste of what the believers offered as good deeds, and a preview of what is awaiting them as pleasures and delights.

In this worldly life is a paradise, which if one doesn’t enter, he won’t get into the eternal Paradise. It is the Paradise of the proximity to Allah, and serenity comes along with that same proximity.

What can my enemies do to me?

To answer this question one of the scholars said: “My garden is inside me (in my chest); if they would banish me, my journey will be tourism, if they would jail me, my solitude will turn into a spiritual retreat, if they would kill me, my death will be martyrdom”.. After that, the scholar asked a rhetorical question: “Then what can my enemies do to me?”

He has made it known to them in their life while they had a peaceful, secure, faith-based and relieved living.

The Sources of Serenity for the Believer

The first reason of the serenity of the believer is that he was guided to his inner nature which is consistent, harmonic and responsive to the bigger nature of the creation. Thus, the believer lives with himself in peace and agreement, not in war and conflicts, and he lives with the people around him in transparency and cooperation, not in solitude and enmity.

The details of the divine approach go accordingly with the details of the inner nature. When you reconcile with Allah, you reconcile with your own nature; there’s such a mess in the heart that couldn’t be put together except by turning back to Allah. Every wealthy, smart, strong or handsome person has emptiness in the heart that cannot be filled in except by faith in Allah and the connection with Him.

The human nature keeps on feeling disturbed and eager till it finds Allah; once it believes in Him and turns back to Him, then it gets relieved from its exhaustion. It gets irrigated from its thirst, it becomes secure from all fear, it senses the guidance after loss, it feels settlement after a long confusion, and it rests after uncertainties.

Humans are amazing creatures; they were made out of a fist of the earth’s mud, and a blast of Allah’s Spirit. Thus, focusing on the materialistic component and undermining the spiritual one is actually not doing justice to the human nature, and the one who feeds his materialistic needs (the mud) but starves the spiritual part cannot claim that he is giving to the human nature what it deserves. He has actually deprived that nature from one of its essential dimensions.

This nature can be covered by layers from the rust of misconceptions or the dust of lusts. That nature can deviate or be defiled by following assumptions and caprices, following blindly the tradition of the forefathers, and blindly obeying the rulers and the power holders. One might also catch the disease of arrogance and vanity so that he considers himself self-sustaining and not dependent on Allah. However, the genuine human nature fades but never dies, and it dives but never drowns. Thus, if one is subjected to overwhelming hardships and trials with no perspective of being helped, the superficial misleading layer would vanish, leaving place for the deep potential nature.

The disbeliever lives in this worldly life dispersed between several concerns and pulled to various purposes. Thus, he’s always in an internal conflict and he’s confused between the various instincts, and which one to satisfy: the instinct of survival or the instinct of the genus. He’s confused between pleasing his own desires or the society in which he lives, and he’s also confused about which part of the society should he please.

Here is the story of an old man, his father and their donkey. This story highlights that without serenity, without a connection with Allah, and without believing in the Day of Judgment, humans are bewildered. An old man rode a donkey and his son was walking beside him, so the old man was blamed by women of having no mercy upon his son. Thus, the old man let his son ride and he walked behind, but the boy was criticized by the men around, who thought he was disrespectful. So, both the old man and his son decided to ride the donkey but they were condemned by animal lovers, so they both walked ahead of the donkey and there they were subjected to the mockeries of the children.

So what’s the resort?

Is it actually to carry the donkey so that they may please everyone?

Without faith or serenity or methodology or a goal or a divine revelation or prophetic statement – without certainties or constants or principles or right visions the human being is in loss. And now, humanity is lost, the same way it’s depicted in the Arabic poetry:

The believer is relieved from all concerns, and he limits all the goals into just one which he takes care of and to which he diverts all efforts: this goal is the satisfaction of Allah, with which he doesn’t care about the satisfaction of the people or their discontent, making his creed what the poet said:

A part of the dexterity of the believer is that he condensed all concerns into just one which is the pursuit of the path that leads to Allah’s satisfaction, and he’s the one asking for Allah’s guidance several times in Salat (guide us to the righteous path); it’s only one straight way.

“And, [moreover], this is My path, which is straight, so follow it; and do not follow [other] ways, for you will be separated from His way. This has He instructed you that you may become righteous.” (Al-An`am 6: 153)

Truth is always one while forgeries are multiple. The short life can comprehend the one truth but never all those forgeries, thus make the truth a reference and a standard for everything.

There’s a huge difference between two men, one who knew his goal and how to reach it and another who’s blindly floundering and walking without an aim. The latter one doesn’t know where he goes and where he’s heading to:

And these questions find a deep, harmonic and satisfying answer in the religion.

However, there’s a specific companionship to the believers, the pious ones, the truthful ones

Serenity is your source of happiness even if you lose everything:

If one knows Allah and holds tight to his path, he seals his connection with Him. This connection needs righteousness. That doesn’t mean that the believer doesn’t make mistakes; the believer makes mistakes but never keeps on making them. The believer is a regretful sinner, and he repents as soon as he commits a sin. Thus, if one holds tight to the path of Allah after knowing Him then his relationship with his lord is sealed and out of this established relationship comes serenity.

Serenity is actually the biggest divine bestowal since it makes you another kind of man: optimistic. You feel you’re on the right path, and that you already live what Allah promised you in the hereafter.

The religion has forms and truths. If you perform the prescribed prayers, that’s a form of the religion, but if you tighten the connection with Allah in that same prayer, this is the ultimate purpose. If this connection is fulfilled, the serenity will be revealed, and this serenity is a source of inexhaustible happiness; however, the lack of serenity is a source of endless misery.

Dr. Muhammad Ratib An-Nabulsi is a Muslim Syrian preacher and writer. He has written a number of Islamic books, most remarkable of which are: “Encyclopedia of the Beautiful Names of Allah”, “Encyclopedia of Scientific Miracles of the Holy Qur’an and Prophetic Sunnah,” “Outlooks on Islam” and “Contemplations on Islam.” He delivers a number of lessons, orations, symposiums and chat programs broadcasted on the Syrian, Arab, and Islamic radios and Televisions.