Intrinsically, the whole being has been introduced into existence in multifarious types and forms which engraves the norm of difference and inscribes the culture of divergence among us all. God states that the diversity of creation is an indication of His boundless Majesty and Glory. He says in the Qur’an: 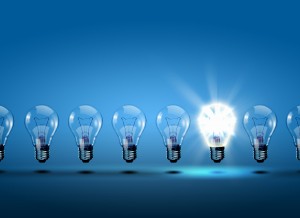 Islam does not go in variance with sound reason or rightful attitudes. Rather, it urges for understanding, contemplation and creativity.

And among His Signs is the creation of the heavens and the earth, and the difference of your languages and colours. Verily, in that are indeed signs for men of sound knowledge. (Ar-Rum 30:22)

See you not that Allah sends down water (rain) from the sky, and We produce therewith fruits of varying colours, and among the mountains are streaks white and red, of varying colors and (others) very black. (Fatir 35:27)

Therefore, the issue of the divergence in existence is axiomatic and cannot be turned down unless one is out of mind because it is the norm of life. As much as this divergence is true for different creatures, it is so for opinions and views being both correlated. The difference of places, environments, atmospheres, cultures, times, etc. surely brings about varying views and attitudes added to the psychological differences of people. God says,

And if your Lord had willed, He could have made mankind one community; but they will not cease to differ. (Hud 11:118)

The verse maintains that the difference of views, situations, attitudes, etc. is the creation of God and represents one of His customs in the universe. The question here is: to what extent is the opinionative difference sanctioned? How does Islam respect other views?

The Right to Difference in Islam

As a matter of fact, Islam does not go in variance with the nature upon which God created everything which considers difference as one of its bases. The difference of views in Islam is considered a human right for everyone. Moreover, Islam urges understanding, contemplation, thinking and creativity, which enrich the sources of views.

However, the perspective that Islam adopts in exploring this issue is quite different from the western one. In Islam, not all issues and obligations are at the same level that can be put to difference. There are pillars of faith and Islam which are placed in a high position, the disagreement about which is not on the same level of the disagreement about juristic issues such as some financial issues. The beliefs and acts of worship are elevated and esteemed in Islam more than other matters. There is something in Islam which is entitled “religiously taken for granted”. This category applies to the most well-known Islamic facts that all Muslims know such as prayer, fasting, Oneness of God, etc. Disputing the obligation of these things in essence is not sanctioned in Islam, though may be sanctioned in other voluntary actions. The comprehensive approach of Islam provides some constants that regulate the course of thinking and religious practice. They should not be disputed or denied because they represent the outline of Islam. Accepting Islam means willful submission to the Creator, agreement to His commands, surrender to His Will, obedience to His orders, following His Messenger, and adopting Islam as a way of life.

In some cultures the right to difference is boundless; one has full right to argue for whatever he or she wants. They view the right to difference a matter of personal freedom secured by the law. They believe that the definition of the right and the wrong is something personal and depends on the majority approval. If the majority of people find nothing wrong with any action, such as gay marriage, there will be nothing wrong with it and if they agreed to stop practicing a religious matter, such as the right of Muslim women to wear Hijab, it will be so.

However, the approach of Islam is completely different. The basis of Islam is monotheism which is built on the fact that Allah is the Only True God as He is the Creator of the universe, including man. If man attempts to outreach his reality and refuses the commands that come from his Lord while, on the other side, he accepts and submits to the laws of nature put and created by God, this is paradox. God is the same one who put the physical laws as well as the Islamic laws. He says,

Indeed, your Lord is Allah , who created the heavens and earth in six days and then established Himself above the Throne. He covers the night with the day, [another night] chasing it rapidly; and [He created] the sun, the moon, and the stars, subjected by His command. Unquestionably, His is the creation and the command; blessed is Allah, Lord of the worlds. (Al-A`raf 7:54)

However, this does not mean that Islam suppresses people’s freedom. This is absolutely wrong. Islam acts as a protective umbrella that preserves the balance of attitude, safeguards the human soul, spoils the conspiracies of the evildoers against the pure nature, protects man from his aberrant whims, and sets the course of life within a moral and good way.

The revealed system of Islam is also a means of establishing and securing the continuance of values and morals. It will remain facing the misdeeds, immoralities, corrupted beliefs and myths, evil deeds, injustice, tyranny, etc. Almighty Allah has revealed an eternal Book, the Qur’an, that will continue to be an eternal life-guide for people till the end of life. What is prohibited in the Qur’an will remain so and what is allowed will remain allowable. God says,

So direct your face toward the religion, inclining to truth. [Adhere to] the fitrah of Allah upon which He has created [all] people. No change should there be in the creation of Allah. That is the correct religion, but most of the people do not know. (Ar-Rum 30:30)