“Say: ‘Praise be to God.  He will show you His Signs and you will recognize them.  Your Lord is not heedless of anything you do.’” (Quran 27:93) 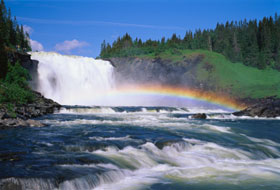 In many other verses, God emphasizes that one of the most crucial purposes of the Quran’s revelation is to invite people to ponder.

In the Quran, God invites people to reject blindly accepting the beliefs and values society imposes on them and to ponder by pushing aside all the prejudices, taboos and constraints on their minds. 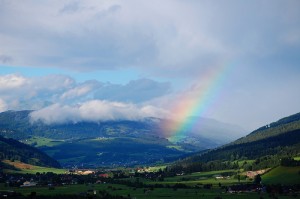 Man must think on how he came into being, what the purpose of his life is, why he will die and what awaits him after death.  He must question how he, himself, and the whole universe came into existence and how they continue to exist.  While doing this, he must relieve himself of all constraints and prejudices.

By thinking while isolating his conscience from all social, ideological and psychological obligations, the person should eventually perceive that the entire universe, including himself, is created by a superior power.  Even when he examines his own body or any other thing in nature, he will see an impressive harmony, plan and wisdom at work within its design.

Concerning this point again, the Quran guides man.  In the Quran, God guides us as to what we should reflect on and investigate.  With the methods of reflection given in the Quran, he who has faith in God will better perceive God’s perfection, eternal wisdom, knowledge and power in His creation.  When a believing person starts to think in the way shown in the Quran, he soon realizes that the whole universe is a sign of God’s power and art, and that, “nature is a work of art, not the artist itself”.  Every work of art exhibits the exceptional skills of the one who has made it and conveys his messages. 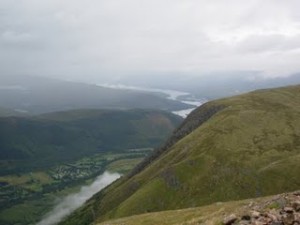 In the Quran, people are summoned to contemplate numerous events and objects that clearly testify to the existence and uniqueness of God and His attributes.  In the Quran, all these beings that bear witness are designated as “signs”, meaning “tested evidence, absolute knowledge and expression of truth”.  Therefore, the signs of God comprise all the beings in the universe in that they disclose and communicate the being and attributes of God.  Those who can observe and remember will see that the entire universe is entirely composed of the signs of God.

This, indeed, is the responsibility of mankind: to be able to see the signs of God.  Thus, such a person will come to know the Creator who created him and all other things, draw closer to Him, discover the meaning of his existence and his life and so prosper.

Each thing, the breath a human takes; political and social developments; the cosmic harmony in the universe; the atom, which is one of the smallest pieces of matter, is each a sign of God, and they all operate under His control and knowledge, abiding by His laws.  Recognizing and knowing the signs of God calls for personal effort.  One will recognize and know the signs of God in accordance with his own wisdom and conscience. 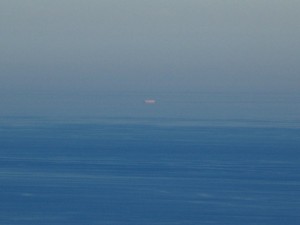 Undoubtedly, some guidelines may also help.  As the first step, one can investigate certain points stressed in the Quran in order to acquire the mentality that perceives the whole universe as an articulation of the things created by God.

God’s signs in nature are emphasized in a chapter call “The Bee”:

“It is He who sends down water from the sky.  From it you drink and from it come the shrubs among which you graze your herds.  And by it He makes crops grow for you and olives and dates and grapes and fruit of every kind. Therein is certainly a sign in that for people who reflect.  He has made the night and the day subservient to you, and the sun, the moon and the stars, all subject to His command.  Therein are certainly signs in that for people who use their intellect.  And also, the things of varying colors He has created for you in the earth.  There is certainly a sign in that for people who pay heed.  It is He who made the sea subservient to you so that you can eat fresh flesh from it and bring out from it ornaments to wear.  And you see the ships cleaving through it so that you can seek His bounty, and so that perhaps you may show thanks.  He cast firmly embedded mountains on the earth so it would not move under you, and rivers, pathways, and landmarks so that perhaps you might be guided.  And they are guided by the stars.  Is He Who creates like him who does not create?  O will you not pay heed?”(Quran 16:10-17)

In the Quran, God invites men of understanding to think about the issues which other people overlook or just dismiss using such barren terms as “evolution”, “coincidence”, or “a miracle of nature”. 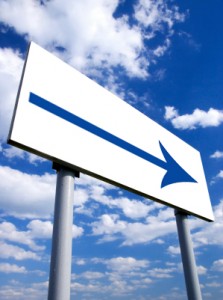 As we see in these verses, people of understanding see the signs of God and try to comprehend His eternal knowledge, power and art by remembering and reflecting on them, for God’s knowledge is limitless, and His act of creating flawless.

For men of understanding, everything around them is a sign of this creation.