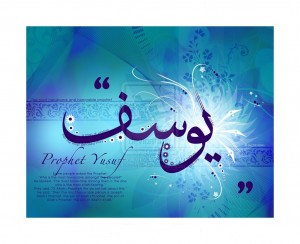 Enjoy watching this amusing video to know the full story of the honorable Prophet Yusuf, what happened between him and his brothers…

After long and painful years of childlessness, Almighty Allah blessed the Prophet Ibrahim (Abraham, peace be upon him) and his wife Sarah with their new child Is-Haq (Isaac, peace be upon him). It was a very pleasant moment as they patiently waited for it for long, but finally Allah complied with their wishes and granted them their beloved child, who became the grandfather of the Israelis. Is-Haq begot Ya`qub (Jacob, peace be upon him) who begot numerous children, including Prophet Yusuf (Joseph, peace be upon him), the hero of the story at hand.

Yusuf (peace be upon him) is one of Allah’s most chosen and honorable Prophets as he was singled out with a full Qur’anic chapter named after him “Surah Yusuf” that begins with,

Alif, Lam, Ra. These are the verses of the clear Book. Indeed, We have sent it down as an Arabic Qur’an that you might understand. We relate to you, [O Muhammad], the best of stories in what We have revealed to you of this Qur’an although you were, before it, among the unaware. [Of these stories mention] when Yusuf (Joseph, peace be upon him) said to his father, “O my father, indeed I have seen [in a dream] eleven stars and the sun and the moon; I saw them prostrating to me.” (Surah Yusuf 12:1-4)

The story of Prophet Yusuf (peace be upon him) is exceptionally interesting as it abounds with numerous incidents that went through the life of this blessed Prophet. So early, Prophet Yusuf (peace be upon him) saw a dream in which the sun, the moon and eleven stars prostrated before him. He related the dream to his father Prophet Ya`qub (peace be upon him) who asked Yusuf not to tell his brothers of this dream because this will stir extreme grudge inside them against Yusuf as it predicted high levels for Yusuf (peace be upon him). However, the hatred towards Yusuf was so severe to the extent that it led them to take the child Yusuf and throw him inside a well to get rid of him because of his father’s increased love for him. However, the care and mercy of Allah towards Yusuf preserved him as some of the wayfarers came to take water from the well and left up Yusuf by their bucket. Then, they took him with their caravan and sold him to an Egyptian. New things and situations came to happen.

Enjoy watching this amusing video to know the full story of the honorable Prophet Yusuf (peace be upon him), what happened between him and his brothers, his life in Egypt, his story with the wife of the ruler of Egypt and many very interesting incidents in his life.