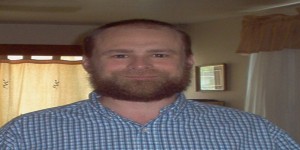 After studying Islam, I was in shock. How could I have been a Christian for so long and never heard the truth. I now believed in Islam..

Here is the story of an ex-Christian journey to Islam narrating it himself :

My name is Abdullah DeLancey. I am Canadian and I am employed as a Patient Service Worker at the local Hospital. I have been married for almost twenty years and we have three wonderful children.

Alhamdulillah. I am a now a Muslim. I was not always a Muslim though.

Previously; I was a Protestant Christian for all of my life. My family brought me up in the Pentecostal Church until I was an adult at which time I moved to a fundamental Independent Baptist Church. As a faithful Christian, I was very involved at Church, giving lectures for the Adult Sunday School and other duties. I was eventually elected as the Deacon of the Church. I really wanted to further my dedication to God and decided to pursue a career as a minister. I was awarded a scholarship to help me start taking a degree in Divinity. My goal was to be a Pastor of a Church or a missionary.

However, becoming a minister would commit me and my whole family to the Church full time for life. So, just before attending Bible College, I thought it best to look at Christianity critically and ask some very serious questions about my faith. I questioned the trinity, why God would need a son, and why the human sacrifice of Jesus, as stated in the bible, was needed to provide me with forgiveness. I questioned the Christian belief of how all the righteous people in the Old Testament were “saved” and in heaven if Jesus wasn’t even born yet. I pondered serious questions about Christianity that I had neglected to ask my whole life. The answers I received from Christians on these theological issues “which are the basis of the faith in Christianity” defied all reason and were absolutely beyond any logical thinking. Why would God give us a wonderful brain and then expect us to temporarily stop using it? Because that is what Christianity is asking people to do when they say you just must have faith. That is blind faith.

Realizing that I had always accepted Christianity, with blind faith for my entire life and never had questioned it was perplexing to me. How could I have not realized this before? I could not find the answers in the Bible. Once I realized that the trinity was a myth and that God is powerful enough to “save” someone without the need for help from a son or anyone or anything else. Things changed. My entire faith in Christianity fell apart. I could no longer believe in Christianity or be a Christian. I left the Church for good and my wife dutifully left with me, as she was having trouble accepting Christianity too.

This was the start of my spiritual journey.

I was now without a Religion but believed in a God. This was a very hard time for me and my family as Christianity was all we had ever known. I had to search for the truth.

I began studying various religions and found them as false one after another. Until, I heard about Islam. Islam!!! What was that? As far as I could remember, I had never known a Muslim and Islam was not heard or spoken of “as a faith” in my part of Canada. Unless, of course, it was news stories talking bad about Islam. For me at that time, Islam was not even a consideration. Not on my religious radar at all.

But then I started to read a little about Islam. Then, I kept reading a little more. Then, I read the Qur’an. This wonderful revelation of truth has changed my life forever. I immediately started to study ever piece of information pertaining to Islam I could get my hands on. I discovered the nearest mosque was about hundred miles away from my city. So I promptly loaded the family van and drove my family to this mosque. On the way, I was very nervous but also very excited at the same time..

I asked myself. Was I even allowed in the mosque because I was not an Arab or a Muslim? However, after arriving at the mosque I quickly realized I had nothing to fear. I was greeted by the Imam and the Muslims with a most warm greeting. I found them very nice. Nothing like the bad things the news always said about Muslims. They gave me a book by Ahmed Deedat and assured me I could be a Muslim. I studied all the material on Islam they gave me. I appreciated these books very much because our local library had only four books on Islam. After studying, I was in shock. How could I have been a Christian for so long and never heard the truth. I now believed in Islam. I knew it and I wanted to convert. I was put in contact with the small Muslim community in my city.

On March 24th 2006, I went to the mosque, just before Friday Prayer started and with most of the local Muslim Community present as witness. I testified that” La illaha ill Allah, Muhammadur Rasul Allah” “There is no God but Allah, Muhammad is the Messenger of Allah. I was now a Muslim. It was the best day of my life. I love Islam and have peace now.

Difficult times have come since I became a Muslim. When people started realizing I was now a Muslim they would shun me or laugh at me, most of our old Christian friends have never talked to us again. My parents have all but disowned me. I love being a Muslim and it does not matter if some of my fellow Canadians think of me as odd for becoming a Muslim. Why? The reason is that I, alone, am the one that will have to answer to Allah after my death. Allah is the giver of strength and Almighty Allah has helped me through all the rough times after my conversion to Islam. I have many, many Muslim brothers now. I have legally changed my first name to `Abdullah, which I like very much. I am now the first and only Muslim approved to work at the local hospital in my city.

I am a Muslim and I am truly happy. All Thanks be to Allah.

That is how I became a Muslim. Islam is right for you too. Maybe you are not just randomly reading this article by chance. Maybe you already believe Allah is the One and Only True God. Do you want to have life and become a Muslim right now? It is a big step.

But the best step you will ever take. Once you have decided that Islam is the truth. The only thing you must do to become a Muslim is truly believe and freely testify that “There is no God but Allah, Muhammad is the Messenger of Allah. Testify to this truth with me now. Become Muslim and have life.