Irish Singer/Songwriter Sinead O’Connor, currently “Sister Shuhada’ Davitt”, reverts to Islam though she was once ordained as a priest despite being a woman with a Roman Catholic background. 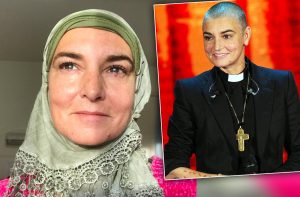 Sinead O’Connor: a journey from Christianity to Islam

In the late 1990s, Bishop Michael Cox of the Irish Orthodox Catholic and Apostolic Church (an Independent Catholic group not in communion with the Catholic Church) ordained O’Connor as a priest, though the Roman Catholic Church considers ordination of women to be invalid and asserts that a person attempting the sacrament of ordination upon a woman incurs excommunication.

The bishop had contacted her to offer ordination following her appearance on the RTÉ’s Late Late Show, during which she told the presenter, Gay Byrne, that had she not been a singer, she would have wished to have been a Catholic priest. After her ordination, she indicated that she wished to be called Mother Bernadette Mary.

In August 2018, via an open letter, she asked Pope Francis to excommunicate her, as she had asked of Pope Benedict and John Paul II. She wrote for the Sunday Independent, labelling the Vatican as “a nest of devils”.

In October 2018, O’Connor converted to Islam, calling it “the natural conclusion of any intelligent theologian’s journey.” Watch this video to see Sinead O’Connor or Sister Shuhada’ Davitt while giving her testimony of faith!