The attributes of the universe which have hitherto been discovered by science point to the existence of God.  Science leads us to the conclusion that the universe has a Creator and this Creator is perfect in might, wisdom and knowledge.  It is religion that shows us the way in knowing God.  It is therefore possible to say that science is a method we use to better see and investigate the realities addressed by religion.  Nevertheless, today, some of the scientists who step forth in the name of science take an entirely different stand.  In their view, scientific discoveries do not imply the creation of God.  They have, on the contrary, projected an atheistic understanding of science by saying that it is not possible to reach God through scientific data: they claim that science and religion are two clashing notions.

As a matter of fact, this atheistic understanding of science is quite recent.  Until a few centuries ago, science and religion were never thought to clash with each other, and science was accepted as a method of proving the existence of God.  The so-called atheistic understanding of science flourished only after the materialist and positivist philosophies swept through the world of science in the 18th and 19th centuries. 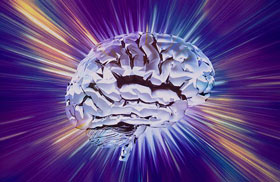 Particularly after Charles Darwin postulated the theory of evolution in 1859, circles holding a materialistic world view started to ideologically defend this theory, which they looked upon as an alternative to religion.  The theory of evolution argued that the universe was not created by a creator but came into being by chance.  As a result, it was asserted that religion was in conflict with science.  The British researchers Michael Baigent, Richard Leigh and Henry Lincoln said on this issue:

For Isaac Newton, a century and a half before Darwin, science was not separate from religion but, on the contrary, an aspect of religion, and ultimately subservient to it. … But the science of Darwin’s time became precisely that, divorcing itself from the context in which it had previously existed and establishing itself as a rival absolute, an alternative repository of meaning.  As a result, religion and science were no longer working in concert, but rather stood opposed to each other, and humanity was increasingly forced to choose between them. (Michael Baigent, Richard Leigh, Henry Lincoln, “The Messianic Legacy”, Gorgi Books, London: 1991, p. 177-178.)

As we stated before, the so-called split between science and religion was totally ideological.  Some scientists, who earnestly believed in materialism, conditioned themselves to prove that the universe had no creator and they devised various theories in this context.  The theory of evolution was the most famous and the most important of them.  In the field of astronomy as well certain theories were developed such as the “steady-state theory” or the “chaos theory”.  However, all of these theories that denied creation were demolished by science itself, as we have clearly shown in other articles. 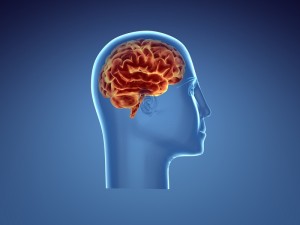 Today, scientists who still keep to these theories and insist on denying all things religious, are dogmatic and bigoted people, who have conditioned themselves not to believe in God.  The famous English zoologist and evolutionist D.M.S. Watson confesses to this dogmatism as he explains why he and his colleagues accept the theory of evolution: “If so, it will present a parallel to the theory of evolution itself, a theory universally accepted, not because it can be proved by logically coherent evidence to be true, but because the only alternative, special creation, is clearly incredible.” (D.M.S. Watson, “Adaptation”, Nature, no. 124, p. 233)

What Watson means by “special creation” is God’s creation.  As acknowledged, this scientist finds this “unacceptable”.  But why does he?  Is it because science says so?  Actually it does not.  On the contrary, science proves the truth of creation.  The only reason why Watson looks upon this fact as unacceptable is because he has conditioned himself to deny the existence of God.  All other evolutionists take the same stand. 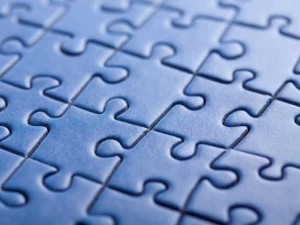 Evolutionists rely not on science but on materialist philosophy and they distort science to make it agree with this philosophy.  A geneticist, and an outspoken evolutionist from Harvard University, Richard Lewontin, confesses to this truth:

It is not that the methods and institutions of science somehow compel us to accept a material explanation of the phenomenal world, but, on the contrary, that we are forced by our a priori adherence to material causes to create an apparatus of investigation and a set of concepts that produce material explanations, no matter how counter-intuitive, no matter how mystifying to the uninitiated.  Moreover, that materialism is absolute, so we cannot allow a Divine Foot in the door. (Richard Levontin, The Demon-Haunted World, The New York Review of Books, January, 9, 1997, p. 28)

On the other hand, today, just as in history, there are, as opposed to this dogmatic materialist group, scientists who confirm God’s existence, and regard science as a way of knowing Him.  Some trends developing in the USA such as “Creationism” or “Intelligent Design” prove by scientific evidence that all living things were created by God.