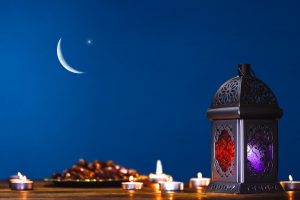 Fasting is the fourth pillar of Islam.

Know  that Allah has made fasting obligatory upon us so that we worship Him by doing so; (therefore) so that your fast is acceptable and beneficial (to you) be aware of the following:

1) Be wary of protecting your prayers: Many people who are fasting are slack in maintaining their prayers despite it being a pillar of the religion.

2) Maintain good manners: Be wary of falling into ill manners towards the people, particularly whilst fasting. Fasting purifies the inner self and does not lead to ill manners.

3) Do not speak unnecessarily even if you are joking, as this will reduce the reward of your fast. Take note of what the Messenger of Allah (peace be upon him) said: “If any of you are fasting, then abstain from ignorant and indecent speech that day; and if anyone curses you or strikes you, then say: I am fasting.” (Al-Bukhari and Muslim)

4) Benefit from the fast by leaving off smoking, which causes cancer and ulcers; Try to maintain your willpower and leave off smoking in the evening just as you left it during the day. As a result, you will be better off in health as well as financially.

5) Be wary of divulging in excessive eating at the time of breaking the fast, as it can result in ruining the benefit of the fast and harming your health.

6) Do not go to the cinema, so that you do not see that which will spoil your fast and ruin its effect.

7) Do not go to sleep too late and as a result miss out on the suhur (pre-dawn meal) and the Salat Al-Fajr (Fajr Prayer). Try to maintain an early start to your work, as the Messenger of Allah (peace be upon him) said: “O Allah bless my Ummah in that which they maintain of an early start.” (Ahmad)

8) Give more charity to your relatives and those who are needy; visit your relatives (to maintain family ties) and clear up any disputes and misunderstandings that may exist.

9) Increase in the remembrance of Allah and recite the Quran, listen to it and reflect upon its meaning and act according to it. Go to the masjid to listen to beneficial talks; and doing the i`tikaf in the masjid during the last ten days and nights of Ramadan is an act of Sunnah.

10) Read around the subject of fasting so as to learn its rulings. You will then come to know that eating and drinking forgetfully does not break the fast. Also, having sexual intercourse during the night does not prevent anyone from fasting.

11) Maintain the fast of Ramadan and prepare your children to fast as soon as you feel they are capable, and beware of breaking the fast without an legally valid reason. Whoever intentionally breaks his fast any day then he is required to make up for that day and repent.

The Etiquette of Fasting

A) Protecting the tongue (from evil speech and that which is similar). The Messenger of Allah (peace be upon him) said: “Whoever does not abandon evil speech and actions, then Allah is not in need of him having left his food and drink.” (Al-Bukhari)

B) Taking the sahur (pre-dawn meal); The time of breaking the fast, and (the recommended) supplication. The Messenger of Allah (peace be upon him) said: “When any of you break your fast, then do so with dry dates, for indeed it is a blessing. And if you are unable to find dry dates, then water, for verily it is pure.” (At-Tirmidhi)

C) At the time if breaking the fast, the Messenger of Allah (peace be upon him) used to say: “The thirst has gone and the veins are moistened, and the reward is confirmed, if Allah wills.” (Abu Dawud)

And the Messenger of Allah (peace be upon him) said:

“The people will remain in good so long as they hasten to break the fast (at it’s appointed time”). (Al-Bukhari and Muslim)

“Take the suhur (pre-dawn meal), for indeed in the suhur there is blessing”. (Al-Bukhari and Muslim)

Source: Taken from the author’s “The Fasting of Ramadan”