Darwinism thrives in a climate of ignorance.

It suggests that intermediate fossils exist when in fact they do not. 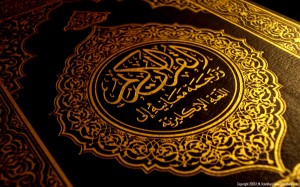 Although all the fossils discovered prove creation, Darwinism maintains the opposite.

It claims that proteins came into being by chance, though the odds of this happening are just 1 in 10950, in other words a mathematical impossibility.

It seeks to make people believe that artists, scientists, and professors came into existence, again by chance, from these proteins, which cannot themselves have come about by chance.

It even seeks to have us believe that these professors found universities and research how they themselves came into being by chance.

Darwinism regards the fact that there is more information encoded in the chromosome of the living cell than there is in a giant library as a miracle of blind chance.

It maintains that chance is the supposed Divine power that turned unseeing, unhearing, unfeeling atoms into seeing, hearing, feeling and conscious human beings.

Chance is the deity of Darwinism, one that supposedly works miracles.

Darwinism is the worst mass deception of the last two hundred years.

Within the next 5 to 10 years, at the most, those who have “fallen under the spell of Darwinism” will be amazed at how they were taken in.

The theory of evolution is an ideology opposed to religion that denies the existence of God and the fact of creation; it claims that all life emerged as the result of random coincidences.

Scientific discoveries made in the 20th century led to the theory losing all its foundations.

The invalidity of the theory is obvious even to anyone with a primary school level of knowledge.

The information taught in biology lessons about the “complex structure of the cell” is alone sufficient enough to demonstrate the nonsensical nature of evolutionist claims built on the logic of chance.

Despite all these evident truths, it is still possible to encounter Muslims who support this unscientific and atheistic theory by being taken in by materialist indoctrination and propaganda.

There are even some Muslims who, deceived by this indoctrination, imagine that the theory of evolution is a scientific fact and set about seeking a “middle way” between the theory and faith in God.

The people, in question, accept, word for word, the Darwinist scenario regarding the origin of life.

Yet, by maintaining that this scenario operates under the control of God, they attempt to “reconcile” the theory of evolution with Islam.

However, according to the Qur’an, there is no rational aspect in trying to adapt this theory, which is based on the denial of God and the denial of creation, to religion.

The theory of evolution maintains that nothing, living or otherwise, in the universe was created, and that, on the contrary, they all emerged as the result of natural phenomena, chance and coincidences.

The fact is, however, that in our Holy Scripture, the Qur’an, we are told that the Omniscient and the Almighty God brought everything in the skies, on the Earth, and between the two into existence; in other words that they were created.

As we have seen, the theory of evolution conflicts with the fact of Divine creation right from the outset.

At this point, one matter that confuses some people needs to be clarified.

Of course God could have created living things by means of evolution had He so chosen.

There is not one single verse to support the idea of a lengthy, stage by stage formation of species, as evolutionists maintain happened.

On the contrary, all the evidence shows that God created living things in a single moment, and perfectly formed.

In the first part of our documentary film, “The Qur’an Refutes Darwinism,” we shall be seeing how the idea of evolution is refuted by the verses of the Qur’an and how evolution is a violation of the essence and spirit of the Qur’an.

GOD IS HE WHO CREATES FROM NOTHING

Regarding the emergence of life, some Muslims hide behind evolutionist accounts that are devoid of any validity.

They try to explain the emergence of living things in terms of such unrealistic and irrational concepts as mutation, natural selection, and a transition from water to land or from land to the air.

God creates everything, in the form and at the time that He chooses, without the use of any model and out of nothing. He is exalted above any defect and is rich beyond any need. He has no need of any cause, means, or stages for His creation. He is beyond all the causes and laws, since He created them. Therefore, nobody should be misled by the fact that everything is based on specific causes and natural laws.

God, Lord of the Earth and heavens, can eliminate these causes if He so chooses