Far from being a scientific thesis, Darwinism is a system of thought invented and sustained in order to lead people to deny Allah, and one that is constructed upon errors. 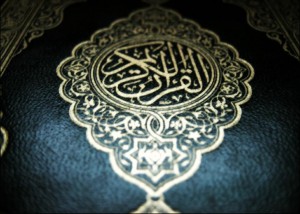 Darwinists have neither scientific foundation nor any evidence with which to defend their position.

In order to sustain their irrational and unscientific theory they resort to fraud and demagoguery and seek to silence their opponents with psychological pressure and methods of indoctrination.

The fact is, however, that they are in a hopeless position.

That being the case, it is a grave error for any Muslim to be taken in by evolutionist propaganda and to attach any credence to this theory.

Nonetheless, because of the inferiority they feel when confronted by evolutionists, and out of ignorance, doubt or lack of determination, some people have engaged in a superstitious attempt to reconcile Darwinism with faith.

Someone who fails to keep up with scientific progress and who does not read publications setting out the invalidity of the theory of evolution may be taken in by Darwinist deceptions. However, lack of awareness is a state of affairs that can easily be overcome by reading about the subject.

No Muslim with detailed knowledge concerning the theory of evolution can any longer possibly remain undecided or silent in the face of evolutionist claims.

In this third and final part of our series “The Qur’an Refutes Darwinism,” we shall continue to examine the errors of those who attempt to find evidence for the theory of evolution in the Qur’an.

Those making such claims point to the following verse as evidence:
When your Lord said to the angels, ‘I am putting a khalif on the earth,’ they said, ‘Why put on it one who will cause corruption on it and shed blood when we glorify You with praise and proclaim Your purity?’ He said, ‘I know what you do not know.’ (Surat al-Baqara, 30)

These people interpret the Arabic verb “jaAAilun,” used in the expression “I am putting a khalif on the earth,” as meaning “to appoint” in English.

They then errorly conclude from this that the Prophet Adam (pbuh) was not the first human, and that he was appointed caliph from among many human beings.

The fact is, however, that the verb “jaAAilun” does not only mean “to appoint.” But also it is used in various places in the Qur’an to impart such different meanings as to create, bring into being, invent, convert, make, do, place, etc.

Some of the verses in which the verb “jaAAilun” is employed read as follows:

He created you from a single self, then PRODUCED (jaAAala) its mate from it, and sent down livestock to you — eight kinds in pairs… (Surat Az-Zumar, 6)

Say: “It is He Who brought you into being and GAVE (wajaAAala) you hearing, sight and hearts. What little thanks you show!” (Surat Al-Mulk, 23)

“And placed the moon as a light in them and MADE (WajaAAala) the sun a blazing lamp?” (Surah Nuh, 16)

As can be seen from these verses, the word “jaAAala” is used in very different meanings in the Qur’an in addition of “to appoint.”

Yet even if the sense of “to appoint” is applied to the word “jaAAala” it is still incompatible with Qur’anic moral values to draw the heretical conclusion of creation through evolution.

Allah tells us in the Qur’an that angels, djinn and satan were all created before the Prophet Adam (pbuh).

When the Prophet Adam (pbuh) was created the angels were required to prostrate themselves before him, and they all did this, with the exception of the djinn Diabolis.

Therefore, even if the word “jaAAala” is interpreted as meaning “to appoint,” it is still clear that the Prophet Adam (pbuh) is being referred to as being appointed caliph over the angels and djinn. (Allah knows the truth.) In addition, after his descent to earth the Prophet Adam (pbuh) was appointed caliph over a human society consisting of his own descendance, and this is another sense in which the idea of “being apppointed” is appropriate.

As all this goes to show, the word “jaAAala” in the verses does not, contrary to what some people maintain, mean that the Prophet Adam (pbuh) was chosen from among several people who existed together with him.

The Qur’an contains no statement in support of such a claim.

To make such an impossible suggestion on the basis of a single word is a sign of a serious lack of reason and judgment. Furthermore, it is clearly stated in several verses that the Prophet Adam (pbuh), was created out of earth