Existence of Pairs in All Creation 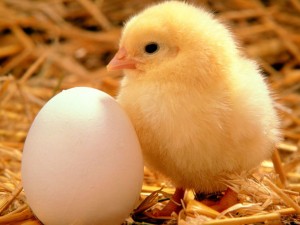 Before the dawn of the modern era, humans conceived that only animal life was divided into two genders, male and female. Then the discovery was made that this phenomenon was present in plants and vegetation too.

We have found this reality existing in every creation, animate as well as inanimate, though in different forms. In electricity, these two genders can be classified as positive and negative. North and South Pole describe it in magnetism, electron and proton in atoms, matter and antimatter, etc. Even bacteria could be positive or negative, while the truth is, this creation is made of pairs. At the time the Glorious Qur’an was being revealed in the 7th century A.C., we knew of pairing in animals and plants only, but the Qur’an describes the phenomenon in the most lucid manner:

“Hallowed is He, Who created pairs in all things, those that grow from the earth and of themselves, and what they know not.” (Ya-sin 36:36)

“…And what they know not” is as true today, as it was when the Glorious Qur’an was revealed. Though we have discovered that every created thing exists in pair, we have yet to discover many things that exist.

We have expounded scientific marvels from the Glorious Qur’an to convince sincere seekers of truth that it is the infallible Word of God. No mortal being can ever speak with such authority, finality, knowledge, perfection, and precision coupled with exotic beauties of expression, as does God in the Qur’an.

By realizing these Truths about the Qur’an and the religion of Islam revealed by our Creator and Sustainer, many modern scientists are turning towards it.

Dr. Keith Moore [1], Professor of Embryology, after analyzing the verses of the Qur’an for three years comments: “It has been a pleasure for me to help clarify statements in the Qur’an about Human Development. It is clear to me that these statements must have come to Muhammad from God or Allah because almost all of this knowledge was not discovered until many centuries later”.

Dr. Maurice Bucaille [2], French Physician, after studying Qur’an and comparing it with modern science, addressed the French Academy of Medicine in 1976 proclaimed: “Our knowledge of these disciplines is such, that it is impossible to explain how a text produced at the time of the Qur’an could have contained ideas that have only been discovered in modern times”.

Dr. Joe Leigh Simpson [3], Professor of Obstetrics and Gynecology, proclaims: “…These Hadiths (sayings of Muhammad) could not have been obtained on the basis of the scientific knowledge that was available at the time of the writer (7th century)… It follows that not only is there no conflict between genetics and religion (Islam) but in fact religion (Islam) may guide science by adding revelation to some of the traditional scientific approaches… There exist statements in the Qur’an shown centuries later to be valid which support knowledge in the Qur’an having been derived from God”.

Dr. Tejatet Tejasen [4], Professor of Anatomy, attending the Eighth Saudi Medical Conference, stood up and likewise announced: “From my studies and what I have learnt at this conference, I believe that everything that has been recorded in the Qur’an 1400 years ago must be true. That can be proved the scientific way”.

These men of knowledge, in their unbiased studies of the Qur’an, all proclaimed its truthfulness as a Revelation of Almighty God.

“Soon we will show them Our Signs in the (furthest) regions (of the earth) and in their own soul, until it becomes manifest to them that this is the Truth…” (Fussilat 41:53)

Guidance to humanity proclaimed in the Qur’an is complete and applicable to all societies and all times. Whether we are living in the Stone Age or the Space Age, riding in horse pulled carriages or flying in Space Shuttles, we haven’t changed a bit. We still possess physical and emotional desires, we live in societies, interact with one another, establish social, political and economic systems; thus the relevant need for guidance by our Creator in all these spheres of our life. Islam is the only religion which is totally compatible with scientific facts and provides complete, explicit and clear guidance in all spheres of life.

The Qur’an was revealed in Arabic, but translations of its meaning are available in English and other languages for non-Arabs. Likewise Islam is not restricted to people of the east or Arabs, it is a universal religion revealed for all of mankind.

We invite all sincere humans to study Islam with an open mind. Don’t blindly follow the whims and paganistic influences of the environment around us. God bestowed upon us this superb mind to seek and live the truth; for we all will be accountable on the Day of Judgment for our beliefs and deeds.

1. Dr. Keith Moore, Professor of Embryology, Department of Anatomy, Univ. of Toronto, Canada, recipient of numerous awards and honors, including in 1984, the J.C.B. Grand Award, which is the highest honor granted by the Canadian Association of Anatomists.

3. Dr. Joe Leigh Simpson, Professor and Chairman of the Department of Obstetrics and Gynecology at the Baylor College of Medicine, Houston, Texas, and the President of the American Fertility Society.

Taken with slight modifications from www.jannah.org.