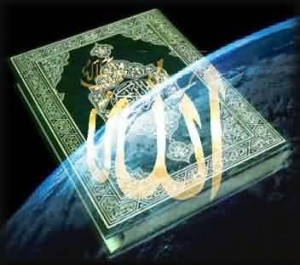 Ours is an era of space probes, computer chips, laser surgeries and cloning. If we were to label any book as a revelation from God, we couldn’t help but to scrutinize this Scripture using modern scientific knowledge. It could not be that a revelation, proclaiming itself from God, could constitute aspects contradicting established scientific facts. How could we assume otherwise, when God is the one who created the universe and the laws operating within it.

The Qur’an was revealed 1400 years ago to the last Prophet of God, Prophet Muhammad (peace be upon him) as a guidance for all humanity. The entire Qur’an has been committed to memory by millions of Muslims around the world and has been preserved by God from any interpolations, for continuing guidance. Although the Qur’an is a religious book with a total of about 6600 plus verses dealing with many aspects of a person’s life, about 1000 of those verses are of scientific nature, none contradicting established scientific facts.

Dr. T.V.N. Persaud [1], professor of Anatomy, says: “You have an illiterate person (Prophet Muhammad) making profound statements that are amazingly accurate, of a scientific nature… I personally can’t see how this could be mere chance, there are too many accuracies and like Dr. Moore, I have no difficulty in my mind reconciling that this is a divine inspiration or revelation which lead him to these statements”.

Besides providing guidelines in personal, social, moral and spiritual spheres of humanity, the Qur’an touches upon diverse scientific topics like astronomy, geology, embryology, genetics, biology, archeology etc. Some of these are mentioned below to prove the Qur’an’s Divine origin.

Currently, the Big Bang model of the origin of the universe is the cosmological paradigm most widely accepted by astronomers. It holds that about 15 billion years ago the universe began with the explosive expansion of a single, extremely dense matter, the primordial mass. Only after the development of radio telescopes in 1937 that, the necessary observational precision was achieved in order for astronomers to arrive at the above conclusion. What does the Qur’an say about our universe’s origin?

“Do not the unbelievers see that the Heavens and the earth were joined together, then We split them apart.” (Al-Anbiya’ 21:30)

In 1925, Edwin Hubble (after whom the Hubble Space telescope is named) provided the observational evidence for the expansion of the universe. Stephen Hawking (author of ‘A Brief History of Time’) states: “The universe is not static, as had previously been thought, it is expanding”. So what did God reveal in the Qur’an 1400 years ago?

“And the firmament, We constructed with power and skill and verily We are expanding it” (Adh-Dhariyat 51:47) (“We” is the Arabic plural of respect, not the Christian plural of ‘trinity”)

The Existence of Sun’s Orbit

Ancient people used to believe that the sun revolves around the earth. Later, Nicholas Copernicus in 1512, laid his Heliocentric Theory of Planetary motion, which placed the sun motionless in the center of the solar system with all the planets revolving around it. Modern science tells us now that the sun too is not still, but is in motion.

The sun traveling at roughly 150 miles per second takes about 200 million years to complete one revolution around the center of our Milky Way Galaxy and 25 days to make one complete rotation around its own axis. See how beautifully and accurately God revealed this phenomenon in the Qur’an:

“It is He who created the night and the day, and the sun and the moon, all (the celestial bodies) swim along, each in its orbit with its own motion.” (Al-Anbiya’ 21:33)

Conquest of Space by Human

Human exploration and the conquest of space began with the launching of the Russian Satellite, Sputnik I on Oct. 4, 1957. Then followed the launching of humans into space, which eventually led to a manned space flight to the Moon on July 20th, 1967. Thus the dream of humanity since the dawn of civilization to go beyond the earth to the heavens was realized.

The Qur’an, 1400 years ago, clearly predicted human’s advancement and the possibility of space flight. 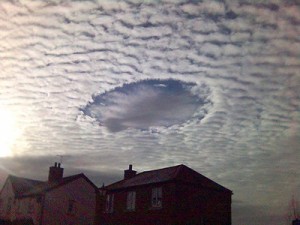 Earth is constantly bombarded by meteoroids that disintegrate upon the atmosphere and by lethal rays emitted by the sun. This UV radiation is absorbed by the Ozone layer forming the outer fringe of our atmosphere. Thus our atmosphere along with its Ozone layer is a protective covering for us. Life possibly could not have existed without it. How meticulously, does our Lord sustain and protect us against this atmospheric destruction.

“And We have made the atmosphere a protective roof, yet do they turn away from the Signs which these things point to.” (Al-Anbiya’ 21:32)

The Dutch naturalist Anthony van Leeuwenhoek (1632-1723) produced lenses powerful enough to prove that many tiny creatures are not spontaneously generated but are produced from eggs. The science of Embryology as we know it today did not discover many of the detailed aspects of human embryonic development until the 1970s, using powerful microscopes, ultra sound and fiber optics technology. See how the Qur’an described the stages of embryonic development.

“God fashioned man from a small quantity (of sperm)” (An-Nahl 16:4) Fertilization takes place with only one sperm among several tens of millions produced by man.

“Then We placed him as a drop in a place of rest” (Al-Mu’minun 23:13) Implantation of the blastocyst in the uterus.

“And He (God) gave you hearing and sight and feeling and understanding.” (As-Sajdah 32:9) The internal ears appear before the eyes, and the brain (the sight of understanding) differentiates last.

Dr. E. Marshall Johnson [2] Professor of Anatomy, concluded after studying verses from Qur’an: “The Qur’an describes not only the development of external form but emphasizes also the internal stages – the stages inside the embryo of its creation and development, emphasizing major events recognized by contemporary science… so I see nothing in conflict with the concept that divine intervention was involved…”.

The concept of “Gender Determination” as being described by geneticists, is one of the outstanding [pieces of] information revealed to us in the Qur’an. This information is now a known fact, that sperms are the deciding factors in determining the type of gender (male or female) in the new embryo. This determination through the male sperm is due to the fact that sperms have an X and Y chromosomes, while the female ovum has only X Chromosomes (X, X). Through the Qur’an, The Almighty informs us that it is the male sperms that determine the type of gender for the new offspring:

“Does man think that he will be left uncontrolled (without purpose)? Was he not a drop of sperm emitted (in humble form)? Then did (God) make and fashion (him) in due proportion. And of him He made two sexes, male and female…” (Al-Qiyamah 75:36-40)

1) Dr. T.V.N. Persaud, Professor and Head of the Department of Anatomy, University of Manitoba, Canada, received in 1991 the most distinguished award presented in the field of Anatomy in Canada, the J.C.B. Grand Award.

2) Dr. E. Marshall Johnson, Professor and Chairman of the Department of Anatomy and Developmental Biology, and the Director of the Daniel Baugh Institute, Thomas Jefferson University, Philadelphia, USA.

Taken with slight modifications from www.jannah.org.