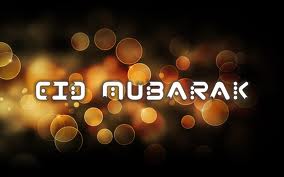 If the Muslim misses the Eid Prayer, he should not make up for it.

The Muslim is obliged to pray certain prayers in congregation: the five daily prayers, the Friday prayer (Salat al-Jumu`ah), the prayers of the two `Eids and during the Hajj. The purpose behind these congregational prayers it is to provide opportunities to a greater number of Muslims to attend larger congregations in an atmosphere of religious piety. Apart from prayer, the sermon is an integral part of this gathering and the prayer.

The `Eid prayer is valid for men, women, children, travelers, residents, people in congregation, and people praying individually. It is also valid if performed in a house, mosque, or a distant place designated for the Salah (prayer).

There are several acts of the Sunnah (traditions of the Prophet (Peace and blessings upon him) associated with the two Eids.

Here we discuss some of them and outline their benefits:

The Muslim must take a bath before the Eid Prayer and wear the best of his clothes. This was the practice of the righteous predecessors. Imam Al-Baghawi said in ‘Sharh us Sunnah’ that, “The Sunnah is to take a bath on the day of `Eid. It is reported that ‘Ali (May Allah be pleased with him) used to take bath on the day of `Eid, and similarly it is reported that Ibn `Umar and Salamah ibn Al-Akwa` (May Allah be pleased with them) used to do so.

He should use the tooth-stick (Miswaak) before going to the `Eid prayer.

He must remove all offensive smells, which might distract or trouble others. It is prohibited for him to attend the Eid prayer if he smells onion or garlic. It is highly recommended for him to apply perfume in order to smell pleasant for the benefit of those who are in close proximity to him during prayer.

It is an act of Sunnah that the Muslim eats some dates in the morning before he goes to the place of the `Eid Prayer. This was the practice of the Prophet (Peace and blessings be upon him).

The Muslim should also hasten to have his breakfast in the morning of `Eid in compliance with the order of Allah The Almighty.

It is an act of Sunnah that women and children go out to attend the `Eid Prayer. However, the menstruating women should avoid the place of prayer, although they can listen to the Khutbah and supplications.

The Muslim goes to the place of the `Eid Prayer on foot and takes one road for going and another road for returning, as the Prophet (Peace and blessings be upon) was authentically reported to have done this.

It is preferable for the Muslim to wait in the prayer place to listen to the Khutbah and say Amen to the supplications. The Prophet (Peace and blessings upon him) said regarding the menstruating women that they should be present: “To witness goodness and the Muslims gatherings and supplications.”

There is no voluntary prayer before or after the `Eid Prayer. However, if the Muslim enters the prayer place or the Masjid, he is required to perform Tahiyyat-ul-Masjid (two Rak`ahs for greeting the mosque) even if it is at a time in which prayer is prohibited. That is because Tahiyyat-ul-Masjid is one of the prayers that can be performed at the prohibited times.

It is recommended for the Muslim to busy himself with Takbeer till the Imam comes for prayer because Takbeer is the recommended act of worship at that time. The Muslim may recite the Quran or perform voluntary prayers on the condition that it is not a prohibited time. However, saying Takbeer is preferable.

If people do not recognize the day of `Eid except after the sun has reached overhead (in the middle of the sky), they should perform the `Eid Prayer on the next day. If the Muslim joins the Imam in Tashah’hud (the final, seated part of the prayer), he should sit with him and complete two Rak`ahs after him, each starting with Takbeer.