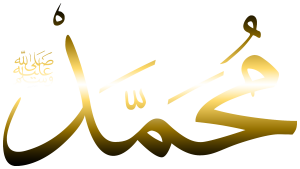 When we realize the enormous blessings that God has bestowed upon us, can we become grateful to Him, by using those blessings according to His pleasure, and remembering and praising Him often for them?

Prophet Muhammad (peace be upon him) embodied all the positive personality traits that can garner success for an individual in any area of the contemporary world.

Whatever advantage we can hope to acquire along our journey of self-actualization, by availing life coaching sessions, reading self-help books, attending grooming classes, or finishing schools- advantages in terms of personal finesse, class, posh manners, polish, personality grooming, or self-confidence, one can actually get all that – and more – just by studying and adopting Prophet Muhammad’s manners, conduct, ways of dealing with others, and social etiquette.

As his wife Aisha, daughter of Abu Bakr eulogized: “The Prophet’s conduct and manners was the Qur’an.” (Muslim)

The question that arises then, is what praiseworthy traits does the Qur’an extol, which were embodied by Prophet Muhammad?

There are too many to innumerate in one article. However, a very interesting concept that the Qur’an encourages its believers and students to ponder upon and incorporate into their lives is thankfulness: appreciation of, and gratitude for, favors and blessings. God calls Himself “Shakur” and “Shakir”, too, in the Qur’an, meaning, one who is appreciative.

Even though God does not need even an iota of our good deeds, He nevertheless knows, records, rewards and appreciates even the smallest of good deeds anyone ever does, e.g. when they smile at someone, or give even half a date in charity. His only requirement for this is that man does these deeds for His sake alone, and not associate any partner with Him. Which means that man must do good deeds purely to please God, and for no other reason. That is when God is “Ash Shakur”.

Despite the praiseworthy trait of thankfulness being mentioned many times in the Qur’an, few people embody it in their personal lives. In fact, in many places in the Qur’an, God mentions in a somewhat ‘complaining’ tone that man is an ingrate, or how little he gives thanks:

Prophet Muhammad was appreciative of even small, every day good deeds that people around him did. Despite being the unquestionable authority figure during the latter half of his life, as his people’s Prophet, military commander, judge, husband, father, the only leader of the believers, he was humble to the extent of always mingling into the crowd, being indiscernible from the common man, noticing even what minor children and slaves did, and giving them attention and importance.

A Slave of God

Aisha reported that when Prophet Muhammad (peace be upon him) occupied himself in prayer, he observed such a (long) qiyam prayer that his feet were swollen. Aisha said: “Allah’s Messenger, you do this (in spite of the fact) that your earlier and later sins have been pardoned for you?”

Thereupon, he said: “Aisha should I not prove myself to be a thanksgiving servant (of Allah)?” (Muslim)

It is very interesting to note how the Prophet referred to himself as an “`abd” – a slave of God. Indeed, even before identifying himself as God’s messenger, he would call himself a slave first.

Let’s analyze the root meaning of the Arabic word “shakur”, which the Prophet used to describe his state as God’s slave:

The meaning denoted by the root letters “sha-ka-ra” doesn’t just encompass the act of verbally and publicly thanking one’s benefactor for their favor, but this root also includes other connotations besides verbal praise and acknowledgement: namely, the heart becoming humbled, lowly and submissive before the benefactor; the tongue commending, praising and acknowledging the benefactor; and the limbs obeying the benefactor and not using the object of beneficence in a way that that benefactor might dislike. “Shukr” also denotes the heart of the beneficiary being filled with love for their benefactor. (Lane’s Lexicon)

All of this is apparent in the above hadith, which mentions how the Prophet’s thankfulness to God became apparent by his praying at night with immense devotion, despite knowing that all his faults had already been forgiven by God, so much so that his feet became swollen and cracked! This action of his is ultimate proof of how humble, submissive and overflowing with love of God his heart was; a heart devoid of any avarice for personal benefits to be obtained in return for the devoted worship.

Prophet Muhammad was not just a thankful slave of God, but the humility of his heart was also apparent by how he always tried to appreciate God’s creation, i.e. people who did any good, or helped him out in difficult times.

Even in the modern world, thanking people is a surefire way to win their hearts, and a great way for a leader to motivate his followers is to always appreciate the good that they do.

Aisha reported: “I never felt jealous of any of the wives of the Prophet as much as I did of Khadija, although I have never seen her, but the Prophet used to mention her very often. Whenever he slaughtered a sheep, he would cut it into pieces and send them to the women friends of Khadija. When I sometimes said to him: “You treat Khadija in such a way as if there is no woman on earth except her”. He would say: Khadija was such and such (commending her and speaking well of her), and I had children from her.” (Al-Bukhari and Muslim)

Even after Khadija’s death, Prophet Muhammad appreciated her. He mentioned her positively very often before his other wives; he appreciated her friends and sent gifts as a continuing legacy of goodwill. He also appreciated the blessing of children that God blessed him with through Khadija.

How often do we see such humble and thankful behavior, especially after a wife’s death?

How many husbands remember their deceased wives years later like this, especially if they remarry and acquire younger wives?

More often than not, families move on with their lives, eventually forgetting about loved ones who have passed away years ago. But not so the Prophet, who kept his deceased wife’s memory alive by appreciating her and being thankful of her good deeds long after she was gone from his life!

Prophet Muhammad would never reject gifts or invitations to banquets. This, again, indicated his humility. He would always accept the food that his friends and companions offered him, and after he had eaten, he gave duaa to those who fed him or hosted him as a guest at a banquet:

Anas narrated that the Prophet came to Saad ibn Ubadah who brought him some bread and oil, and he ate. Then the Prophet said: “May fasting people break their fast with you, may the righteous eat your food, and may the angels send blessings upon you.” (Abu Dawud)

He did this even though, as we know from the Sunnah of his ascetic lifestyle, he did not harbor any particular love for food, nor did he have greed for worldly blessings. But his acceptance of these gifts indicates his thankfulness to the good that people did for him.

The Prophet would reward and thank people under his authority for their services. This included minors, slaves, and other people of lower social rank who performed menial tasks; tasks that some of us consider it beneath our dignity to perform, unless we absolutely have to.

Rabi’ah ibn Kaab Al-Aslami said: “I used to bring to the Messenger of Allah water for wudu and serve him. He said: “Ask of me.” I said: “I want to be with you in Paradise.” He said, “Is there anything else?” I said: “That is all.” He said: Help me to fulfill your wish by prostrating a great deal.” (Muslim)

Just look at how the Prophet is prodding his valet to ask him for anything he wants! Can more beautiful manners exist among human relationships than those exhibited by our Prophet? Even after Rabi’ah, the hadith narrator, asked for just his company in the hereafter, even then the Prophet prodded him to ask for more, in order to make sure he really did not want anything more.

Do we treat those who serve us even remotely the way the Prophet did?

We consider it socially awkward if not outright demeaning to talk nicely to, much less thank, peons, valets, domestic servants, waiters, and all those who serve us. We consider it enough that we pay them measly wages for their work.

Nay, our Prophet even went so far as to pray for the forgiveness of a female sweeper of his masjid. He did this many days after her death, when she was no longer around to see him appreciate her in this manner:

Abu Hurairah said: “A black woman who used to sweep the masjid died. The Prophet inquired about her. The people told him that she had died. He said, Why did you not inform me? He then said: Lead me to her grave. They led him to it and he prayed over her.” (Muslim)

When this cleaning lady died, the Prophet noticed her absence even though she hailed from a lower social rank, undoubtedly because of the high rank of the good deed that she performed habitually, namely, cleaning his masjid. His offering her funeral prayer posthumously after a few weeks is a great act of thankfulness anyone can do for someone who has worked for them!

Let’s ponder a bit about the state of our own hearts, keeping in mind the definition of shukr (thankfulness) that I have outlined above in this article.

When we realize the enormous blessings that God has bestowed upon us, can we become grateful to Him, by using those blessings according to His pleasure, and remembering and praising Him often for them?

In turn, we will hopefully realize that the blessings of God unfold in our lives through His order and decree first but through means of His creation, e.g. a mother’s love and care nurtures a child physically and emotionally; a father’s toil becomes the means by which God provides for him; a teacher’s hard work and effort becomes the means by which God grants him knowledge and skills, and so on.

Acknowledgement of God’s blessings; their appreciation and recognition should automatically lead one to be more humble and appreciative with God’s creation as well, just as was the case with Prophet Muhammad, who appreciated the good in people, no matter how little or seemingly insignificant it appeared to be.

Sadaf Farooqi is a freelance writer based in Karachi, Pakistan. She has a postgraduate master degree in Computer Science and a diploma in Islamic education. She has seven years of experience as a teacher of Islamic education courses for women and girls. She has an award winning blog called Sadaf’s Space, and has written for Hiba Magazine, SISTERS Magazine, Saudi Gazette and MuslimMatters.org. Sadaf has also authored a book titled Traversing the Highs and Lows of Muslim Marriage.