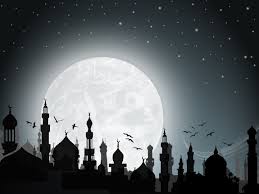 Muhammad was a Messenger of the Creator of the universe and that the Qur’an was not his own saying but it was revealed to him from Allah.

Read in the name of your Lord, who has created (all that exists), created man from a clot. Read! And your Lord is the Most Generous. (Surah Al-`Alaq 96:1-3) (Al-Bukhari)

Then, revelation continued, and orders came to Prophet Muhammad to proclaim his message and call people to the worship of Allah Alone. The Prophet undertook this duty fully and started inviting people to forsake the worship of idols and worship Allah, the Most High.

Allah (Glory be to Him) revealed upon Muhammad the Qur’an; a miraculous book that astonished people for its matchless style and perfection. The people of Arab Peninsula were renowned for their eloquence and purity of language. The Qur’an challenged them in what they were well versed in, and excelled them. Allah challenged them to bring something like the Qur’an or even a chapter like one of the Qur’anic chapters but they failed. They found that the Qur’an is inimitable in its style and articulacy. Ibn Hisham reported that Abu Al-Walid Ibn `Utbah was well known for his fluency and eloquence. He went to the Prophet (peace be upon him) and attempted to divert him away by offering him money and high position among people. When Abu Al-Walid finished his speaking, the Prophet recited some verses from the beginning of Surah Fussilat to him. Abu Al-Walid returned impressed by the style of the Qur’an and said to his people, “By Allah, I heard some words that I never heard alike. By Allah, it is not poetry, magic or soothsaying.”

The Qur’an also included scientific, historical and philosophic facts that were unknown to Arabs at that time. It talked about the creation of the heavens and earth, the beginning of life and stories of the past nations.

The enemies of Islam tried to raise groundless allegations about the Prophet by claiming that the Prophet (peace be upon him) was not illiterate. Rejecting his Prophethood, they wished to prove that Muhammad was able to read and write and that he read the scriptures of the former nations and composed the Qur’an from them. They brought as evidence that during the pact of Al-Hudaibiyah the people of Quraysh refused to write the Prophet’s title “Muhammad, the Messenger of Allah” and asked to remove it. So, he commanded `Ali to replace it with “Muhammad son of `Abdullah” but `Ali refused to erase it. So, the Prophet himself erased it with his own hand. They maintain that erasing means that he could identify it and he was able to write and read. Moreover, some of them say that the Prophet was able to recognize his engraved signature in his seal.

Actually, if we review other narrations of this event, we would reach the truth and get the answer. In another narration of the story of Hudaybiyah, it is reported that the Prophet asked `Ali where was the word “the Messenger of Allah” and `Ali told him. Then, he erased it.

As for the seal of the Prophet on which his name is inscribed, it is also nonsense because all those who use seals for signature are able identify their signature because it is something typed in the mind as a picture especially for an intelligent person like the Prophet Muhammad (peace be upon him).

Moreover, the endless miracles of the Qur’an prove that it is impossible for a human being to provide it from his own, even if he is the most knowledgeable person. The fact is as simple as that Muhammad was a Messenger of the Creator of the universe and that the Qur’an was not his own saying but it was revealed to him from Allah.

It should be noted that the illiteracy of the Prophet is not something defaming the Prophet Muhammad (peace be upon him) whom Allah favored upon all humans. Rather, this was for certain wisdom from Allah, Glory be to Him. It might be that people have firm faith that the Prophet did not bring this book from his own but it is revealed to him. Almighty Allah says,

And you did not recite before it any scripture, nor did you inscribe one with your right hand. Otherwise the falsifiers would have had [cause for] doubt. Rather, the Qur’an is distinct verses [preserved] within the breasts of those who have been given knowledge. And none reject Our verses except the wrongdoers. (Surah Al-`Ankabut 29:48-49)