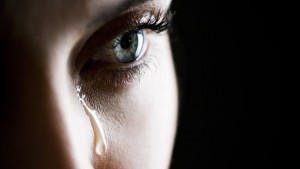 All divine religions prohibit rape, dispraise rapists and mete out severe punishment to them

Indeed, all divine religions prohibit rape, dispraise rapists and mete out severe punishment to them. Equal dowry is due to the female raped.

According to the Old Testament, a rapist has to marry his victim and give her guardian an equal dowry.

In the Old Testament, we read the following verses:

And if a man entices a maid that is not betrothed, and lie with her, he shall surely endow her to be his wife. If her father utterly refuses to give her unto him, he shall pay money according to the dowry of virgins. (Exodus 22:16-17)

The New Testament did not deal with rape explicitly. However, since a rapist is still a fornicator or adulterer, he is dispraised and incriminated by those verses handling adultery.

According to some verses in the New Testament, the adulterers will not inherit the kingdom of God. We read:

Or do you not know that the unrighteous will not inherit the kingdom of God? Do not be deceived: neither the sexually immoral, nor idolaters, nor adulterers, nor men who practice homosexuality, nor thieves, nor the greedy, nor drunkards, nor revilers, nor swindlers will inherit the kingdom of God. And such were some of you. But you were washed, you were sanctified, you were justified in the name of the Lord Jesus Christ and by the Spirit of our God. (1 Corinthians 6:9-11)

As for Islam, a rapist is stoned to death if he is married or flogged if he is not married. According to Al-Shafi, Malik, Al-Layth and other scholars, he should pay an equal dowry to his victim.

Like the New Testament, the Qur’an did not deal with rape explicitly. However, since a rapist is still a fornicator or adulterer, he is dispraised and incriminated by those verses handling adultery.

Not only does the Qur’an prohibit adultery but also just approaching this sin. In the Qur’an, we read the following verse:

“And do not approach unlawful sexual intercourse. Indeed, it is ever an immorality and is evil as a way.” (Al-Israa’ 17:32)

Prophet Muhammad included adultery in the most cardinal sins. Ibn Mas`ud reported: “I asked the Messenger of Allah ‘Which sin is the most serious?’ He replied, ‘To attribute a partner to Allah, though He Alone has created you.’ I asked: ‘What next?’ He said, ‘To kill your child, fearing that he will share your food with you.’ I asked again, ‘What next?’ He said, ‘To commit adultery with your neighbor’s wife.’” (Al-Bukhari & Muslim)