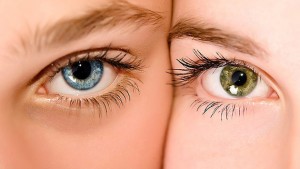 All divine religions prohibit lustful leer at the members of the opposite gender outside marriage.

As a matter of fact, all divine religions prohibit lustful leer at the members of the opposite gender outside marriage, especially when marriage with the intended member is unlikely like the case of married persons.

The Qur’an orders Prophet Muhammad to tell Muslims, men and women, to abstain from looking at each other lustfully and maintain their purity. In the Qur’an, we read the following verses:

It is reported that Prophet Muhammad said: “Do not follow a look at a woman with another. Verily, only the first one is for you but not the second.” (Ahmad)

Abu Sa`id Al-Khudri narrated that the Prophet said, “Beware! Avoid sitting on roads.” They (the people) said, “O Messenger of Allah! We can’t help sitting (on roads) as these are (our places) where we have talks.” The Prophet said, “lf you refuse but to sit, then pay the road its right.” They said, “What is the right of the road, O Messenger of Allah?” He said, “Lowering your gaze, refraining from harming others, returning greeting, and enjoining what is good, and forbidding what is evil.” (Al-Bukhari)

Prophet Muhammad admired this verse for it calls for good manners, especially decency.