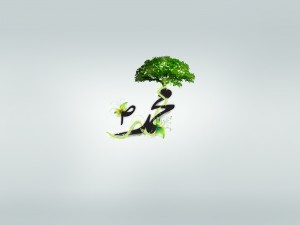 It was from the wisdom of Allah that people were being prepared for the Prophethood of Muhammad.

It was from the wisdom of Allah that people were being prepared for the Prophethood of Muhammad in various ways, some of which are as follows:

Previous Prophets gave their people glad tidings of the coming of Prophet Muhammad. Ibrahim invoked Allah to send a Messenger from among the Arabs. Allah answered his supplication by sending Prophet Muhammad. Allah says:

Our Lord! Send amongst them a Messenger of their own (and indeed Allah answered their invocation by sending Muhammad ), who shall recite unto them Your Verses and instruct them in the Book (this Qur’an) and Al-Hikmah (full knowledge of the Islamic laws and jurisprudence or wisdom or Prophethood, etc.), and sanctify them. Verily! You are the All-Mighty, the All- Wise. (Al-Baqarah 2:129)

And (remember) when `Isa (Jesus), son of Mary am (Mary), said : “O Children of Israel! I am the Messenger of Allah unto you confirming the Taurat [(Torah) which came] before me, and giving glad tidings of a Messenger to come after me, whose name shall be Ahmad. But when he (Ahmad, i.e., Muhammad came to them with clear -proofs, they said : “This is plain magic. “ (As-Saff 61: 6)

There was a concerted effort on the part of some Jews and Christians to distort their revealed books and to completely remove from them any mention of Muhammad. Despite their efforts, the Prophet’s name remained preserved in the Torah of As-Samirah and the Gospels of Barnabas. As for the latter book, it was still in the hands of people prior to the advent of Islam, but around the end of the fifth century (of the Christian calendar), the church forbade its circulation. The scrolls that have recently been uncovered near the Dead Sea support what is mentioned in the Gospels of Barnabas about the Prophet.

The native dwellers of Al-Madinah from the Aus and Khazraj tribes – who then became known as the Ansar – related in Mutawatir form that the Jews of Al-Madinah would inform them about the imminent appearance of the Messenger of Allah. They knew that he was from the Arabs, and they were waiting for him. The fact that the Ansar were foretold about the coming of the Prophet is one of the main reasons that prompted them to believe in the Prophet when he invited them to Islam.

Salamah ibn Salamah ibn Waqsh, a man from the Ansar, was one of the Muslim participants in the Battle of Badr. He said, “We had a Jewish neighbor who lived among the clan of Banu `Abd Al-Ash-hal (which was an idol-worshipping clan). Just prior to the advent of the Prophet, this neighbor left his house, came out to us, and sat in the gathering of `Abd Al-Ash-hal. That day, I was the youngest person in the gathering. Upon me was a robe, within which I was lying down in the courtyard of my family. He (his Jewish neighbor) mentioned resurrection, the Day of Resurrection, the accountability, the scale (in which good and bad deeds will be measured), Paradise, and the Hellfire. He was speaking to people who were polytheists and idol- worshippers, people who didn’t believe in resurrection after death (here, he is speaking about his own clan, the Banu `Abd Al-Ash-hal clan). They said to him, “Woe upon you, O so-and-so. You really feel that people will be resurrected after death to an abode that contains in it a Garden and a Fire? And do you really believe that, in that abode, they will be rewarded for their deeds?’ He said, ‘Yes, in Whose name oaths are taken, I believe this. He then said that, in the place of having his share of that Fire (in the Hereafter), he wished to enter the greatest oven on earth after it is first heated and before it is then closed upon him. That is how badly he wanted to be saved from that Fire (i.e., the Hellfire) tomorrow (i.e., in the Hereafter). They said to him, ‘Woe unto you, and what is the sign of that happening?’ He said, ‘A Prophet will be sent in the direction of these lands.’ And he pointed towards Makkah and Yemen. They asked, ‘And when will we see him.’

The Jewish man looked at me – and I was one of the youngest people among them – and said, ‘When this boy exhausts his years (i.e., reaches old age), he will be around when that Prophet is sent. By Allah, the days and nights did not depart [for me (i.e., I did not die)] until Allah sent His Messenger , who was alive in our midst. We believed in him, but that very same Jewish man disbelieved in him, out of jealousy and as a form of transgression.

We said to him, ‘Woe upon you, O so-and- so. Were you not the one who said about him what you said.’ He said, ‘Yes, but that is not him.’” (Sahih As-Sirah An-Nabawiyyah by Ibrahim Al-`Ali)

Before the advent of Islam, scholars from the People of the Book -at least the sincere ones among them- gave glad tidings of the coming of Prophet Muhammad. For example, while Salman Al-Farisi was travelling from one land to another in search of the truth, he spent some time under the guidance of a monk, who once said to Salman, “Verily, the time of a Prophet who will be sent with the religion of Ibrahim draws near. He will appear in the land of the Arabs, and he will migrate to a land that is situated between Harratain (land that is replete with volcanic rocks; this refers to the lands that border Al-Madinah to the east and to the west). Between them (i.e., between Harratain, or in other words, in Al-Madinah) are date-palm trees. He will have with him signs that are not hidden: He eats from what is given (to him) as a gift, but he doesn’t eat what is given as charity; and the stamp of Prophethood is located between his shoulders. If you are able to go to those lands, then do so.”

Eventually, Salman made it to Al-Madinah, though in the process he was wrongfully taken captive and turned into a slave. Shortly after Salman arrived there, the Messenger of Allah migrated to Al-Madinah. Wanting to put the monk’s words to the test, Salman went to the Prophet and gave him food, saying that he was giving it as charity. The Messenger of Allah gave the food to his Companions, but did not eat any of it himself. Later on, Salman returned with more food; this time, he told the Prophet that he was giving him the food not in charity, but as a gift. The Prophet gave some of the food to his Companions , and ate some himself. Then on another occasion, Salman saw with his own two eyes the third and final sign: The stamp of Prophethood between the Prophet’s shoulders. Salman then immediately embraced Islam.

Then there is the story of Abu At-Taihan, who moved from his homeland in Ash-Sham in order to live in Al-Madinah, among the Banu Quraizah tribe. Abu Taihan died two years before the beginning of Prophet Muhammad’s Prophethood. When he was on his deathbed, Abu Taihan said to the members of the Banu Quraizah tribe, “O group of Jews, what do you think prompted me to move from the land of wine and leavened bread -Ash-Sham – to the land of suffering and hunger -Al-Hijaz (Al-Madinah)?” They said, “You know best.” He said, “I came to this city in order to wait for the appearance of the Prophet whose time is near at hand. I had hoped for him to be sent (during my lifetime), so that I could follow him.”

Besides Abu Taihan, other rabbis and scholars were also coming forth with information about the awaited Prophet. News of his arrival spread among Jews and other peoples; in fact, all of the Jews of Al-Madinah believed with certainty that the awaited Prophet was soon to arrive.

When the leader of the Romans, Haraql, received a letter from the Prophet, he said, “I knew that he (the awaited Prophet) had come out, but I never thought that he would be one of you (i.e., an Arab).’ (Ibn Hisham)

Source: Taken with modifications from the author’s “Noble Life of the Prophet”, translated by Faisal Shafeeq