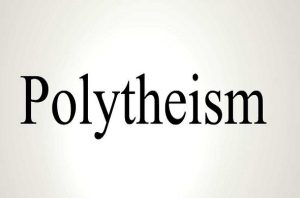 It is the only sin that Allah, the Most Merciful, never forgives, as stated in the Qur’an:

And when the Prophet Muhammad (peace be upon him) was asked which sin is the worst in the sight of Allah, he replied:

“To ascribe partners to Allah while He created you.”

Polytheism corrupts and invalidates acts of obedience, thus an act of obedience is not accepted and the slave is not rewarded when accompanied by the occurrence of polytheism, as Allah has stated in the Qur’an:

If they had joined In Worship others with Allah, All that they used to do would have been of no benefit to them. (Al-An`am 6:88)

Polytheism requires that its perpetrator be doomed to Hell forever if he dies as a polytheist, as Allah the Most High has stated in the Qur’an:

Verily, whosoever sets up partners in worship with Allah, then Allah has forbidden Paradise for him, and the Fire will be his abode. (Al-Ma’idah 5:72)

Polytheism is divided into two categories:

First: Major Polytheism which is in opposition to the very foundation of faith in the Oneness of Allah and expels a person from the religion of Islam.

Second: Minor Polytheism which is in opposition to having complete faith in the Oneness of Allah, however it does not expel a person from the religion of Islam.

And invoke not besides Allah, any that will neither profit you, nor hurt you, but if (in case) you did so, you shall certainly be one of the wrong-doers. (Yunus 10:106)

And put your trust in Allah if you are believers indeed. (Al-Ma’idah 5:23)

Moreover assigning partners to Allah by obeying them in what they make permissible and prohibited falls under this category of polytheism, as Allah informs us in the Qur’an:

They (Jews and Christians) took their rabbis and their monks to be their lords besides Allah (by obeying them in things which they made lawful or unlawful according to their own desires without being ordered by Allah and (They also took as their Lord) Messiah, son of Mary, while they (Jews and Christians) were commanded in the Torah and the Gospel) to worship none but one God (none has the Right to be worshiped but He) Praise and Glory be to him, (Far above is He) from having the partners they associate (with Him). (At-Tawbah 9:31)

This verse was revealed in regards to the Jews and Christians who obey their rabbis and priests regarding their making permissible what Allah forbids and their prohibiting what Allah permits. On the authority of `Adi ibn Hatim (may Allah be pleased with him):

I came to the Prophet (peace be upon him) wearing a golden cross around my neck. He said:

“`Adi! Throw away this idol,” and I heard him recite the verse:

“They (Jews and Christians) took their rabbis and their monks to be their lords besides Allah” (At-Tawbah 9:31)

It is anything that leads to the major polytheism and it is divided into two parts:

“Whoever swears by other than Allah then he has fallen into disbelief or polytheism.” (At-Tirmidhi)

And the Prophet (peace be upon him) replied to the one who said: “Whatever Allah wills and you will”:

“Have you made me equal to Allah? Rather say, what Allah wills alone.” (Ahmad)

Apparent polytheism is committed through actions such as wearing amulets and threads used as charms to ward off misfortune, and believing that they are a reason nfor that happening.

It is the polytheism that is related to intentions and wishes such as doing something to show off and for the sake of reputation, such that the act is not done for the sake of Allah the Exalted, rather it is done seeking praise or compliments from people. For example, a person might pray or fast so that people will say how upright or excellent his religious commitment is. The Prophet Muhammad (peace be upon him) said:

“The thing that I fear most for you is Minor Polytheism.” They said: “O Messenger of Allah, what is Minor Polytheism?” He said: “Showing off. Allah will say to them on the Day of Judgment when people are being rewarded for their deeds: ‘Go to those for whom you were showing off in the worldly life, and see if you find a reward with them.” (Ahmad)

The article is excerpted from the book “A Beneficial Summary of Rulings for New Muslim”, published by The Ministry of Endowments & Islamic Affairs, Kuwait- 2nd Edition 1436/2015.