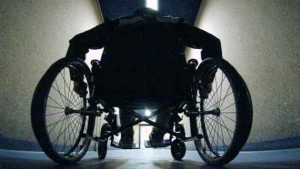 Not only does Islam preach justice towards people with special needs as if they were quite healthy people, but it also enjoins special treatment for them given their special needs.

As a matter of fact, tribulation is the norm of this worldly life. Man is created for a test, albeit a relatively prolonged one, followed up with either eternal happiness or endless misery. Though failure is awful, success is still worthwhile. There is nothing in between or a halfway end. Man is to make up his mind and choose for himself which way to take: either that one ending up in sheer bliss or the other one eventuating in absolute wretchedness.

Hence, everybody of us is supposed to experience a form of hardship on his way to Paradise, the abode of the immortal bliss promised by God, or even Hellfire, the abode of endless misery. It is quite safe to say that such hardship may be likened to a disability to be undergone by man.

Broadly speaking, such disabilities can be seen as imperfections, be they major or minor. In the sight of God, a major perfection which entails humiliation both in this world and the Hereafter is the one, material or moral, is induced by man himself in such a way which causes him to lose piety. However, God sees that such mental and physical disabilities, with which He afflicts man, are nothing so long as they do not affect piety, which is the real standard of perfection in Islam. Almighty Allah says,

Indeed, the most noble of you in the sight of God is the most pious of you. (Al-Hujurat 49:13)

There is a well-known incident in Islam where Allah blamed Prophet Muhammad because he ignored a blind man, who was a poor believer, to admonish disbelievers, who were richer and more prestigious and consequently much more perfect in worldly terms. There is a chapter in the Qur’an which is named after the above-mentioned occurrence. It is the Chapter of `Abasa (Frowned).

The opening verses of this chapter read:

(The Prophet) frowned and turned away, because there came to him the blind man (interrupting him). But what would make you perceive, (O Muhammad), that perhaps he might be purified or be reminded and the remembrance would benefit him? As for he who thinks himself without need, to him you give attention. And not upon you (is any blame) if he will not be purified. But as for he who came to you striving (for knowledge) while he fears (God), from him you are distracted. (`Abasa 80:1-9)

Though the blind man suffered a physical disability, he was deemed better than other men who were not physically disabled, but they were morally and spiritually disabled. He was given so great honor that God (Glory be to Him) blamed Prophet Muhammad (peace be upon him) for disregarding him even justifiably and for just a while.

Not only is God just towards people with special needs both on the worldly and otherworldly levels, but also He urges His servants to be also just towards their fellow brothers with special needs. Under Islam, suffering physical and mental disabilities does not constitute sufficient grounds for humiliation or even mockery.

Disability is something involuntary and beyond man’s control. Man can be humiliated only for such things he does out of free will. As I have just pointed out, disability is a test rather than a punishment or revenge. People with special needs should not have their disability aggravated by such insults or derogatory remarks by fellow human beings who are healthier and luckier.

O you who have believed, let not a people ridicule [another] people; perhaps they may be better than them; nor let women ridicule [other] women; perhaps they may be better than them. And do not insult one another and do not call each other by [offensive] nicknames. Wretched is the name of disobedience after [one’s] faith. And whoever does not repent – then it is those who are the wrongdoers. (Al-Hujurat 49:11)

There is no blame on those who are weak or ill or who find no resources to spend [in holy fighting (Jihad)], if they are sincere and true (in duty) to God and His Messenger. No ground (of complaint) can there be against the Muhsinun (good-doers). And God is Oft-Forgiving, Most Merciful. (Al-Tawbah 9:90)

Even if the people with special needs cannot offer advice, they are still excused and just commanded to obey God as far as possible. Allah(Glory be to Him)  says:

Though people with special needs are exempted from the military form of jihad, they are not exempted from its reward if they really have sincere intentions to engage in it. On one conquest, Prophet Muhammad (peace be upon him) said to his Companions: “You left behind some people in Medina who did not fail to be with you wherever you went and whatever you spent (of your goods) and whatever valley you crossed.” The Companions wondered: “How can they be with us when they are still in Medina?” He replied: “They were hindered by a valid excuse.” (Muslim)

To conclude, needless to say that the Islamic approach to the treatment of the people with special needs is a very unique and unprecedented one. The pertinent Islamic perspective is remarkable for ultimate justice and absolute fairness. Suffice it to say that this impartial Islamic attitude is 1434 years old, that is to say that it preceded all the affected modern approaches and is still much more equitable than all of them.