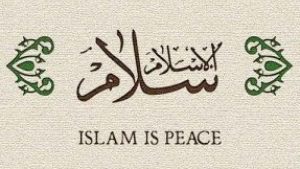 Peace opens doors to all kinds of opportunities which are present in any given situation.

Islam is a religion of peace in the fullest sense of the word. The Qur’an calls its way “…The ways of peace…” [Al-Ma’idah 5:16] It describes reconciliation as the best policy [Al-Nisa’ 4:128], and states that God abhors any disturbance of peace [Al-Baqarah 2:205]

This verse is repeated in the Qur’an no less than 114 times. It shows the great importance Islam attaches to such values as Mercy and Compassion. One of God’s names, according to the Qur’an, is As-Salaam, which means Peace. Moreover, the Qur’an states that the Prophet Muhammad (Peace and blessings be upon him) was sent to the world as a mercy to mankind. [Al-Anbiya’ 21:107]

A perusal of the Qur’an shows that most verses of the Qur’an (and also the Prophetic Hadith) are based on peace and kindness, either directly or indirectly. The ideal society, according to the Qur’an is Dar As-Salaam, that is, the house of peace [Yunus 10:25]

The Qur’an presents the universe as a model, which is characterised by harmony and peace [Ya-Sin 36:40] When God created heaven and earth, He so ordered things that each part might perform its function peacefully without clashing with any other. The Qur’an tells us that “It is not allowable [i.e., possible] for the sun to reach the moon, nor does the night overtake the day, but each, in an orbit, is swimming.” [Ya-Sin 36:40] For billions of years, therefore, the entire universe has been fulfilling its function in total harmony with His divine plan.

According to Islam, peace is not simply an absence of war. Peace opens doors to all kinds of opportunities which are present in any given situation. It is only in a peaceful situation that planned activities are possible. It is for this reason that the Qur’an says: “…And settlement is best…” [An-Nisa’ 4:128] Similarly, Prophet Muhammad (Peace and blessings be upon him) has observed: “God grants to gentleness (Rifq) what He does not grant to violence (‘Unf). [Abu Daawood]

According to Islam, peace is the rule and war is only an exception. Even in defensive war we have to analyse its result; if the result is doubtful, Muslims should avoid war. Stray acts of aggression are not enough for Muslims to rush into war. They have to assess the whole situation and adopt a policy of avoidance when war is not certain to achieve a positive result.

In actual fact, the mission of all the Prophets from Adam to ‘Eesaa (Jesus), may Allah exalt their mention, was one and the same – of establishing the ideology of monotheism (i.e. Tawhid) in the world, so that man might worship the One God alone. As we know, there came a large number of Prophets in ancient times but the message of monotheism remained at the initial stage; it could not culminate in revolution.

In ancient times, the system of monarchy was entrenched throughout the world. The kings, in order to secure their political interests, adopted the course of religious persecution. These kings suppressed all religious movements that were different from the state religion. They would nip all ‘apostasy’ in the bud since they saw religion as a matter of affirming one’s loyalty to the state. If a person adhered to a religion other than the state religion, he was regarded as a rebel.

That is why in ancient times, prophetic movements could go no further than the state of Da’wah, or invitation to Islam. No sooner would a movement based on monotheism arise than the coercive political system would be activated to pull it out by its roots. The reason for the absence of any historical record of Prophets (besides the Prophet Muhammad (Peace and blessings be upon him)) in antiquity is traceable to the intense opposition of these coercive political systems.

All the Prophets of ancient times, historically speaking, were like mythical beings, rather than real human beings accepted as historical figures. Prophet ‘Eesaa (Jesus), may Allah exalt his mention, was the last link in the chain of these persecutions faced by the preachers of monotheism. Then God decreed the abolition of this coercive political system, even if it entailed the use of force in order that the age of religious persecution might be brought to an end forever, and replaced by the age of religious freedom. This Divine plan was brought to completion through the Prophet Muhammad (Peace and blessings be upon him) and his companions, may Allah be pleased with them all. This is the command given in the Qur’an: “Fight them until there be no fitnah [i.e., persecution] and [until] the religion [i.e., worship], all of it, is for Allah…” [Al-Anfal 8:39]

Therefore, Prophet Muhammad (Peace and blessings be upon him) received special divine succour in the form of a powerful team consisting of one hundred thousand individuals. Equipped with this team, the Prophet (Peace and blessings be upon him) waged war to end this coercive system of religious persecution, and it was in Arabia that it was first of all overthrown. Then within a very short span of time, they advanced to abolish the coercive system established by the Sassanid and Byzantine empires.

In the wake of this Islamic action, the coercive system was abolished forever in the major part of the inhabited world of the time. This war waged by Prophet Muhammad (Peace and blessings be upon him) and his companions was not a war as is commonly understood, but rather a divine operation, which was carried out by people who possessed a high standard of moral character.

However, this operation was certainly only temporary in nature. Its goal was to put an end to the age of religious persecution and usher in the age of religious freedom. This end was fully achieved during the early period of Islam, the age of the pious Caliphs. Afterwards the time came to keep the sword in its sheath and engage in Da’wah work, that is, the call to God, which was the real and permanent goal of Islam.

It is no exaggeration to say that Islam and violence are contradictory to each other. The concept of Islamic violence is so obviously unfounded that, prima facie it stands rejected. The fact that violence is not sustainable in the present world is enough to convince one that violence, as a principle, is quite alien to the scheme of things in Islam. Islam claims to be an eternal religion and such a religion cannot afford a principle in its scheme which will not be sustainable in later periods of human history. An attempt to bracket violence with Islam amounts to casting doubts upon the very eternity of the Islamic religion.

No wonder then that the Prophet Muhammad (Peace and blessings be upon him) so earnestly used to entreat his Lord in his daily prayer: “O God, you are the original source of Peace; from You is all Peace, and to You returns all Peace. So, make us live with Peace; and let us enter paradise: the House of Peace. Blessed be You, our Lord, to whom belongs all Majesty and Honour!”

Taken with slight editorial modifications and summarization from “The Man Islam Builds,” by Maulana Wahiduddin Khan.