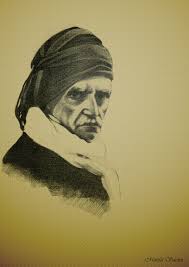 If you desire the true meaning of pleasure and enjoyment in this world, animate your life with belief; adorn it with fulfilling religious obligations; and maintain it by abstaining from sins.

One day, a number of bright young people came to me, seeking an effective deterrent against the danger arising from modern worldly life, youth, and animal desires. As I had previously told other young people who sought help, I also said to them:

Your youth will definitely disappear, and if you do not restrict yourselves within the limits of the lawful, it will be lost. Rather than its pleasures, it will bring you suffering and calamities in this world, in the grave, and in the hereafter. If under the Islamic discipline you use the blessings of youth worshipfully, gratefully, chastely and uprightly, it will definitely be fruitful and will be a cause for gaining eternal youth.

As for life, if it is without belief — or if belief, because of rebelliousness, is ineffective — it will produce pains, sorrows and grief far exceeding the superficial, fleeting enjoyment and pleasure it may bring.

Unlike animals, man, as an intelligent, thinking being, is intrinsically connected to the past and the future, as well as to the present time. He derives both pain and pleasure from them. Whereas neither the sorrows arising from the past nor the fears and anxieties concerning the future spoil animals’ present pleasure, since they do not think.

But if man has fallen into misguidance and heedlessness, sorrows over what was done or missed in the past and anxieties about the future will mar his illicit pleasure, diluting it with pains. Such pleasure is like poisoned honey. This means that, with respect to enjoyments of life, misguided people are even a hundred times lower than the animals.

By contrast, when people build their lives upon belief in Almighty Allah, their past, present and future — and in fact their whole lives — will be illuminated by that belief and be filled with true pleasures and lights of existence for their spirit and heart.

Where the Pleasure of Life Lies

So, that is how life is. If you desire the true meaning of pleasure and enjoyment in this world, animate your life with belief; adorn it with fulfilling religious obligations; and maintain it by abstaining from sins.

As for the fearsome reality of death, which is demonstrated by instances of death every day, in every place and time, I shall explain it to you with a parable in the same way as I explained it to some other youths:

Let us suppose a gallows has been set up here in front of our eyes. Next to it, there is a lottery office, one which gives tickets for truly high prizes. We are here ten people, and willingly or unwillingly, shall certainly be invited there. They may call us at any moment — since the appointed time is unknown to us — and say either, “Come and mount the gallows for execution!” or “A prize ticket worth millions of dollars has come up for you; come and collect it!”

While we are waiting for either call, two people suddenly turn up. One of them is a scantily dressed woman, beautiful and alluring. She holds in her hand and offers some apparently very delicious, but in fact poisonous, sweets, which she wants us to eat. The other is an honest, solemn man, who enters behind the woman and says:

“I have brought you a talisman, a lesson. If you study it, and if you do not eat the sweets, you will be saved from the gallows. With this talisman, you will receive your ticket for the matchless prize.”

You see with your own eyes that those who eat the sweets inevitably mount the gallows, and furthermore, until they mount them, they suffer dreadful stomach pains from the poison of the sweets.

As for those who receive the ticket for the big prize, it seems that they too mount the gallows. But millions of witnesses testify that they are not hanged on the gallows, yet they use them as a step to enter the prize arena easily.

So, look from the windows! The top officials and the high-ranking figures concerned with this business announce with loud voices, ‘Just as you see clearly with your own eyes those mounting the gallows to be hanged, so also know with utmost certainty that those with the talisman receive the ticket for the prize.’

As in the parable, the dissolute, religiously forbidden pleasures of youth — which are like poisonous sweets — are the cause of losing belief, which is the ticket to an eternal treasury and a document for everlasting happiness. Those who indulge in them are subject to death, represented by the gallows here, and to the tribulations of the grave, which is the door to eternal darkness.

The appointed hour of death is unknown; therefore, the executioner, not differentiating between young and old, may come at any time to cut off your head. Give up the forbidden pleasures (the poisonous sweets), and hold onto the talisman (faith in Allah and observance of religious obligations).

Almighty Allah sent many prophets and messengers (peace and blessings be upon them) to proclaim that you will get to the treasury of eternal happiness if you choose the right path, which they made clear with many signs and proofs. And this was also proclaimed by an untold number of pious people.

Youth will certainly pass. If it is wasted in indulgences, it will result in thousands of misfortunes and pains both in this world and the next. Perhaps you want to understand how such youths end up in hospitals with mental and physical diseases, mainly because of their abuse, and in prisons or hostels for the destitute as a result of their excesses, and in bars because of the distress provoked by their spiritual unease. Then, go and inquire at the hospitals, prisons and cemeteries.

For sure you will hear from most of the hospitals the moans and groans of those ill from dissipation and debauchery resulting from the uncontrollable appetites of youth.

Also you will hear from the prisons the regretful sighs of unhappy wretches, suffering for illicit actions mostly resulting from the excesses of their youth.

Indeed, most of the torments of the grave — that intermediate realm whose doors continuously open and shut for those who enter it — are the result of misspent youth. You can know the truth of the matter from the Qur’an and the hadiths, as well as the righteous scholars.

Ask the old and the sick about this matter, and the great majority of them will answer you with grief and regret, “Alas! We wasted our youth in frivolities, indeed harmfully. Be careful, never do as we did!”

A man with no faith or wisdom may subject himself — for the sake of the illicit pleasures of a short period of youth — to years of grief and sorrow in this world, torment and harm in the intermediate realm, and the severe punishment of Hell in the hereafter. Despite being in a most pitiable situation, he does not deserve any pity. That is because one who freely consents to indulging in harmful and unlawful actions is not worthy of pity.

May Almighty Allah save us and you from the alluring temptations of this age and preserve us against them. Amen.

Bediuzzaman Sa`id Nursi was born in 1878. He is commonly known as Bediüzzaman, which means “the wonder of the age”. He was born in Nurs, a village in the Ottoman Bitlis Province in eastern Anatolia, Turkey.