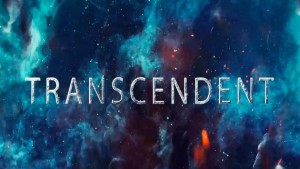 How can Jesus be God though the Bible confirms that he was a humble servant of God?

However, those attributes do not contradict God’s mercifulness and compassion simply because they just indicate God’s transcendence, superiority and exaltedness. He is Omnipotent and Matchless.

The Transcendent in Islam

In the Qur’an, God (called “Allah” in Arabic) is described as “the Transcendent” and “the Superior”. For example, we read:

He is Allah, other than whom there is no deity, the Sovereign, the Pure, the Perfection, the Bestower of Faith, the Overseer, the Exalted in Might, the Transcendent, the Superior. Exalted is Allah above whatever they associate with Him. (Al Hashr 59:23)

The Qur’an confirms that transcendence and superiority belong to God in heaven and earth. We read:

God is also described as “the Exalted”. We read:

Allah knows what every female carries and what the wombs lose [prematurely] or exceed. And everything with Him is by due measure. [He is] Knower of the unseen and the witnessed, the Grand, the Exalted (Ar-Ra`d 13:8-9)

The Transcendent in Christianity

Though Jesus is taken as God in Christianity, the Bible tells us to which extent he was lowly. For example, the New Testament quotes Jesus as saying: “Take my yoke upon you, and learn from me, for I am gentle and lowly in heart, and you will find rest for your souls.” (Matthew 11:29)

The Bible also quotes Jesus as confirming that he came to serve not to be served. We read: “Even as the Son of Man came not to be served but to serve, and to give his life as a ransom for many.” (Matthew 20:28)

The New Testament informs us that Jesus was so humble that he proceeded to wash the feet of his disciples. We read: “Then he poured water into a basin and began to wash the disciples’ feet and to wipe them with the towel that was wrapped around him.” (John 13:5)

Now, we may wonder: can God be lowly or even humble? The answer is: of course no, simply because God is far above humbleness, that is to say He has nothing which may disgrace or discredit Him or impel Him to show lowliness or humbleness.

As for man, no matter how perfect and elevated he may be, there are still things which disgrace and discredit him and impel him to show humbleness out of humility before God. So, there is no prefect man, for the human perfection is a relative rather than absolute one, that is to say a human being may be more perfect than other human beings but not ultimately perfect.

Since man is naturally humble, he cannot claim transcendence, superiority or exaltedness or dispute with God over the exclusive peculiarities of His divinity and lordship. He may only admit to his human imperfection and earthly deficiency.

This humble behavior is exactly what was displayed by Jesus. He did not show any sort of transcendence, superiority or exaltedness for those qualities are exclusive to God. A human being should show humility before God, even if he is a prophet or messenger of God.

Therefore, in the Bible, we read: Now behold, one came and said to Him, “Good Teacher, what good thing shall I do that I may have eternal life?” So He said to him, “Why do you call Me good? No one is good but One, that is, God. But if you want to enter into life, keep the commandments.” (Matthew 19:16-17)

In the above verses, Jesus made clear that none is good but God and he himself could not be called good, that is to say he was not perfectly good. Rather, his goodness was such a human one which was vulnerable to imperfection and fallibility.

Those verses indicate the servitude of Jesus and negate his alleged divinity and lordship. God must be absolutely good, but Jesus was relatively good compared to the other human beings.

In fact, there are many verses in the New Testament which confirm Jesus’ servitude of God. For example, we read: “The God of Abraham, Isaac, and Jacob—the God of our ancestors—has glorified his servant Jesus. This is the one you handed over and denied in Pilate’s presence, even though he had already decided to release him.” (Acts 3:13)

We also read: “Indeed Herod and Pontius Pilate met together with the Gentiles and the people of Israel in this city to conspire against your holy servant Jesus, whom you anointed.” (Acts 4:27)

We further read: “Stretch out your hand to bring healing and enable signs and wonders to be performed through the name of Jesus, your holy servant.” (Acts 4:30)

It is curious that the New Testament itself emphasizes that Jesus was created in God’s image like all other human beings. (Genesis 1:26) Therefore, he did not deem himself equal to God and contented himself with servitude of God like other human beings.

We read: “Let this mind be in you, which was also in Christ Jesus: Who, being in the form of God, thought it not robbery to be equal with God: But made himself of no reputation, and took upon him the form of a servant, and was made in the likeness of men.” (Philippians 2:5-7)

Finally, there are other verses which affirm the fact that Jesus was the servant and messenger of God. We read: “After God raised his servant, he sent him to you first—to bless you by enabling each of you to turn from your evil ways.” (Acts 3:26)

We also read: “And so, dear brothers and sisters who belong to God and are partners with those called to heaven, think carefully about this Jesus whom we declare to be God’s messenger and High Priest. For he was faithful to God, who appointed him, just as Moses served faithfully when he was entrusted with God’s entire house.” (Hebrews 3:1-2)

After all, it becomes quite evident now that Jesus was a humble servant and messenger of God according to the Bible itself. Accordingly, he cannot be God, for God should be Transcendent, Superior and Exalted. This is our one and only God.