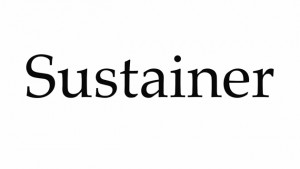 Who sustained the universe before the birth of Jesus and when he was a helpless newborn and when asleep and after his alleged death?

This universe could not have been there and cannot continue to exist if God has not pre-existed it or if sleep or death could have absented Him from it.

The Sustainer in Islam

In the Qur’an, God (called “Allah” in Arabic) is described as “the Sustainer” Whom cannot be overtaken by drowsiness or sleep. We read:

Allah – there is no deity except Him, the Ever-Living, the Sustainer of [all] existence. Neither drowsiness overtakes Him nor sleep. To Him belongs whatever is in the heavens and whatever is on the earth. (Al-Baqarah 2:255)

The Sustainer in Christianity

Though Jesus is taken as God in Christianity, the Bible tells us that he was not “the Sustainer” simply because he was created after the creation of the universe. We read: “This is how the birth of Jesus Christ took place. When Mary his mother was engaged to Joseph, before they were married, she became pregnant by the Holy Spirit.” (Matthew 1:18)

In the New Testament, the Bible reports that Jesus was a helpless newborn whom Joseph took along with his mother to Egypt to save them from death. We read: When the magi had departed, an angel from the Lord appeared to Joseph in a dream and said, “Get up. Take the child and his mother and escape to Egypt. Stay there until I tell you, for Herod will soon search for the child in order to kill him.” (Matthew 2:13)

The Bible also narrates that Jesus used to sleep like any other human being. We read: “When Jesus got into a boat, his disciples followed him. A huge storm arose on the lake so that waves were sloshing over the boat. But Jesus was asleep. They came and woke him, saying, “Lord, rescue us! We’re going to drown!” (Matthew 8:23-25)

However, the New Testament, particularly the very Gospel of Matthew from which we quoted the above verses, states that Jesus was buried Friday night (Matthew 27:60) and rose before dawn on Sunday (Matthew 28:1) i.e. Saturday night, that is to say he remained in his alleged grave two nights and one day only.

Anyhow, we may ask: who sustained the universe before the birth of Jesus and when he was a helpless newborn and when asleep and after his death for the alleged three days and three nights?

There is no doubt that it is God (called “Father” in Christianity) Who sustained the universe at the stated and all other times.

Accordingly, God is the true Deity Who is worthy of worship. Jesus is not God. Had Jesus been God, the universe would not have stuck out before his birth, during his infancy and sleep and after his alleged death.

Since the universe held out, this means that there was someone else who was in charge. This is God, the Sustainer.