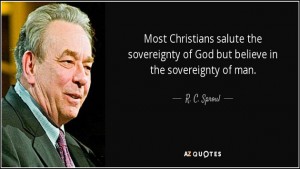 The names and attributes of God include “Sovereign”, “Subduer”, “Subjugating Authority”, and “Master”. It sounds quite logical that all forms of sovereignty, subordination, subjugation, and mastery are attributed to the Creator of this great universe. No wonder, since God is the Creator of everything, it is unreasonable that a creature is more sovereign than the Creator.

The Sovereign in Islam

In the Qur’an, God (called “Allah” in Arabic) is often given all attributes indicating sovereignty, subordination, subjugation and mastery. For example, God is described as “Sovereign” in the Qur’an. We read:

He is Allah, and there is no God beside Him, the King, the Holy One, the Source of Peace, the Bestower of Security, the Sovereign, the Mighty, the Subduer, the Exalted. Holy is Allah far above that which they associate with Him. (Al-Hashr 59:23)

God is also described as “Subduer”. We read:

Say, [O Muhammad], “I am only a warner, and there is not any deity except Allah, the One, the Subduer. Lord of the heavens and the earth and whatever is between them, the Exalted in Might, the Perpetual Forgiver.” (Sad 38:65-66)

If Allah had intended to take a son, He could have chosen from what He creates whatever He willed. Exalted is He; He is Allah, the One, the Subduer. (Az-Zumar 39:4)

God is also described as “Subjugating Authority”. We read:

And He is the Subjugating Authority over His servants. And He is the Wise, the Acquainted [with all]. (Al-An`am 6:18)

He is also described as the “Master”. We read:

And Allah is the Master of His affair, but most of the people do not know. (Yusuf 12:21)

The Sovereign in Christianity

Though Jesus is taken as God in Christianity, we notice that the Bible relates to us several experiences of Jesus which do not beseem a sovereign god for this great universe.

For example, the New Testament tells us that Jesus suffered many things from the elders, chief priests and scribes and that he predicted the same.

We read: “From that time Jesus began to show his disciples that he must go to Jerusalem and suffer many things from the elders and chief priests and scribes, and be killed, and on the third day be raised.” (Matthew 16:21)

The New Testament also informs us that Jesus was delivered to people to kill him and he predicted the same. We read: As they were gathering in Galilee, Jesus said to them, “The Son of Man is about to be delivered into the hands of men, and they will kill him, and he will be raised on the third day.” And they were greatly distressed. (Matthew 17:22-23)

The New Testament also narrates to us that Jesus was mocked, flogged, crucified, and condemned to death and that he foretold the same.

We read: “See, we are going up to Jerusalem. And the Son of Man will be delivered over to the chief priests and scribes, and they will condemn him to death and deliver him over to the Gentiles to be mocked and flogged and crucified, and he will be raised on the third day.” (Matthew 20:18-19)

About the crucifixion scene, the New Testament reports that the soldiers stripped Jesus, put a scarlet robe on him, twisted together a crown of thorns, put it on his head, mocked, spit on and struck him on the head.

We read: Then the soldiers of the governor took Jesus into the governor’s headquarters, and they gathered the whole battalion before him. And they stripped him and put a scarlet robe on him, and twisting together a crown of thorns, they put it on his head and put a reed in his right hand. And kneeling before him, they mocked him, saying, “Hail, King of the Jews!” And they spit on him and took the reed and struck him on the head. And when they had mocked him, they stripped him of the robe and put his own clothes on him and led him away to crucify him. (Matthew 27:27-31)

A question now arises: how can a person, who not only experienced suffering at the hands of people and was delivered to them to kill, but was also stripped, mocked, spit at, struck, flogged and crucified, be God? Does that not contradict the attributes of God indicating sovereignty, subordination, subjugation and mastery?

There is no doubt that the suffering Jesus presumably experienced at the end of his life as reported by the Bible makes it impossible for us to believe in Jesus as God for that goes against the very basis of divinity and lordship.