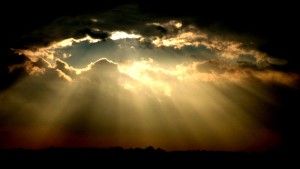 One of the names and attributes of God is “the Honorable”. The Creator of this universe should be Honorable; He cannot be dishonorable for a dishonored being cannot be God for this great universe. So, it goes without saying that it is God Who is the Honorable Who honors whom He likes and dishonors whom He dislikes. None cannot honor or dishonor Him.

The Honorable in Islam

In the Qur’an, God (called “Allah” in Arabic) is often described as “the Honorable”. We read:

Indeed, this is the true narration. And there is no deity except Allah . And indeed, Allah is the Honorable, the Wise. (Aal `Imran 3:62)

The Qur’an confirms that it is God Who honors and dishonors others, not vice versa. We read:

The Qur’an also emphasizes that honor entirely belongs to God alone. We read:

Those who take disbelievers as allies instead of the believers. Do they seek with them honor [through power]? But indeed, honor belongs to Allah entirely. (An-Nisaa’ 4:139)

Whoever desires honor [through power] – then to Allah belongs all honor. To Him ascends good speech, and righteous work raises it. But they who plot evil deeds will have a severe punishment, and the plotting of those – it will perish. (Fatir 35:10)

The Honorable in Christianity

Though Jesus is taken as God in Christianity, we notice that the Bible relates to us to which extent Jesus was allegedly dishonored and humiliated at the end of his life.

For example, the New Testament tells us that Jesus suffered many things from the elders, chief priests and scribes and that he predicted the same.

We read: “From that time Jesus began to show his disciples that he must go to Jerusalem and suffer many things from the elders and chief priests and scribes, and be killed, and on the third day be raised.” (Matthew 16:21)

The New Testament also narrates to us that Jesus was mocked, flogged, crucified, and condemned to death and that he foretold the same.

We read: “See, we are going up to Jerusalem. And the Son of Man will be delivered over to the chief priests and scribes, and they will condemn him to death and deliver him over to the Gentiles to be mocked and flogged and crucified, and he will be raised on the third day.” (Matthew 20:18-19)

About the crucifixion scene, the New Testament enumerates the ways in which Jesus was dishonored and humiliated. For example, the New Testament mentions that Jesus was struck and mocked and had his face spit at and slapped. We read: Then they spit in his face and struck him. And some slapped him, saying, “Prophesy to us, you Christ! Who is it that struck you?” (Matthew 26:67-68)

The New Testament also reports that the soldiers stripped Jesus, put a scarlet robe on him, twisted together a crown of thorns, put it on his head, mocked, spit on and struck him on the head.

We read: Then the soldiers of the governor took Jesus into the governor’s headquarters, and they gathered the whole battalion before him. And they stripped him and put a scarlet robe on him, and twisting together a crown of thorns, they put it on his head and put a reed in his right hand. And kneeling before him, they mocked him, saying, “Hail, King of the Jews!” And they spit on him and took the reed and struck him on the head. And when they had mocked him, they stripped him of the robe and put his own clothes on him and led him away to crucify him. (Matthew 27:27-31)

There is no doubt that a dishonorable, contemptible being cannot be God, for the true God is the Honorable Who honors whom He likes and dishonors whom He dislikes, and may not be honored or dishonored by others.