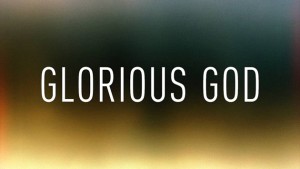 Jesus cannot be God for he was a servant who had no innate glory, but he derived glory from God

One of the names and attributes of God is “the Most Glorious”. There is no denying that the Creator of our great universe should be Most Glorious, and to Him each sort of glory belongs, for He is the Great Deity, Who can never derive his glory from others, but from His own divine essence.

The Most Glorious in Islam

In the Qur’an, God (“Allah” in Arabic) is described as “the Most Glorious”. For example, we read:

They said, “Are you amazed at the decree of Allah ? May the mercy of Allah and His blessings be upon you, people of the house. Indeed, He is Praiseworthy and Most Glorious.” (Hud 11:73)

Indeed, it is He who originates [creation] and repeats. And He is the Forgiving, the Affectionate, Glorious Owner of the Throne, Effecter of what He intends. (Al Buruj 85:12-16)

In a qudsi (divine) hadith, God describes Himself as “Most Glorious”. Ahmad and At-Tirmidhi reported on the authority of Abu Dharr that the Prophet quoted God as saying: “…That is because I am the Most Generous, and the Most Glorious, doing as I will. I give by My speech and I punish by My speech, whenever I will something I only say: ‘Be’ and it shall be. “

The Most Glorious in Christianity

In the New Testament, the Bible ascribes the glory of Jesus to God (called “Father” in Christianity). We read: “For the Son of Man is going to come with his angels in the glory of his Father.” (Matthew 16:27)

More than once, the Bible quotes Jesus as saying that it is God Who glorified him. We read: “Jesus answered, ‘If I glorify myself, my glory is nothing. It is my Father who glorifies me.’” (John 8:54)

In addition, the Acts tells us that Jesus was just a servant whom God glorified. We read: “The God of Abraham, Isaac and Jacob, the God of our fathers, has glorified his servant Jesus. You handed him over to be killed, and you disowned him before Pilate, though he had decided to let him go.” (Acts 3:13)

It becomes evident now that glory belongs to God alone and it is He Who glorifies and gives glory to whom He likes. As for Jesus, he was a servant who had no innate glory, and he was rather glorified and given glory by God.

Consequently, Jesus cannot be God for God’s glory is an innate one, but that of Jesus was derived from God’s.