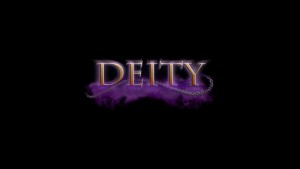 The Islamic conception of “the Deity” sounds reasonable, whereas the Christian conception is unreasonable

One of the names and attributes of God is “the Deity”. The true god of this universe in whom the human mind can believe must be “the Deity”, a name necessarily involving the communication of His divinity to mankind, the right to be worshipped, humanity’s obligation to worship Him alone and the explanation of the acts of worship.

The Deity in Islam

The name of “the Deity” is deservedly given to God in Islam. In the Qur’an, we find uncountable verses indicating that God (“Allah” in Arabic) is the true God Who is worthy of worship and commanding worship for Him. For example, we read:

O mankind, worship your Lord, who created you and those before you, that you may become righteous (Al-Baqarah 2:21)

Say, “O People of the Scripture, come to a word that is equitable between us and you – that we will not worship except Allah and not associate anything with Him and not take one another as lords instead of Allah.” But if they turn away, then say, “Bear witness that we are Muslims [submitting to Him].” (Aal `Imran 3:64)

In the Glorious Qur’an and the Prophetic Sunnah, we find many texts explaining how to worship God. For example, the Qur’an indicates that the worship of God involves offering prayer for Him. We read:

Indeed, I am Allah. There is no deity except Me, so worship Me and establish prayer for My remembrance. (Taha 20:14)

The Qur’an also points out that the worship of God involves bowing down and prostration in reference to prayer as well as doing good deeds. We read:

O you who have believed, bow and prostrate and worship your Lord and do good – that you may succeed. (Al-Hajj 22:77)

The Deity in Christianity

In Christianity, we have a conception of Jesus as one of three persons constituting God though Jesus cannot be given the name of “the Deity” for he did not say that he was God or even one of three persons making up God, claim the right to be worshipped, command worship for himself or explain how to worship him.

On the contrary, we find him indicating that he had God like us more than once in the Bible. In the New Testament, we read: And about the ninth hour Jesus cried out with a loud voice, saying, “Eli, Eli, lema sabachthani?” that is, “My God, my God, why have you forsaken me?” (Matthew 27:46)

We also read: Jesus said to her, “Do not cling to me, for I have not yet ascended to the Father; but go to my brothers and say to them, ‘I am ascending to my Father and your Father, to my God and your God.’” (John 20:17)

Moreover, in the New Testament, we do not find statements of Jesus indicating his right to be worshipped or a command for people to worship him. Rather, we find Jesus commanding worship of God alone and negating the right of anyone else to be worshipped. For example, in the New Testament, we find that Jesus replied to Satan when the latter tried to tempt him to worship him, saying: “Be gone, Satan! For it is written, “‘You shall worship the Lord your God and him only shall you serve.’” (Matthew 4:10)

Jesus explained how to worship and pray to God. The New Testament quotes Jesus as saying: Pray then like this: “Our Father in heaven, hallowed be your name. Your kingdom come, your will be done, on earth as it is in heaven. Give us this day our daily bread, and forgive us our debts, as we also have forgiven our debtors. And lead us not into temptation, but deliver us from evil.” (Matthew 6:9-13)

The New Testament mentions that Jesus himself worshipped and prayed to God. For example, we read: “And when he had sent the multitudes away, he went up into a mountain apart to pray: and when the evening was come, he was there alone.” (Matthew 14:23)

We also read: And going a little farther he fell on his face and prayed, saying, “My Father, if it be possible, let this cup pass from me; nevertheless, not as I will, but as you will.” (Matthew 26:39)

After all, it becomes evident enough that the Islamic conception of God (“the Deity”) sounds quite reasonable and rational, whereas the Christian conception is unreasonable and irrational for the divinity of Jesus would have required him to introduce himself as God, claim the right to be worshipped, command worship for himself and explain how he must have been worshipped.

Nevertheless, Jesus confirmed the divinity of God (called “Father” in Christianity) only, called for His worship alone, prohibited worship for anyone else, explained how to worship Him, and what is more he himself worshipped and prayed to God. How can Jesus be God?