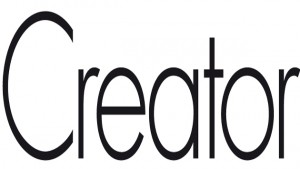 One of the names and attributes of God is “the Creator”. In fact, belief in God is actually based on belief in the Creator. A believer in God automatically believes in a creator for this universe.

The Creator in Islam

In Islam, belief in the creation of this universe is closely associated with the command to worship the Creator (“Allah” in Arabic) alone without a partner. In the Qur’an, we read:

That is Allah, your Lord; there is no deity except Him, the Creator of all things, so worship Him. And He is Disposer of all things. (Al-An`am 6:102)

O mankind, remember the favor of Allah upon you. Is there any creator other than Allah who provides for you from the heaven and earth? There is no deity except Him, so how are you deluded? (Fatir 35:3)

In addition to “Creator”, the creation-related names and attributes of God in the Qur’an include “Inventor”, “Fashioner” and “Originator”. For example, we read:

He is Allah, the Creator, the Inventor, the Fashioner; to Him belong the best names. Whatever is in the heavens and earth is exalting Him. And He is the Exalted in Might, the Wise. (Al-Hashr 59:24)

The Creator in Christianity

The New Testament quotes Jesus as attributing creation to God. We read: And Jesus said to them, “Because of your hardness of heart he wrote you this commandment. But from the beginning of creation, ‘God made them male and female.’” (Mark 10:5-6)

We also read: “Because those will be days of distress unequaled from the beginning, when God created the world, until now—and never to be equaled again.” (Mark 13:19)

The New Testament tells us that Jesus was a creature created by God. We read: “Giving thanks to the Father, who has qualified you to share in the inheritance of the saints in light. He has delivered us from the domain of darkness and transferred us to the kingdom of his beloved Son, in whom we have redemption, the forgiveness of sins. He is the image of the invisible God, the firstborn of all creation.” (Colossians 1:12-15)

We also read: “And to the angel of the church in Laodicea write: The words of the Amen, the faithful and true witness, the beginning of God’s creation.” (Revelation 3:14)

However, Jesus was not the beginning of creation simply because the Old Testament mentions that there was no man before the creation of Adam. We read:

These are the generations of the heavens and the earth when they were created, in the day that the Lord God made the earth and the heavens. When no bush of the field was yet in the land and no small plant of the field had yet sprung up—for the Lord God had not caused it to rain on the land, and there was no man to work the ground, and a mist was going up from the land and was watering the whole face of the ground— then the Lord God formed the man of dust from the ground and breathed into his nostrils the breath of life, and the man became a living creature. (Genesis 2:4-7)

A question here may arise: how can a creature be set up as a god to be worshipped with God, the Creator?

It goes without saying that it is the Creator only Who is worthy of divinity and worship.