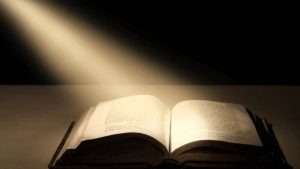 There are old Christians who believed in the real Message of Jesus, that is, Monotheism and rejecting the heretic doctrine of trinity.

Islam is the religion which holds all prophets in high esteem. It keeps balance between reality and passion. Prophet Muhammad, although viewed by Muslims as the greatest of Prophets and his message  to be the last one, he cannot be viewed as God. Likewise, Jesus has lofty position in Islam; he is called the word of Allah, a messenger of the “Ulu Al-Azm (Of the greatest endurance (while delivering Message).

Allah told that he taught Jesus the knowledge and Wisdom. Hence, his message was to approve the message of Moses and to add to it and which, itself, was completed by Prophet Muhammad.

Muslims believe in the miracles of Jesus narrated in their authentic classical books (i.e. Qur’an and Sunnah). He healed the blind and the leper. Therefore, The Qura’an says,

“And [make him] a messenger to the Children of Israel, [who will say], ‘Indeed I have come to you with a sign from your Lord in that I design for you from clay [that which is] like the form of a bird, then I breathe into it and it becomes a bird by permission of Allah. And I cure the blind and the leper, and I give life to the dead – by permission of Allah. And I inform you of what you eat and what you store in your houses. Indeed in that is a sign for you, if you are believers.”

On the other hand, other ayas of the Quran pointed out that he made all those miracles only by the permission of God and Jesus admits his humble position as a human who cannot do anything except by the help of God. (the Quran: 3: 49)The Day] when Allah will say,

Is Jesus A God?

Muslims believe that Jesus never claimed Lordship and the Evangel, in its pure form, is the word of Allah (God) which never conveyed the lordship of Jesus. The Evangels upheld by Christians nowadays are merely the narration or the view of narrators about Jesus but whose voice we miss in many of its texts.

“But as to the dead coming back to life; have you not seen in the book of Moses, about the burning thorn-tree, how God said to him, I am the God of Abraham, and the God of Isaac, and the God of Jacob? He is not the God of the dead, but of the living: you are greatly in error. And one of the scribes came, and hearing their argument together, and seeing that he had given them a good answer, put the question to him, Which law is the first of all? Jesus said in answer, The first is, Give ear, O Israel: The Lord our God is one Lord“.

In Qur’an Jesus was asked by God,

“O Jesus, Son of Mary, did you say to the people, ‘Take me and my mother as deities besides Allah?’” He will say, “Exalted are You! It was not for me to say that to which I have no right. If I had said it, You would have known it. You know what is within myself, and I do not know what is within Yourself. Indeed, it is You who is Knower of the unseen”. (5:116)

From early times. There are old Christians who believed in the real Message of Jesus, that is, Monotheism and rejecting the heretic doctrine of trinity. They believed in the oneness of God and held Jesus to be human. Among those is  Arius, the priest of Alexandria. He believed in the oneness of God, Jesus was created by God (Allah) and was his Word (i.e. was created by Him. He lived at the time of King Constantine I who believed in the doctrine of Arius. There was also the Companions of Paul the Shamshati (Iraq), Patriarch of Antioch who was before the development of Christianity (as a religion differing with the teachings of Jesus). He believed that Jesus was merely a messenger of Allah and His worshiping slave like other Prophets and Allah (God) created him without father. According to him, Jesus was a human, and

Furthermore, Macedonius, the patriarch of Constantinople, after the appearance of Christianity at the time of Constantine son of Constantine I whose writer was Ariusian. Macedonius upheld perfect tawhid (monotheism) and that Jesus was, also, merely a prophet who was Allah’s word (a word created by Him).

Such issue constitutes a crucial point between Islam and Christianity Muslims believe that Jesus was not crucified but his likeness was put over another man who was mistakenly crucified by the Jews. The Christian narration of the issue is full of contradictions and conflicts which entails both degradation for both God and Jesus.