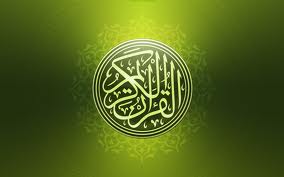 When one studies the history of Muhammad’s life, we find that he was actually materially more well off before claiming Prophethood than afterwards.

– For Material Gain/ Power and Glory

– To Unite the Arabs or to morally reform them

With Muhammad being perhaps the most well documented man in human history, we can easily examine these claims and compare them to his life.

I. For Material Gain/ Power and Glory

Some claim that Muhammad (Peace be upon him) wrote the Qur’an for some type of material gain or for power and glory. However, this claim is at odds with the historical evidence.

In fact, when one studies the history of Muhammad’s life, we find that he was actually materially more well off before claiming Prophethood than afterwards.

At twenty-five years old, Muhammad (peace be upon him) was married to the wealthy widow named Khadijah and lived a life of relative comfort. However, after his call to Prophethood, his standard of living declined dramatically, sometimes going two months without cooking anything, surviving only on dates and water, because of the extreme hardships that he and his family endured after proclaiming God’s message.

This would not be a temporary sacrifice, but a way of life for him until he died. At no time in his Prophethood did he ever live in a fancy palace, wear the finest clothes or enjoy the luxuries of this world. Even after the early Muslims became successful and started to make financial gains, Muhammad’s (peace be upon him) wives complained about their living conditions and wondered why they had to continue to live so poorly when there was (seemingly) no need.

A revelation then came from God stating:

O Prophet, say to your wives, “If you should desire the worldly life and its adornment, then come, I will provide for you and give you a gracious release. But if you should desire Allah and His Messenger and the home of the Hereafter – then indeed, Allah has prepared for the doers of good among you a great reward.” (Al-Ahzab 33:28-29)

One of Muhammad’s (Peace be upon him) companions, describing his room said:

“I noticed that the contents of his room comprised of only three pieces of tanned skin and a handful of barley in a corner. I looked but failed to find anything else. I began to cry. He (Muhammad, peace be upon him) said: “Why are you weeping”? I replied, ‘O’ Prophet of Allah! Why should I not cry? I can see the patterns of the mat imprinted on your body and I am also beholding all that you have in this room. O’ Prophet of Allah! Pray that Allah may grant ample provisions for us. The Persians and the Romans, who have no true faith and who do not worship Allah but they worship their kings, live in gardens with streams flowing in their midst. But the chosen Prophet and accepted slave of Allah should live in such dire poverty?!” The Prophet (Peace be upon him) was resting against his pillow, but when he heard me talk like this, he sat up and said, ‘O’ Umar! Are you still in doubt about this matter? Ease and comfort in the hereafter are much better than ease and comfort in this world. The disbelievers are enjoying their share of the good things in this world, whereas the Believers have all such things in store for them in the next.” (Muslim)

Muhammad (Peace be upon him) died poor and his deprivation of this world was self-imposed.

The most significant refutation to this claim that Muhammad (peace be upon him) was seeking wealth and power is the following story when the chiefs of Makkah came to him trying to get him to stop preaching his message: “O Muhammad, you are, as you know a noble from your tribe and your lineage assures you a place of honor. And now you have brought to your people a matter of grave concern, whereby you have split their community, declared their way of life to be foolish, spoken shamefully of their gods and religion and called their forefathers disbelievers. Listen to what I propose and see if any of it is acceptable to you. If it is wealth that you seek, we will gather our wealth and make you the richest amongst us. If you seek honor, we will make you our overlord and we will make no decision without your consent. If you seek Kingship, then we will make you our King. And if you cannot get rid of this demon that appears to you, we will find you a physician and spend all our money until you are cured.” Ibn Hisham in his book “Life of the Prophet Muhammad”

When he finished, Muhammad (peace be upon him) had received revelation which stated:

Ha, Meem. * [This is] a revelation from the Entirely Merciful, the Especially Merciful * As a giver of good tidings and a warner; but most of them turn away, so they do not hear. * And they say, “Our hearts are within coverings from that to which you invite us, and in our ears is deafness, and between us and you is a partition, so work; indeed, we are working.” * Say, O [Muhammad], “I am only a man like you to whom it has been revealed that your god is but one God; so take a straight course to Him and seek His forgiveness.” And woe to those who associate others with Allah. * Those who do not give zakah, and in the Hereafter they are disbelievers. * Indeed, those who believe and do righteous deeds – for them is a reward uninterrupted. (Fussilat 41:1-8)

So, had his aim been wealth and power, then he could have easily achieved his goal without going through the hardship and poverty he went through up until his death.

II. To Unite The Arabs?

The claim that Muhammad’s goal was to unite the Arabs is also difficult to defend when one looks into the life of Muhammad (peace be upon him) and his own statements against nationalism, tribalism etc.

Firstly, again, had this been his goal, he could have archived it when the Chiefs of Makkah offered him wealth and riches in exchange for him agreeing to stop preaching.

Secondly, the concept of nationalism does not exist in Islam. Islam made the bond of faith and truth and falsehood the most important basis for binding people together and not nationalism, tribe affiliation, race, or ethnicity. Muhammad (peace be upon him) himself spoke out on numerous occasions against this type of ideology stating:

“Let people stop boasting about their forefathers who have died, who are merely fuel for the Hell Fire; or they will certainly be more insignificant with Allah than the beetle which rolls dung with its nose. Allah has removed from you the partisanship of the days of Jahiliyyah (the pre-Islamic period of ignorance) and the boasting about one’s forefathers.

The Qur’an is filled with the same message. One example of this is in the following verse:

O mankind, indeed We have created you from male and female and made you peoples and tribes that you may know one another. Indeed, the most noble of you in the sight of Allah is the most righteous of you. Indeed, Allah is Knowing and Acquainted. (Al-Hujurat 49:13)

The examples from both the Qur’an and the statements of Muhammad (peace be upon him) are too numerous to mention them all but this should suffice to make the point.

Source: Taken from the book “Who Wrote the Qur’an?” who is the author?