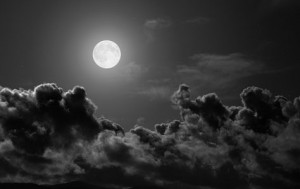 During the Meccan era the infidels of Quraish asked the Prophet (peace be upon him) to show them a sign to prove the authenticity of his Prophethood, whereupon Allah split the moon into two halves. The Holy Qur’an mentioned that and recorded it in the Verse: “The hour drew nigh and the moon was rent in twain.” (Quran 54: 1)

If such an event had not occurred, the Muslims would have had suspicions about their religion and would have deserted it. The infidels would have said that Muhammad had told a lie for the moon had not split and that they had not seen any such thing. But what had happened increased the faith of the faithful, and the infidels were perplexed before the miracle that they could not interpret except as continuous magic. Allah (SWT) says: “The hour drew nigh and the moon was rent in twain. And if they behold a portent they turn away and say: prolonged[1] magic. They denied (the Truth) and followed their own lusts. Yet everything will come to a decision.” (Quran 54: 1)

Historical documentation of the splitting of the moon: 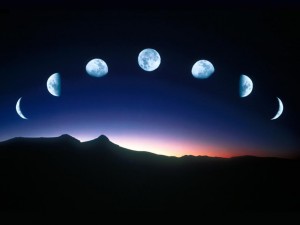 Historical documentation of the splitting of the moon

The Indian history has recorded the name of one of their kings, Chakrawati Farmas, who is claimed to have witnessed the event of the splitting of the moon. An Indian historical manuscript [The Indian manuscript is kept in the India Office Library, London, which has reference number: Arabic, 2807, 152-173. It is quoted in the book “Muhammad Rasulullah,” by M. Hamidullah (2)] reports that: “There is a very old tradition in Malabar, South-West Coast of India, that Chakrawati Farmas, one of their kings had observed the splitting of the moon, the celebrated miracle of the Holy Prophet (peace be upon him) at Mecca, and learning, on inquiry, that there was a prediction of the coming of a Messenger of God from Arabia, he appointed his son as regent and set out to meet him. He embraced Islam at the hand of the Prophet, and when returning home, at the direction of the Prophet, he died at the port of Zafar. This information is in an Indian manuscript kept in the “India Office Library”, which contains several other details about King Chakrawati Farmas.

The Indian king that visited the Prophet (peace be upon him) is mentioned in the Books of Hadith. In al-Hakim’s Mustadrak[3] it is reported that Abu Sa’id al-Khudri said: “Then the King of India gave Allah’s Messenger (peace be upon him) a gift, a bottle of pickle that had ginger in it. The Holy Prophet distributed it among his Companions. I also received a piece of it to eat.”

It is known that the king became a Companion through meeting the Messenger (peace be upon him) and believing in him and dying as such.

Islamic references preserve the story of this Companion, who came from India. Imam Ibn Hajar al-‘Asqalani has mentioned him in al-Isabah and in Lisan al-Mizan.[4] He says that his name was (Sirbanak), the name he is known by among the Arabs.

1. “Prolonged” means strong and intensive overriding all kinds of sorcery, as al-Shawkani says. There are other interpretations also.

2. The Indian manuscript is kept in the India Office Library, London, which has reference number: Arabic, 2807, 152-173. It is quoted in the book “Muhammad Rasulullah,” by M. Hamidullah.