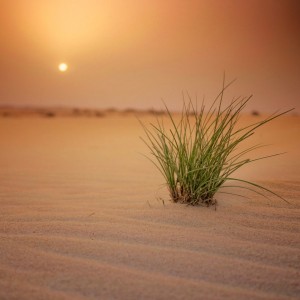 Since his birth, the Prophet Muhammad has been protected by Allah from all the aspects of polytheism and evil deeds.

Since his birth, the Prophet Muhammad has been protected by Allah from all the aspects of polytheism and evil deeds. `Ali ibn Abu Talib narrated that the Prophet (peace be upon him) said, “I never wished to engage in the acts of the people of Jahiliyyah (pre-Islamic period of ignorance) except in two times but Allah prevented me in both of them. Thereafter, I never wished to engage in anything of these acts.” (Al-Bayhaqi)

The enemies of Islam continued to cast doubts about the Prophethood of Muhammad (peace be upon him) and use baseless allegations to mislead people and conceal the truth. Among the alleged claims mentioned in some Christian books is a story that the Prophet Muhammad (peace be upon him) stayed with a Christian monk called Buheira for 13 years. According to them, the Prophet spent these long years learning from Buheira, and later he claimed Prophethood and composed the Qur’an.

To clarify the truth, I am going to quote a reply to this claim by Al-Zarqani in his book Manahil Al-`Irfan (2/308) in which he said, “They say that Muhammad (peace be upon him) met the monk Buheira and learnt from him, and that the information in the Qur’an is gotten from the knowledge he took from Buheira.

The first thing we say is that this claim has no proofs. Why do not they inform us of specific statements that the Prophet heard from Buheira and when and where was this?

History affirms that the Prophet (peace be upon him) traveled to the Levant twice for business; once in his childhood and the other in his youth. He did not travel outside Mecca before his Prophethood except in these two times and he neither heard from Buheira nor from anyone else anything of religion. Moreover, it was not something secret, as there was with him his uncle Abu Talib in the first journey and Maisarah, the servant of Khadijah, in the second one.

The whole matter is that Buheira saw a cloud that shaded the Prophet from the heat of the sun. So, Buheira told the Prophet’s uncle that the young man, Muhammad, would have a great position among his people. Also, he warned Abu Talib from the Jews as they might kill him. Thereupon, his uncle brought him back and did not complete his journey. This story was narrated from some weak chains of transmission, and the narration of Al-Tirmidhi did not include the name of Buheira. Anyway, none of these narrations mentioned that the Prophet heard anything from Buheira or learnt from him even one word. Where is their evidence then? Let, consider the following points:

–          If the monk Buheira was the source of this miraculous and great Islamic message, why did not he came with it and attribute it to himself.

–          It is definitely impossible that a person reached a matchless rank of knowledge to the extent that he became the teacher of the whole humanity just as a result of a short meeting with a monk, while he was still a boy in a business journey and he was not able to read or write.

–          The religion to which the monk Buheira belonged (i.e. Christianity) does not believe in the Qur’an, the book with which Muhammad came.

We ask them to go through the Qur’an and compare it with the books of religions during Muhammad’s era, and decided from where Muhammad got the Qur’an. If this claim was partly right, the people at the Prophet’s time would stick to it and they would be delighted with it because they were keen to fight the Prophet Muhammad with every possible means. Even, when they accused him that he brought the Qur’an from a human being, they never said that he learnt from Buheira because this cannot be believed by anyone.”

These are the words of a Muslim scholar that refuted and undermined their claims with sound and clear proofs.

May Allah guide all of us to what pleases Him!