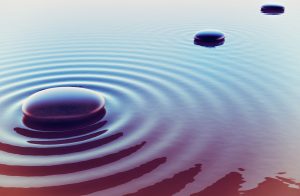 The mind is a great blessing from Allah the Almighty with it, one is able to absorb, assimilate, and understand knowledge.

Man is made up of a soul, a body, and a mind; and as such, the Qur’an addresses man as a whole, as a complete entity. And because the Prophet’s teachings are derived from the Qur’an and are in harmony with the Qur’an, the Prophet (peace be upon him) trained his Companions in a comprehensive manner, dealing with each aspect of man’s being. In terms of cultivating the mind, the Prophet (peace be upon him) trained his Companions (may Allah be pleased with them) to develop their abilities to think, contemplate, and infer. Over and over again in the Qur’an, Allah (Glory be to Him) commands us to contemplate the universe around us and to learn how to think in a proper and intelligent manner. Allah said:

Say, “Observe what is in the heavens and earth.” But of no avail will be signs or warners to a people who do not believe. (Yunus 10:101)

Say, [O Muhammad], “Travel through the land and observe how He began creation. Then Allah will produce the final creation. Indeed Allah , over all things, is competent.” (Al-`Ankabut 29:20)

[This is] a blessed Book which We have revealed to you, [O Muhammad], that they might reflect upon its verses and that those of understanding would be reminded. (Saad 38:29)

And Allah said in yet another Chapter of the Qur’an:

Then let man look at his food, that We pour forth water in abundance, and We split the earth in clefts, and We cause therein the grain to grow, and grapes and clover plants (i.e., green fodder for the cattle), and olive and date-palms, and gardens, dense with many trees, and fruits and Abba (herbage, etc.), (to be) a provision and benefit for you and your cattle. (`Abasa 80:24-32)

And do not pursue that of which you have no knowledge. Indeed, the hearing, the sight and the heart – about all those [one] will be questioned. (Al-Israa’ 17:36)

The mind is a great blessing from Allah the Almighty with it, one is able to absorb, assimilate, and understand knowledge. And because of the mind’s importance, Allah has clarified the correct methodology for cultivating it, a methodology that the Prophet (peace be upon him) of course relied upon to train his Companions. The most important aspects of that methodology are as follows:

1) The mind must be divested of false preconceived notions, notions that are based upon guesswork, blind following, or custom. This principle is established in many different verses of the Qur’an, such as in the following Verse:

While they have no knowledge thereof. They follow but a guess, and verily, guess is no substitute for the truth. (An-Najm 53:28)

2) The mind must search out for proofs and confirm or verify what comes to its attention. Allah the Almighty said:

O you who have believed, if there comes to you a disobedient one with information, investigate, lest you harm a people out of ignorance and become, over what you have done, regretful. (Al-Hujurat 49:6)

3) The mind should contemplate universal laws and patterns that Allah has established for the universe:

And We have not created the heavens and earth and that between them except in truth. And indeed, the Hour is coming; so forgive with gracious forgiveness. (Al-Hijr 15:85)

4) The mind should reflect on the wisdom behind the legislation of Islamic laws and manners, and of the Shar`iah as a whole; such a reflective process develops and strengthens the mind. Allah the Almighty decreed laws to test human beings, but also to bring them peace, tranquility, and happiness – at least to those among them who submit to and apply Allah’s Shari`ah. To fully appreciate the Shari`ah when applying it, man does well to contemplate the wisdom behind a given legislation, and if he is not able to understand the wisdom behind a particular legislation, he should appreciate the fact that there is a profound wisdom, though his limited mind cannot perceive it. Allah said:

And why should you not eat of that upon which the name of Allah has been mentioned while He has explained in detail to you what He has forbidden you, excepting that to which you are compelled. And indeed do many lead [others] astray through their [own] inclinations without knowledge. Indeed, your Lord – He is most knowing of the transgressors. (Al-An`am 6:119)

5) The mind should reflect on the way in which Allah dealt with mankind throughout history, to learn lessons from previous generations, since Allah (Glory be to Him) deals with nations and peoples according to consistent laws and principles. Allah said:

Have they not seen how many a generation before them We have destroyed whom We had established on the earth such as We have not established you? And We poured out on them rain from the sky in abundance, and made the rivers flow under them. Yet We destroyed them for their sins, and created after them other generations. (Al-An`am 6:6)

And We had already destroyed generations before you when they wronged, and their messengers had come to them with clear proofs, but they were not to believe. Thus do We recompense the criminal people. Then We made you successors in the land after them so that We may observe how you will do. (Yunus 10:13-14)

Have they not traveled through the earth and observed how was the end of those before them? They were greater than them in power, and they plowed the earth and built it up more than they have built it up, and their messengers came to them with clear evidences. And Allah would not ever have wronged them, but they were wronging themselves. (Ar-Rum 30:9)

These and similar verses taught the Companions to use their minds in ways that please Allah, as opposed to philosophers and others of their ilk who went astray, glorifying the mind and ascribing to it qualities and abilities that it does not possess.

Source: Taken with modifications from the author’s Noble Life of Prophet Muhammad.