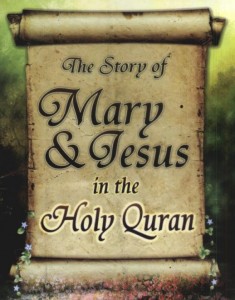 Allah, the Almighty, would choose certain ones to entrust them with big assignments who might be a human or an angel.

Allah, the Almighty, would choose certain ones to entrust them with big assignments who might be a human or an angel. From among people, Allah picked out Messengers upon whom His Scriptures were revealed and to whom the mission of proclamation of His Message is assigned. They would have to invite people to monotheism and obedience of the Creator without heedlessness or oblivion. And from among angels Allah selected certain angels who are commissioned with specific tasks and missions such as the angel Gibril (Gabriel, peace be upon him) who is entrusted with conveying the revelation to the Messengers, Mika’il (Michael, peace be upon him) who is appointed in charge of the rain and vegetation, Israfil who is appointed to blow the Trumpet when the Hour begins and other recording angels who are appointed to watch over the sons of Adam and record their deeds.

Allah chooses from the angels messengers and from the people. Indeed, Allah is Hearing and Seeing. (Al-Hajj 22:75)

Among those elected people who were given preference upon all humans was a family, after which a full chapter from the Qur’an was named. It is the family of `Imran or Aal `Imran as the Qur’an entitled them. Allah, the Almighty says,

Indeed, Allah chose Adam and Noah and the family of Abraham and the family of ‘Imran over the worlds. Descendants, some of them from others. And Allah is Hearing and Knowing. [Mention, O Muhammad], when the wife of ‘Imran said, “My Lord, indeed I have pledged to You what is in my womb, consecrated [for Your service], so accept this from me. Indeed, You are the Hearing, the Knowing.” But when she delivered her, she said, “My Lord, I have delivered a female.” And Allah was most knowing of what she delivered, “And the male is not like the female. And I have named her Mary, and I seek refuge for her in You and [for] her descendants from Satan, the expelled [from the mercy of Allah ].” (Aal `Imran 3:33-36)

Some people misinterpret this verse as they confuse `Imran, the father of Mary, with `Imran, the father of Moses especially because there is a Qur’anic verse refers to Mary as a sister of Harun (Aaron, peace be upon him) who is, as known, a brother of Moses (peace be upon him). What is the right view in this concern? Were Moses, Aaron and Mary brothers? Let’s consider this issue.

The verses referring to the lineage of Mary are as follows. The Qur’an says,

[Mention, O Muhammad], when the wife of ‘Imran said, “My Lord, indeed I have pledged to You what is in my womb… And I have named her Mary, and I seek refuge for her in You and [for] her descendants from Satan the expelled [from the mercy of Allah ].” (Aal `Imran 3:35-36)

These verses state initially that Mary is a daughter of `Imran. Then the Qur’an says,

Then she brought him to her people, carrying him. They said, “O Mary, you have certainly done a thing unprecedented. O sister of Aaron, your father was not a man of evil, nor was your mother unchaste.” (Maryam 19:27-28)

Also, the Prophet (peace be upon him) said in a hadith narrated by Ibn `Abbas (may Allah be pleased with him), “I passed on the night when I was taken by Moses son of `Imran…” (Al-Bazzar)

Some Muslim and non-Muslim scholars exert themselves to prove the claim that both Moses and Jesus belong to the family of `Imran. But, this is completely contrary to the Islamic basics of the creed. The fact is clearly maintained by the Prophet (peace be upon him) when he was asked about this. In Sahih Muslim, Al-Mughirah bin Shu`bah narrated, “The Messenger of Allah (peace be upon him) sent me to Najran. They said to me: ‘Do you people not recite: “O sister of Harun (Aaron)” (19:28) while between Musa and `Isa there is such (gap) as there was?’ I did not know how to respond to them. So, when I returned to the Prophet, I told him about that, and he said: ‘Why didn’t you tell them that they would be named after their Prophets and righteous people before them.’” (Muslim)

The hadith of the Prophet dispels the ambiguity and reveals the truth. The Prophet clarifies that people would love to use the names of the pious people and Prophets and name the righteous ones after them. Allah’s saying “O sister of Aaron” means, according to Ibn Kathir, that she was like Aaron regarding her piousness and worship of Allah. Also, Ibn Kathir said commenting on the verses (3:33-37), “It is clear from the verses that `Imran, the father of Mary (peace be upon her), is not the father of Moses who was named `Imran as well.”

Accordingly, the Islamic narrations do not establish that both Moses and Mary are from the same father. But, it is merely a kind of similarity of names. The Prophet did not accept this claim and considered it false. People used to be named after the righteous people. The hadith proves that Mary is not a sister of Aaron or Moses, even if both fathers have with the same name.