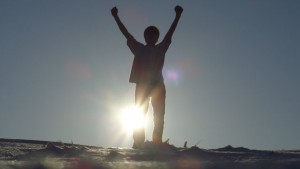 As a matter of fact, both the Bible and the Qur’an honor man and teach that God has subjected all creatures to man for him to worship God. The fact that man was created in God’s image is confirmed in both the Qur’an and the Bible.

In addition, both the Bible and the Qur’an teach that God has rendered man the most knowledgeable creature. That is why God has appointed him as His vicegerent on earth.

The following verses in the Bible tell us how God honored man by creating him in His own image and subjected all creatures to him:

Then God said, “Let us make mankind in our image, in our likeness, so that they may rule over the fish in the sea and the birds in the sky, over the livestock and all the wild animals, and over all the creatures that move along the ground.”

God blessed them and said to them, “Be fruitful and increase in number; fill the earth and subdue it. Rule over the fish in the sea and the birds in the sky and over every living creature that moves on the ground.”

Then God said, “I give you every seed-bearing plant on the face of the whole earth and every tree that has fruit with seed in it. They will be yours for food. (Genesis 1:26-29)

The following verses in the Bible tell us how God rendered man the most knowledgeable creature by teaching him the names of the other creatures:

The following verses in the Qur’an state that God honored the children of Adam and subjected all creatures to man for him to worship God:

Prophet Muhammad confirms the fact established by the Bible that man is created in God’s image. Prophet Muhammad said: “Allah created Adam in His image, and his (Adam’s) height was sixty cubits (about 30 meters). When He created him, He said (to him), ‘Go and greet that group of angels sitting there, and listen what they will say in reply to you, for that will be your greeting and the greeting of your offspring.’ Adam (went and) said, ‘As-Salamu alaikum (Peace be upon you).’ They replied, ‘As-Salamu ‘Alaika wa Rahmatullah (Peace and Allah’s Mercy be on you).’ So they increased ‘wa Rahmatullah’”. The Prophet added, “So whoever enters Paradise will be of the shape and image of Adam. Since then the creation of Adam’s (offspring) (i.e. stature of human beings) is being diminished continuously up to the present time.” (Al-Bukhari)

The following verses in the Qur’an tell us how God honored man by giving him such knowledge which angels themselves did not have:

And He taught Adam the names – all of them. Then He showed them to the angels and said, “Inform Me of the names of these, if you are truthful.”

They said, “Exalted are You; we have no knowledge except what You have taught us. Indeed, it is You who is the Knowing, the Wise.”