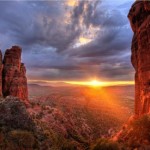 By making the ‘pleasure of God’ the object of man’s life, unlimited possibilities are opened for man’s moral evolution.

The viewpoint of Islam is that the universe is the creation of God Who is One. He alone is its Master, Sovereign and Sustainer, and it is functioning under His command. He is All-Powerful and Omniscient. He is Subbuh and Quddus (that is, free from all defects, mistakes, weaknesses and faults and is holy in every respect). His godhood is free from partiality and injustice.

Man is His creature, subject and servant and is born to serve and obey Him. The correct course of life for man is to live in complete obedience to Him. And it is for God, not man, to determine the mode of that worship and obedience.

At certain times God has raised prophets for the guidance of humanity and has revealed His books through them. It is the duty of man to live his life according to the dictates of God and to follow the divine guidance.

Man is answerable to God for all his actions and will be called on to render an account of them in the Hereafter. Man’s short life on earth is really an opportunity to prepare for that great test. He will be impartially assessed on his conduct in life by a Being Who keeps a complete record not merely of his movements and actions and the influence on all that is in the world-from the tiniest speck of dust to the highest mountains but also of his innermost thoughts and feelings and intentions.

The Goal of Moral Effort

This concept of the universe and of man’s place in it indicates the real and ultimate good which should be the object of all mankind’s endeavours: ‘seeking the pleasure of God’. This is the standard by which Islam judges all conduct.

It means that man is not left like a ship without moorings at the mercy of winds and tides; instead, we have a set of unchangeable norms for all moral actions.

Moreover, by making the ‘pleasure of God’ the object of man’s life, unlimited possibilities are opened for man’s moral evolution, untainted by narrow selfishness or racism or chauvinism.

Islam also furnishes us with the means to determine good and evil conduct. It does not base our knowledge of evil and virtue on mere intellect, desire, intuition or experience derived through the senses, which constantly undergo changes and modifications and thus fail to provide definite and unchanging standards of morality.

Instead, it provides us with an objective source, the divine revelation, as embodied in the Book of God and the Sunnah (way of life ) of the Prophet (blessings and peace be on him). This source prescribes a standard of moral conduct that is permanent and universal and holds good in every age and under all circumstances.

The moral code of Islam ranges from smallest details of domestic life to the field of national and international behaviour. It guides us at every stage in life and makes us free from exclusive dependence on other sources of knowledge, although we may of course, use these as an aid to this primary source.

This concept of the universe and of man’s place in it also provides the sanction that must lie at the back of every moral law, that is, the love and fear of God, the sense of accountability on the Day of Judgment and the promise of eternal bliss and reward in the Hereafter.

Although Islam aims to cultivate a mass ethos which may induce individuals and groups to observe the principles of morality it lays down as well as helps the evolution of a political system which will enforce the moral law through its legislative and executive powers, Islam’s moral law does not really depend on these external factors. It relies on the inherent desire for good in every man which is derived from belief in God and the Day of Judgment.

Before laying down any moral injunctions, Islam seeks to implant firmly in man’s heart the conviction that his dealings are with God, Who sees him at all times and in all places; that he may hide himself from the whole world but not from God; that he may deceive everyone but God; that he can flee from the power of any person but not from God; that while the world can see only man’s outward life, God knows his innermost intentions and desires; that while man may, in his so short journey on earth, do whatever he likes, he has to die one day and present himself before the divine court of justice where no special pleading or deception will be of any avail and where his future will be decided with complete impartially.

It is this belief in accountability to God which is the real force behind the moral law of Islam. If public opinion and the powers of the state give it support, so much the better; otherwise, this faith alone can keep a Muslim individual and a Muslim community on the straight path of virtue.

The article is excerpted from the author’s book “The Islamic Way of Life”.