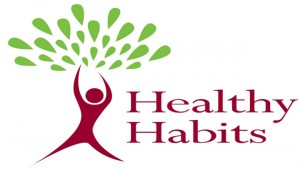 It goes without saying that one of the main reasons why man stands in need of religion is to have a source of guidance for his physical and mental healthfulness in this worldly life. Lacking in the necessary insight, man needs to know how to behave himself to ultimately become healthy in terms of both body and mentality.

No wonder, all prophets of God, including Prophet Muhammad, were sent to make lawful only good things that benefit people and prohibit bad things that harm them. In the Qur’an, we read:

Accordingly, a given religion can be judged as true or false by the physical and mental conditions of those followers who strictly put it into practice. If they turn out adequately healthy both physically and mentally, this religion may be judged as the true religion. Otherwise, it will be more likely to be a false one.

One of the main pieces of evidence why Islam is the right religion is that it ensures the mental and physical healthfulness of its followers. Such a Muslim who strictly adheres to Islam is expected to be healthy enough both bodily and mentally and he is unlikely to contract any common disease like, for example, AIDS.

The following are a few instances of the commandments and prohibitions of Islam which are intended for maintaining the mental and physical health of Muslims.

Various verses in Islam promote the eating of healthy wholesome food. For example, God clearly states in the Quran:

Eat of the good things which We have provided for you. (Al-Baqarah 2:173)

Eat of what is lawful and wholesome on the earth. (Al-Baqarah 2:168)

As we know, eating excessively causes harm to our systems. Many aliments are related to uncontrolled eating habits such as, diabetes, vascular diseases, stroke, heart attack etc. It has been said that the stomach ‘is the home of ill health’ and is usually responsible in some way to ill health. Islam teaches us to eat moderately:

Indulgence is further dissuaded in the following Hadith of Prophet Muhammad: “No human being has ever filled a container worse than his own stomach. The son of Adam needs no more than a few morsels of food to keep up his strength, doing so he should consider that a third of his stomach is for food, a third for drink and a third for breathing.” (Ibn Majah)

Meanwhile, there are other verses in the Qur’an which prohibit certain kinds of food and drink which modern science has recently proved that they are not healthy, hygienic or wholesome. In the Quran, we read the following verses:

O you who have believed, fulfill [all] contracts. Lawful for you are the animals of grazing livestock except for that which is recited to you [in this Qur’an]… Prohibited to you are dead animals, blood, the flesh of swine, and that which has been dedicated to other than God, and [those animals] killed by strangling or by a violent blow or by a head-long fall or by the goring of horns, and those from which a wild animal has eaten, except what you [are able to] slaughter [before its death], and those which are sacrificed on stone altars… (Al-Ma’idah 5:1-3)

For Muslims to maintain their personal hygiene, Islam enjoins frequent ablution on a daily basis and regular bathing.

Wash your faces and your forearms to the elbows and wipe over your heads and wash your feet to the ankles. And if you are in a state of ritual impurity, then purify yourselves (take a bath). (Al-Ma’idah 5:6)

To protect Muslims from sexually transmitted diseases, like AIDS, Islam prohibits extramarital affairs. Not only does Islam prohibit actually committing fornication or adultery, but it also forbids approaching them. In solemn terms, the Quran says:

And do not approach unlawful sexual intercourse. Indeed, it is ever an immorality and is evil as a way. (Al-Israa’ 17:32)

This day [all] good foods have been made lawful, and the food of those who were given the Scripture is lawful for you and your food is lawful for them. And [lawful in marriage are] chaste women from among the believers and chaste women from among those who were given the Scripture before you, when you have given them their due compensation, desiring chastity, not unlawful sexual intercourse or taking [secret] lovers… (Al-Ma’idah 5:5)

The Qur’an clearly warns against marrying immoral spouses and indicates that a moral Muslim should marry only an equally moral spouse. God says:

To preserve the reproductive health and protect married couples from the diseases which they may suffer as a result of sexual intercourse during the menstrual cycle, Islam prohibits Muslim husbands not only from having sex with their wives during their menstrual cycles but also forbids them from even engaging in foreplay lest they should have sex as a result. In the Quran, we read the following verse:

And they ask you about menstruation. Say, “It is harm, so keep away from wives during menstruation. And do not approach them until they are pure. And when they have purified themselves, then come to them from where God has ordained for you. Indeed, God loves those who are constantly repentant and loves those who purify themselves. (Al-Baqarah 2:222)

Furthermore, to maintain the reproductive health of Muslims, Islam prohibits all forms of sexual gratification outside marriage. In the Quran, God says:

Finally, one of the most effective measures taken by Islam to maintain good physical and mental health is observing fast. Fasting is good for treating many diseases like obesity and cancer according to the modern scientists’ findings. Prophet Muhammad said: “Observe fast to be healthy.” (Al-Tabarani)

Fasting also curbs the sexual desire. It is recommended for the young people who cannot afford marriage. It is better for their physical and mental health. Prophet Muhammad said: “o young men, those among you who can afford marriage should marry, for it restrains eyes from casting (evil glances) and preserves one from immorality; but those who cannot do should observe fast for it is a means of curbing sexual desire.” (Muslim)

Personal Hygiene between Christianity and Islam (1/2)

Personal Hygiene between Christianity and Islam (2/2)