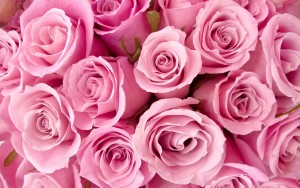 Morality is defined as an established state of the inner self, from which actions come out easily and smoothly with no need to think or deliberate.

The Messenger of Allah, Prophet Muhammad (peace be upon him),  defined the main goal of his mission when he said, “I was sent to perfect honorable morals”. It seems as if the mission which has paved its own course in the life history, and its owner exerted much effort in spreading it and gathering people around it, aspires to nothing other than enhancing people’s virtues, enlightening their perfection horizons before their eyes so that they may approach them with good insight.

The acts of devotion stipulated by Islam and considered as pillars of faith, are not just ambiguous rituals of the kind that links man to the unknown Unseen, nor they force man to do mysterious actions and movements that have no meaning. Instead these acts of devotion are oft-repeated exercises to make man ready to live with good manners, and to help him keep committed to such manners regardless of any changes that his circumstances may undergo.

Morality is defined as an established state of the inner self, from which actions come out easily and smoothly with no need to think or deliberate. Thus, if the actions are good, they are then called good manners, but if they are bad, they are known as bad manners. Morality means a cheerful face, doing good deeds and refraining from causing harm.

The Glorious Qur’an, the constitution of all Muslims, has called for morality in many of its glorious verses. For example, Allah the Almighty says, “….. and establish the prayer. Prayer forbids indecency and dishonor. The remembrance of Allah is greater, and Allah knows what you do”. (Al-`Ankabut: 45). Keeping away from vices and purification from evil words and evil deeds is the essence of accepted prayer. Allah also says,

And hasten to forgiveness from your Lord and a Paradise as wide as heaven and earth, prepared for the cautious, who spend in prosperity and in adversity, for those who curb their anger and those who forgive people. And Allah loves the charitable. (Al `Imran: 133-134)

This is an open call from Allah for a Paradise as wide as heaven and earth for those who are characterized with good manners and the traits of honorable qualities. Allah the Almighty says, “and lower your wing to the believers who follow you”. (Al-Shu`ra’ 26: 215). This is a sensible and sensory image – the image of lowering the wing exactly as the bird lowers its wings when it intends to land. It indicates how lean, modest and gentle Allah’s Messenger is in treating the believers.

Allah, be He glorified and exalted, praises His Prophet by saying, “Surely, you (Prophet Muhammad) are of a great morality”. (Al-Qalam 68:4)

The purified Sunnah contains treasures and facts which Muslims have to consider and follow, including:

`A’ishah (may Allah be pleased with her) reported, “The Messenger of Allah (peace be upon him) said, ‘A believer will attain by his good behaviour the rank of one who prays during the night and observes fasting during the day.’” (Abu Dawud)

The Messenger of Allah says, “The best of you is the best among you in conduct.” (Al-Bukhari and Muslim)

The Messenger of Allah says, “Nothing will be heavier on the Day of Resurrection in the Scale of the believer than good manners. Allah hates one who utters foul or coarse language.”  (At-Tirmidhi)

Abu Hurairah (may Allah be pleased with him) reported, “Messenger of Allah (peace be upon him) was asked about the deed which will be foremost to lead a man to Jannah. He replied, ‘Fear of Allah and the good conduct.’”

Jabir (may Allah be pleased with him) reported the Messenger of Allah (peace be upon him) said, ‘The dearest and nearest among you to me on the Day of Resurrection will be one who is the best of you in manners; and the most abhorrent among you to me and the farthest of you from me will be the pompous, the garrulous, and Al-mutafaihiqun.’ The Companions asked him, ‘O Messenger of Allah! We know about the pompous and the garrulous, but we do not know who Al-mutafaihiqun are.’ He replied, ‘The arrogant people.’” [At-Tirmidhi].

Thus, we have seen how the Ever-Glorious Qur’an and the purified Sunnah have emphasized good manners as being an indispensible trait of  true believers, since there is no survival for any nation without morality, or a life for the individual without good manners.