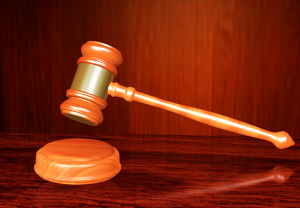 Women are inherently less reliable than men. This misconception is often derived from a verse in the Quran which reads: “When you contract a debt, put it in writing and call in two men as witnesses. If two men are not there, then call I  one man and two women so that if one of the two women forget, the other can remind her.” (Quran 2:282)

Some people see this as the Quran saying that a woman’s testimony is worth half a man’s.

But here is why that does not add up.

First, historically, the domain that required the utmost care and reliability of testimony was in sometimes called riwayah or narrating, from memory, the words and actions of the Prophet Muhammad (peace be upon him).

These sayings make up what we call hadiths, and they are the second major source of Islamic law after the Quran.

Both men and women were considered equally reliable so long as they had integrity and good memory.

At the top 5 narrators of hadith was Aishah (may Allah be pleased with her); a woman.

So, reliability was based on experience not the biological makeup of a person.

Second, in the socio-cultural context of the time, female testimony was deemed more superior in areas that women were more involved in.

Muawiyah, one of the Prophet’s companions, once passed a judgment concerning housing based on the sole testimony of Umm Salamah, a woman.

One explanation of the verse summed up that:

“It is from the nature of the human being whether male or female, that their memory will be stronger for matters that are of importance to them and with which they are more abundantly involved.” (Tafsir al-Manar)

This makes it clear that NO, Islam does not consider a woman’s testimony as inherently less reliable than that of a man.

For more on this topic, read this paper: https://yaqeeninstitute.org/nazir-khan/women-in-islamic-law-examining-five-prevalent-myths/#.Xgiuikf7TIV