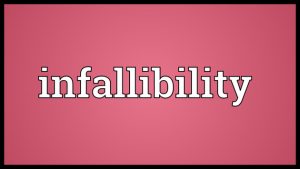 In Islam, all prophets, including Jesus and Muhammad, could not commit major sins

So, are prophets as infallible as angels, or are they ordinary people like us? What do Islam and Christianity exactly say about the infallibility of prophets?

The Infallibility of Prophets in Islam

In Islam, though prophets were still human beings, they attained the highest levels of human integrity and perfection. Though their nature was still such an earthly, terrestrial one which is liable to error and sin, it attained the highest degrees of spiritual loftiness and moral purity.

That is why prophets were more attached to Heaven and consequently less apt to commit the error and sin to which ordinary people are prone.

Mankind was [of] one religion [before their deviation]; then Allah sent the prophets as bringers of good tidings and warners and sent down with them the Scripture in truth to judge between the people concerning that in which they differed. (Al-Baqarah 2:213)

Certainly did Allah confer [great] favor upon the believers when He sent among them a Messenger from themselves, reciting to them His verses and purifying them and teaching them the Book and wisdom, although they had been before in manifest error. (Aal `Imran 3:164)

However, prophets might have erred by doing what is less preponderant, getting confused or oblivious or even slightly sinning without significant impact on their divine messages or prophetic standing. All of that are such human attitudes to which even prophets were vulnerable since they were still human beings created from clay.

For example, the Qur’an quotes Prophet Joseph as saying:

And I do not acquit myself. Indeed, the soul is a persistent enjoiner of evil, except those upon which my Lord has mercy. Indeed, my Lord is Forgiving and Merciful.” (Yusuf 12:53)

And she certainly determined [to seduce] him, and he would have inclined to her had he not seen the proof of his Lord. And thus [it was] that We should avert from him evil and immorality. Indeed, he was of Our chosen servants. (Yusuf 12:24)

It must be borne in mind that God essentially chose, reformed and guided prophets in order that they would guide humanity to His way. How come a misguided deviant can guide others? A blind man cannot judge colors!

However, minor sins could be still committed by prophets but in such a way which did not seriously affect their heavenly messages or personal integrity. They were still human beings. To err is human. Prophets were not such angels who could not disobey God for the latter are disposed only to obey God.

Though sin is disliked at the sight of God, repentance and comeback to God for pardon are much liked by God. Were it not for such forgiveness, God would not have created mankind.

God wants such a being that is obedient by choice rather than under compulsion. Sin is a side effect of man’s free will which is overlooked whenever sincere repentance takes place even if sin is repeated.

Abu Hurairah reported that the Messenger of God said, “By the One in Whose Hand my soul is! If you did not commit sins, God would replace you with a people who would commit sins and seek forgiveness from God; and God will certainly forgive them.” (Muslim)

Though sin is evil, it sometimes leads to good. It sometimes causes a self to feel humble, abject and lowly as a result of admission of sin, acknowledgement of shortcoming and recognition of forgiveness. This feeling would not have been got by such an infallible, sinless self.

Consequently, God wants repentance from all of His creatures without discrimination. In this regard, there is no difference between prophets and other people. All are the same in this respect. Thus, repentance by prophets is still equally desirable. About that, we read in the Qur’an:

And [he was told], “Throw down your staff.” But when he saw it writhing as if it were a snake, he turned in flight and did not return. [Allah said], “O Moses, fear not. Indeed, in My presence the messengers do not fear. Otherwise, he who wrongs, then substitutes good after evil – indeed, I am Forgiving and Merciful. (An-Naml 27:10-11)

In this sense, the slight flaws of some prophets which are reported in the Qur’an or the Sunnah (prophet tradition) can be understood.

Accordingly, under Islam, there is a palatable belief in logical infallibility of the prophets. Prophets are neither as absolutely infallible as angels nor are they portrayed as adulterers and drunkards.

The Infallibility of Prophets in Christianity

Though Christianity recognizes the high standing of prophethood and the merits of prophets in the Bible, it still abounds in serious misdeeds and major sins which do not beseem not only prophets but also any decent person.

For example, the Bible portrays Prophet Noah as such a drunkard who drinks and gets uncovered. We read: “And Noah began to be a husbandman, and he planted a vineyard: And he drank of the wine, and was drunken; and he was uncovered within his tent.” (Genesis 9:20-21)

Likewise, the Bible portrays Prophet David as a lecher. We read: “And David sent and enquired after the woman. And one said, Is not this Bath-sheba, the daughter of Eliam, the wife of Uriah the Hittite? And David sent messengers, and took her; and she came in unto him, and he lay with her; for she was purified from her uncleanness: and she returned unto her house. And the woman conceived, and sent and told David, and said, I am with child.” (2 Samuel 11:3-5)

Biblical instances of commission of major sins by prophets are numerous. So, we should find out the secret behind drawing prophets in such disgraceful portraits in the Bible. We may ask: if prophets were really indecent like that, how could they guide people to the way of God? It is quite apparent that those prophets stood in need of guidance according to the Bible.

It is safe to say that the absence of the concept of prophets’ infallibility in Christianity is attributable to a more corrupt and disappointing concept which is the belief in mankind’s contamination with an unforgivable sin.

According to this modern Christian belief, nobody is free from this sin except Jesus not for he is, for example, an infallible human being, but for he is a demigod (half-God) or specifically one-third of God.

Since mankind is contaminated and uncleanable, the only solution in the contemporary Christianity was having Jesus (the demigod) killed by mankind so that humanity can be decontaminated and cleansed of sin.

But, how can the sin of murder lead to the forgiveness of any other sin? Does the utmost sin, that is homicide, lead to punishment or forgiveness?

With the above conclusions in mind, we do not find it strange to have the Bible attributing immoralities to the prophets of God. Undoubtedly, the above belief is apparently corrupt given the perversion of the concept of prophethood itself in the present-day Christianity.

Prophets are people whom God guided and selected to guide people through them. Were it not for the dispatch of prophets to people and the response of some people to God through them, humanity would have been doomed and the world would have come to an end.

It is intuitive that the world’s survival is pending the worship of God therein. If such worship ceases to exist, punishment will be surely administered. In the Qur’an, we read:

And indeed, they were about to drive you from the land to evict you therefrom. And then [when they do], they will not remain [there] after you, except for a little. (Al-Israa’ 17:76)

The above verse signifies that people’s disbelief in Prophet Muhammad and the heavenly message he carried to them would have certainly led to their destruction and ruin. This was the divine norm which was applicable to all past nations. God used to destroy the nations which disbelieved in their prophets.

Since the world continues to exist, this itself is sufficient evidence for continued faith and goodness and, consequently, prophets’ integrity and the guidance of people through them.

How would redemption have helped if people had insisted on evil and sin? The murder of Jesus would not have made nothing new but the wrongful bloodshed of an innocent person, that is to say the addition of a hideous crime to the criminal record of humankind.

_________
Read Also:
The Infallibility of Prophets between Islam and Christianity (2/2)
Soucre Link