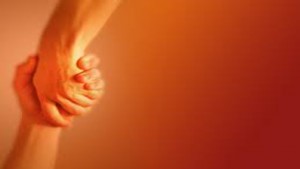 There is no denying that Islam as the true religion of God was revealed to ensure the worldly and otherworldly well-being of all mankind on an equal footing. Indeed, this religion was not intended for a certain people, race or ethnicity. The interests of all humanity as a whole are taken into consideration.

In Islam, there is no discrimination against anybody, either certain Muslims or non-Muslims. According to Prophet Muhammad, in the sight of God, all people are equal like the teeth of a comb and nobody may be deemed better than another except based on piety and good works. (Al-Bayhaqi) Human solidarity is such a principle which is frequently stressed in Islam.

For many people, human solidarity may mean ending poverty, achieving shared prosperity and peace, protecting the planet and fostering a life of dignity for all.(1)

No matter how human solidarity may be defined, it is actually inherent in Islam. Nobody may deny the unprecedented input of Islam in this field. I will give examples showing how Islam sincerely endeavored to end poverty, achieve shared prosperity and peace, protect the planet and foster a life of dignity for all.

As far as poverty is concerned, we notice that ending poverty is such a top priority of Islam which places third in the order of the very pillars of Islam. After bearing witness that there is no god but God and Muhammad is the Messenger of God and pledging to observe prayer, a Muslim undertakes to end poverty by means of alms-giving (Zakah).

The third thing to be done by any Muslim after making the testimony of faith and establishing a steady connection with God through prayer is to pay attention to his fellow brothers who are in need. In Islam, solidarity with one’s fellow brothers is not less important than nothing but one’s relationship with God and His Final Prophet.

Prophet Muhammad said: “Islam is built on five (pillars): the testimony that there is no god but God and that Muhammad is the Messenger of God, observing prayer, giving Zakah…” (Al-Bukhari)

Islam urges its followers to show compassion, solidarity and altruism both as an obligatory and supererogatory act of worship. There is a fixed, affordable contribution which is charged from each Muslim as Zakah for it to be given to the poor and the needy. There is unfixed, optional charity which each Muslim is recommended to give to his poor brothers.

The Qur’an repeatedly prompts Muslims to give in charity. In the Qur’an, we read the following verse:

Those who spend their wealth [in God‘s way] by night and by day, secretly and publicly – they will have their reward with their Lord. And no fear will there be concerning them, nor will they grieve. (Al-Baqarah 2:274)

It is quite observable that even non-Muslims have their own share in each Muslim’s contribution, given the holistic, philanthropic approach of Islam. The Qur’an tells us that Muslims can do good to non-Muslims. In the Qur’an, we read the following verse:

God does not forbid you for those who do not fight you because of religion and do not expel you from your homes – from being righteous toward them and acting justly toward them. Indeed, God loves those who act justly. (Al-Mumtahanah 60:8)

It is reported that a Jewish woman asked Lady `A’ishah for money and `A’ishah actually gave her money. In return, the Jewish woman prayed for her, saying: “May God save you from the tomb torture!” (Ahmad)

In so far as peace is concerned, Islam is the most peaceful religion by its very name. Islam itself as an Arabic word implies peace. Islam is a variant of “salam” (“peace” in English), given the state of peace which ensues after the profession of Islam.

When a person embraces Islam, he/she has the peace of mind and this is reflected in his/her dealings with everything and everyone around him/her. A Muslim derives peace from his good relationship with God. Full of peace out of attachment to God, one of His Most Beautiful Names is “Al-Salam” (“Source of Peace” in English), a true Muslim is remarkable for his/her peacefulness when dealing with Muslims, non-Muslims, animals and even lifeless things.

Under Islam, Muslims are under an obligation to promote peace either among themselves or between themselves and non-Muslims. Islam is there only to maintain peace on earth either inside man himself or among individuals and societies.

The Qur’an describes the true servants of God as so peaceful. We read the following verse:

And the servants of the Most Merciful are those who walk upon the earth easily, and when the ignorant address them [harshly], they say [words of] peace. (Al-Furqan 25:63)

In the Qur’an, God tells Prophet Muhammad to say words of peace to the unbelievers. We read the following verse:

And if they incline to peace, then incline to it [also] and rely upon God (Al-Anfal 8:61)

Deeply enrooted in the Islamic culture, peace has been made the Islamic greeting, namely As-Salamu-`Alaykum (“peace be upon you” or “peace be with you” in English). Prophet Muhammad instructed Muslims to promote peace. He said: “Spread peace among you.” (Muslim)

As regards the planet protection, Islam is the first religion to call for the environmental protection so that all people can lead happy existence in this world and live in love and peace. The Qur’an and the Sunnah of Prophet Muhammad abound in many texts where Muslims are commanded to preserve environment. For example, the Qur’an says:

Eat and drink from the provision of God, and do not commit abuse on the earth, spreading corruption (Al-Baqarah 2:60)

And do not obey the order of the transgressors, who cause corruption in the land and do not amend. (Ash-Shu`araa’ 26:151-152)

Concerning the life of dignity, Islam guarantees life of dignity for every human being, irrespective of one’s race, nationality or ethnicity. In the Qur’an, God says:

Prophet Muhammad said: “O people, your Lord is one and your father Adam is one. There is no virtue of an Arab over a non-Arab, nor a non-Arab over an Arab, and neither white over black nor black over white, except through righteousness.” (Ahmad)
_________