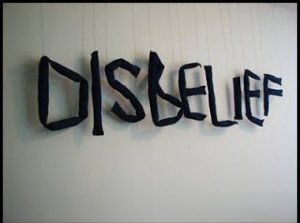 Ignoring the favors of the Creator is surely a crime beyond description.

How Do You Disbelieve in Allah?

“How do you disbelieve in Allah, seeing that you were dead and He gave you life! Then He will cause you to die, then He will give you life, then unto Him you will return.” (Al-Baqarah 2:28)

How do you disbelieve in Allah! How do you commit this act of kufr? How do you cover up this reality (the reality of Allah), seeing that you were dead – you were lifeless, not existing, not known or mentioned – and He gave you life?

How do you disbelieve in Allah! How with unlimited number of question marks and exclamation marks. This statement demonstrates how strange and unnatural this act of kufr (disbelief) is, being aware that one did not exist before and thus ignoring the Cause of existence. How would you disbelieve in the One Who gave you life and will cause you to die? And not only that but will give you life again and then calls you for accountability.

How do you disbelieve in Allah! How do you inflate yourselves with false pride, which is the main key of kufr, knowing that you were dead and will certainly go back to that state? Being aware of your beginning and of your end, and seeing that you have no control over both, you are indeed expected to be humble without having one iota of pride.

When we see an individual treating his or her mother badly, we become astonished and hate that kind of behavior. Surely our astonishment and hatefulness of such behavior increase when we realize the continuous effort of the mother and the care she provides her child with. The action of such individual is clearly a severe act of ungratefulness. And if this is the case, then what about the One Who created us and our mothers, the One Who provides for us and for our mothers? It becomes then clear that the act of ignoring the favors of Allah (glory be to Him) exceeds all limits of injustice and ungratefulness. Ignoring the favors of the Creator is surely a crime beyond description.

Allah is indeed our Owner. We are His property. A property that is completely dependent and is disparately in need of its Owner. And an Owner Who is in no need to His property and His property does not in any way increase His unlimited richness.

How do you disbelieve in Allah! How do you deny the resurrection and accountability, knowing that you were dead and Allah gave you life? It is extremely ignorant to doubt the ability of Allah (glory be to Him) – the One Who originated you to give you life again. And it is also foolish to ignore the seriousness and purposefulness that is ingrained in creation that strongly point out towards eventual accountability.

The Prophet (peace be upon him) defined shirk saying, “That you make somebody or something similar to Allah, while He created you.”

In the Qur’an Allah (glory be to Him) says:

“Yet they ascribe as partners unto Him the jinn . Although He did create them, they falsely, having no knowledge, attributed to Him sons and daughters. Glorified be He and exalted above (all) that, they ascribe (unto Him),” (Al-An`am 6:100)

We notice here, in the Qur’anic verse and the Prophet’s saying, the exclamation about the act of giving the attributes of Allah or describing Him in human terms (attributing to Allah human qualities), while Allah is the Only Creator.

It the universe and what it contains is not enough for any sane individual, proving the existence of the Creator, then there are only two possibilities. First, the individual’s mind is not functioning right, which means that the individual’s faculty of understanding is shielded by various desires and self interest. The second possibility is that there is a problem of conception. If the individual views God, for example, as a trinity or as a white bearded being located at one of the far planets or stars, then how would one prove the existence of such being!

In reality Atheism (denying the existence of God) grows and flourishes in environments or situations where wrong beliefs are being inherited or adopted. In a society where mysticism, for example, is prevalent and being practiced one would certainly find people reacting properly or improperly to such nonsense, going to various directions like Atheism, Agnosticism or rarely the correct belief and understanding.

At times one hears some Muslims talking about the difficulty to prove the existence of God which is indeed unexpected and saddening. This kind of claim should only come from people following and promoting other belief systems that are not based on understanding and evidence. This is because if such people prove the existence of God logically, they would be unable to continue this process for unproven illogical other aspects, like for example, the trinity or the attributes claimed to be acquired by the so called saints.

Proving the existence of God is so simple to demonstrate and understand. One does not need to have a special experience, study or training. What is needed is simply the life experience of being here surrounded with the universe and its components (including humans and their life supporting systems).

Some people also claim that the belief in God is something internal; that is based on one’s internal feelings. Surely the human nature, the built-in nature (the Fitrah), is a factor in the individual confirmation of the existence of God, but it is certainly not the only evidence. Furthermore, the human’s built-in nature can be covered up with all kinds of whims and desires and thus becomes unable to function property. Therefore, depending on the inner feelings as the sole factor of proving the existence of God is clearly erroneous.

What can be said here is that the Fitrah, the uncorrupted built-in nature of the human, resonates happily with the Truth. It resonates greatly with the overwhelming evidence proving the existence of the Creator and describing His unimaginable great attributes.