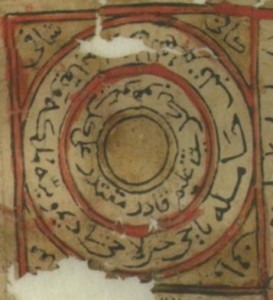 The 15th-century German craftsman Johannes Gutenberg of Mainz is often credited with inventing the art and craft of printing. There is no doubt that this brought about a tremendous revolution in human communication and accumulation of knowledge, but was it really “invented” in 15th-century Europe? Gutenberg does seem to have been the first to devise a printing press, but printing itself, that is, making multiple copies of a text by transferring it from one raised surface to other portable surfaces (especially paper) is much older. The Chinese were doing it as early as the 4th century, and the oldest dated printed text known to us is from 868: the Diamond Sutra, a Chinese translation of a Buddhist text now preserved in the British Library.

What is much less well known is that, little more than 100 years later, Arab Muslims were also printing texts, including passages from the Qur’an. They had already embraced the Chinese craft of paper making, developed it and adopted it widely in the Muslim lands. This led to a major growth in the production of manuscript texts. But there was one kind of text which lent itself particularly to mass distribution: this was the private devotional collection of prayers, incantations, Qur’anic extracts and the “beautiful names” of God, for which there was a huge demand among Muslims, rich and poor, educated and uneducated.

So in Fatimid Egypt, the technique was adopted of printing these texts on paper strips, and supplying them in multiple copies to meet the mass demand. Several have been found by archaeologists in the course of excavations at Fustat (old Cairo), and the archaeological context has made it possible to date them to the 10th century. Other examples have come from various sites in Egypt, where the dry climate has helped to preserve them. The style of Arabic script used varies between late Kufic and different cursive naskh and other styles used in the Mamluk period (13th-16th centuries).

One good late example is printed on Italian watermarked paper of the 15th century. So Muslim printing continued for about 500 years. We do not know whether it may have influenced the eventual adoption of printing in Europe: there is no evidence, but the possibility cannot be ruled out, especially as the earliest European examples were block-prints. It has even been suggested that the Italian word tarocchi, meaning tarot cards (which were among the earliest block-printed artifacts in Europe), may have derived from the Arabic tarsh. But this is a highly speculative theory, and more evidence will be needed before it can be accepted. Some of these printed documents display quite sophisticated designs involving calligraphic headpieces, transverse lettering, geometric panels, roundels, and the use of color.

There is also a great variety of script styles. Nearly 60 examples of these Arabic printed pieces survive in European and American libraries and museums, and an unknown number in Egypt itself. One example, in private hands, may have been produced in Afghanistan, or Iran, where it is known from historical sources that paper money was also printed in the Mongol period. There are very few historical or literary references, however, to the production of printed texts. It has been suggested that this non-classical Arabic term signified tin plates with engraved or repoussé lettering, from which printed impressions were made. But it is also possible that Chinese-style wood-blocks were used. The exact techniques are still in doubt. What is not in doubt is that Muslims were practicing the craft of printing for some five centuries before Gutenberg.

FSTC stands for the Foundation for Science Technology and Civilization. The Foundation for Science, Technology and Civilisation (FSTC) is a British not-for-profit, non-political, and non-religious organisation founded in 1999 by a group of philanthropic historians, scientists, engineers and social scientists. It is dedicated to researching and popularising the history of pre-Renaissance civilisations, especially the Muslim civilisation, that have had an impact upon the scientific, technological and cultural heritage of our modern world.