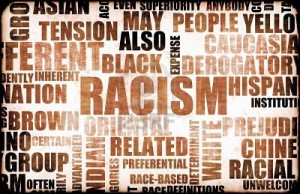 Islam teaches that all people are equal and the only difference between people is their level of piety and God consciousness.

Take a moment to think back to your school days and see if you remember an incident when someone you knew was racially mocked. Most likely you do – maybe it was a gesture, a joke or even a physical attack. The reality is that this type of bullying can affect the life and self-esteem of the victim for the rest of their life.

Most people may think that we have moved into the 21st century without the racial tensions and prejudices that have plagued our world in the past. Following the victory of the second world war in the 40’s, the U.S. Civil Rights Movements of the 60’s, the disintegration of past apartheid states in the 90’s, and the appointment of a black U.S. president in the new century, we do see greater integration in the world today…but the disease of racism continues to dwell amongst us, as many will testify:

“Racism is still with us. But it is up to us to prepare our children for what they have to meet, and, hopefully, we shall overcome.” Rosa Parks, American Civil Rights Activist

So racism still exists in societies today. Maybe it’s more hidden and subtle but the effects of it are still present, requiring us to educate ourselves on how to deal with it.

As one famous man once said; “To me the earth’s most explosive and pernicious evil is racism, the inability of God’s creatures to live as One, especially in the Western world.” Malcolm X – El-Hajj Malik El-Shabazz

There are many groups and individuals that still hold abhorrent views of other people who are of a different race or caste, an arrogant hatred stemming from feelings of racial superiority. We, as Muslims, are calling people to stand up against such views, whether held within our circle of friends, families, colleagues or communities – ‘Against Racism, Against Hatred’.

Islam teaches that all people are equal and the only difference between people is their level of piety and God consciousness. In the Qur’an, it clearly states:

O mankind, indeed We have created you from male and female and made you peoples and tribes that you may know one another. Indeed, the most noble of you in the sight of Allah is the most righteous of you. Indeed, Allah is Knowing and Acquainted. (Al-Hujurat 49:13)

In a further verse from the Qur’an:

And of His signs is the creation of the heavens and the earth and the diversity of your languages and your colors. Indeed in that are signs for those of knowledge. (Ar-Rum 30:22)

The Prophet Muhammad (peace be upon him) is authentically reported to have said: “Allah does not look at your appearances or wealth but looks at your actions”. (Muslim)

The Prophet (peace be upon him) also reiterated this point in his last sermon to the people, as can be seen from the following excerpt:

As can be seen from the above quote, Islam is the antidote to racism, since in Islam there is no tolerance for racism. Muslims feel it is a duty to convey these messages within our wider society and work towards the common good, both in word and deed.

Hajj as a Shift against Racism

Many Muslims who have been blessed to make Hajj often speak of how the journey is a life-changing experience. This is more the case for some than others.

Malcolm X is one Muslim who saw the light of true Islam through his Hajj in April 1964. As a former member and speaker for the Nation of Islam, a black spiritual and nationalist movement, he believed that the white man was the devil and the black man superior.

After leaving the Nation of Islam in March 1964, he made Hajj, which helped change his perspective on whites and racism completely.

Here is an excerpt of a letter El Hajj Malik El Shabazz wrote about his Hajj experience. In it, he explains what it was during this blessed journey that made him so profoundly shift his perspective on race and racism:

“There were tens of thousands of pilgrims, from all over the world. They were of all colors, from blue-eyed blondes to black-skinned Africans. But we were all participating in the same ritual, displaying a spirit of unity and brotherhood that my experiences in America had led me to believe never could exist between the white and the non-white.

You may be shocked by these words coming from me. But on this pilgrimage, what I have seen, and experienced, has forced me to rearrange much of my thought patterns previously held, and to toss aside some of my previous conclusions. This was not too difficult for me. Despite my firm convictions, I have been always a man who tries to face facts, and to accept the reality of life as new experience and new knowledge unfolds it. I have always kept an open mind, which is necessary to the flexibility that must go hand in hand with every form of intelligent search for truth.

During the past eleven days here in the Muslim world, I have eaten from the same plate, drunk from the same glass and slept in the same bed (or on the same rug)-while praying to the same God with fellow Muslims, whose eyes were the bluest of the blue, whose hair was the blondest of blond, and whose skin was the whitest of white. And in the words and in the actions and in the deeds of the ‘white’ Muslims, I felt the same sincerity that I felt among the black African Muslims of Nigeria, Sudan and Ghana. We are truly all the same-brothers. All praise is due to Allah, the Lord of the worlds.”

Source: Taken with modifications from: